Payments intended to support the countryside are going to urban areas, say scientists. And poorer farming regions are losing out to those that are intensively cultivated. Consequently, the majority of income support is going to those causing most environmental damage – with the fewest eco-friendly practices and jobs. Study lead author Professor Kimberly Nicholas said the cash would pay for the EU Biodiversity Strategy which aims to protect the environment.

She said: “Our analysis shows at least 24 billion euros (£21.7billion) per year goes to income support in the richest regions.

“Meanwhile, the poorest regions with the most farm jobs are being left further behind.”

Long-championed by the French, it has been hit with scandals over waste, fraud and mismanagement.

In the 1980s, it led to the creation of notorious butter mountains and wine lakes.

Over 80 percent of payments are received by just one in five farmers. But how much they support goals is poorly understood, due to a lack of transparency and complex reporting. Professor Nicholas, of Lund University, Sweden, said: “That misspent money would more than cover the 20 billion euros (£18billion) per year needed to meet the EU’s Biodiversity Strategy.” 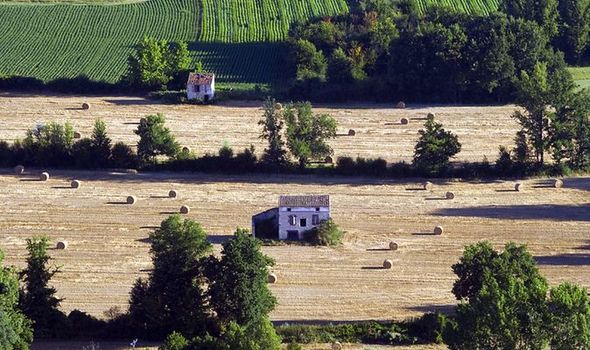 This tackles unsustainable use of land and sea, over exploitation of natural resources, pollution and invasive alien species.

Researchers mapped geographical locations, amounts and purposes of CAP payments to all farmers from 2015 to analyse how the money is spent.

Co-author Prof Mark Brady, an economist at the Swedish University of Agricultural Studies, said: “We show in black and white current spending is exacerbating, rather than reducing income inequality among farmers, and payments intended to support rural development are going to urban areas.

The researchers say the results, published in One Earth, are timely.

Prof Nicholas added: “Right now, the farming regions with the highest greenhouse gas emissions from intensive livestock production are getting paid to pollute.

“Farm payments should be needs and results-based to ensure social and environmental benefits.”