The Conservative Party MP joined Sky News presenter Kay Burley on Tuesday morning to discuss ongoing talks to clear the impasse over the Northern Ireland Brexit protocol. Brussels and London have clashed amid reports Boris Johnson is considering extending the grace period for chilled meats imports to the province which is due to end in July. The European Union has responded with a threat of a “swift” retaliation, however, Mr Eustice branded any attempts to halt the movement of meats into Northern Ireland as “nonsensical.”

Mr Eustice told Sky’s Kay Burley: “What you have to bear in mind is that the protocol always envisioned that both parties which show best endeavors to make the Northern Ireland protocol work.

“What we really need to EU to do is to respect that part of the protocol and put in place sensible measures.

“To remove things like the nonsensical ban on selling sausages or chicken nuggets to Northern Ireland.” 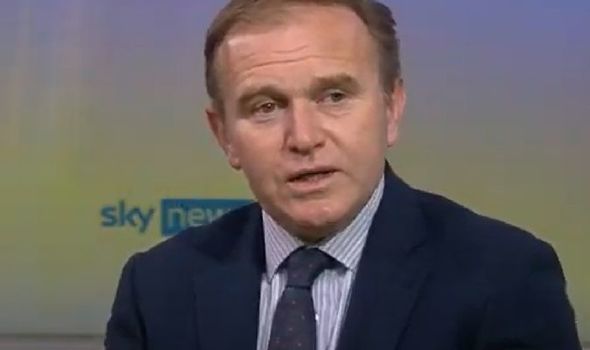