Boris Johnson is backing a multi-million pound series of state loans to help industries hit by the rise in global gas prices, according to reports.

Business Secretary Kwasi Kwarteng has submitted a formal bid to the Treasury for assistance as high energy costs have led to fears businesses could shut factories or even close down entirely.

Mr Kwarteng issued the request on Monday, Sky News understands and The Times reports that Mr Johnson supports the plans. Under the plans, companies threatened with closure would be given loans to prevent them from shutting down over the winter and to stop thousands of jobs from being lost.

Mr Kwarteng held talks with industry leaders last week and ministers and officials are set to continue discussions with businesses throughout the week.

The business secretary has pledged to keep the energy price cap in place to help households struggling with rising costs.

However, no new support for businesses has been promised, despite bosses and some Tory MPs calling for help to prevent them going under amid the sharp rise in wholesale prices.

Industries including ceramics, paper and steel manufacturing are thought to be worst hit.

The Times said Mr Johnson wanted to see the loan scheme implemented quickly, despite concerns from the chancellor, Rishi Sunak. 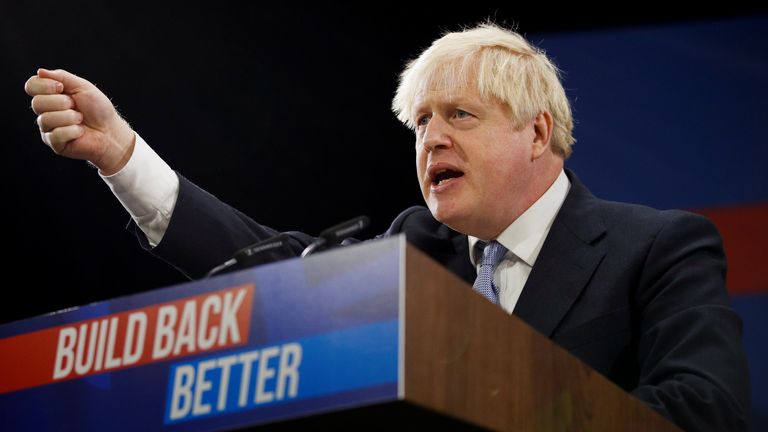 It comes after Tory frontbencher Lord Agnew of Oulton said soaring energy costs were nothing to do with supply shortages, but were due to a “geopolitical move” by Russia to put pressure on Europe.

The Treasury minister’s comments appeared to go further than the government in pointing the finger directly at Moscow for the current crisis.

It follows claims Russia has been limiting gas supplies in order to encourage regulators in Europe to move quickly to certify the controversial new Nord Stream 2 pipeline.