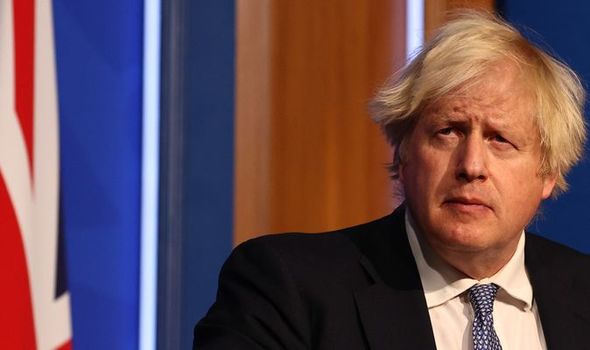 The electoral commission found the party had failed to “accurately report a donation and keep a proper accounting record” over the redecoration of Boris Johnson’s Downing Street flat.

A probe was launched by the watchdog earlier this year after accusations the Prime Minister has used a party donation to pay for the make-over of his official residence.

The donor’s money, paid to the Conservative Party, was used to cover the initial cost of the redecoration before being paid back by Mr Johnson at a later date.

A separate investigation by the Prime Minister’s adviser on standards had already cleared Mr Johnson of any personal wrongdoing, saying he has acted “unwisely” but not broken the ministerial code.

The Electoral Commission found that the Conservative Party failed to “fully report” a donation to the party for £67,801.72, which was connected to the refurbishment.

It found that decisions relating to the handling and recording of the donation reflected “serious failings in the party’s compliance systems”.

Louise Edwards, director of regulation at the Electoral Commission, said: “The party’s decisions and actions reflected serious failings in its compliance systems.

“As a large and well-resourced political party that employs compliance and finance experts, and that has substantial sums of money going through its accounts, the Conservative Party should have sufficiently robust systems in place to meet its legal reporting requirements.”

A fine of £17,800 was handed out for “failing to accurately report a donation and keep a proper accounting record”.

A Conservative spokesman said following the findings: “We are considering whether to appeal this decision and will make a decision within 28 working days.”

Mr Johnson is already under increased pressure over accusations No10 staff broke Covid rules last Christmas to hold a party.