The government has been urged to “pick up the pace” in getting CO2 monitors to schools as latest figures revealed more than half of the promised 300,000 devices are still yet to be delivered.

According to Department for Education data, 144,723 CO2 monitors had been given to state-funded schools and colleges by the end of last week.

Under a £25m programme, the government has pledged to deliver 300,000 devices by the end of the current autumn term.

Live COVID updates from the UK and around the world 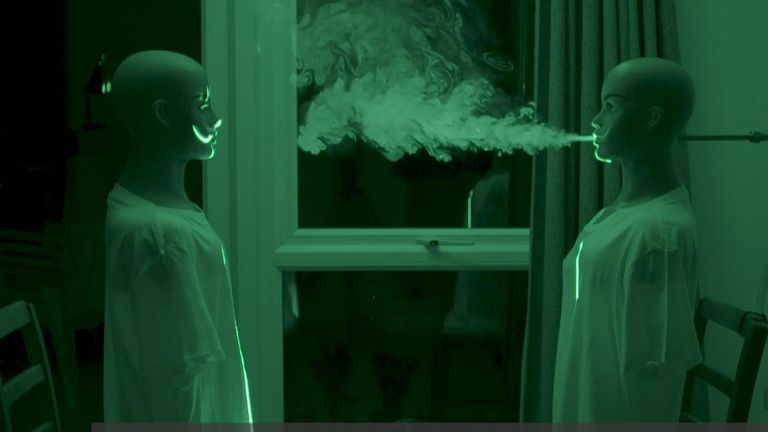 The devices have been hailed by ministers as a means of allowing school and college staff to quickly identify where ventilation needs to be improved in buildings, as part of efforts to prevent the spread of COVID-19.

Separate figures have shown that the number of children out of school for COVID-19 related reasons in England rose to nearly a quarter of a million in the week before the October half-term.

The DfE estimates that 3.2% of all pupils – around 248,000 children – were not in class for reasons connected to coronavirus on 21 October.

Teaching unions have called on the government to ensure CO2 monitors are delivered to all schools as quickly as possible, although the DfE insists the rollout of the devices is “on track”. 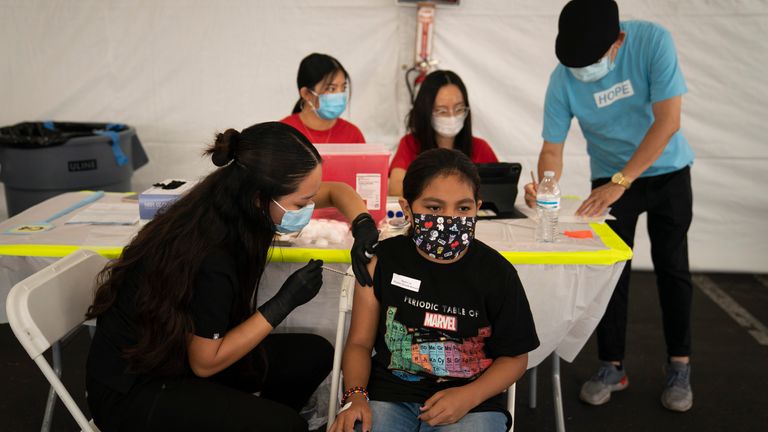 Geoff Barton, general secretary of the Association of School and College Leaders, said: “The government seems to be proud of its achievement of getting just short of 145,000 CO2 monitors out to schools and colleges

“But this is less than half of the total it originally promised way back in August as a response to the spread of the coronavirus.

“Whilst it is good to hear that the priority deliveries to special schools, alternative provision settings and residential schools have been completed, it is not clear how many mainstream settings have now received their monitors.

“Our suspicion is that most schools and colleges are still waiting and the government must show some urgency and pick up the pace of the rollout.”

Mr Barton also urged the government to “do more” and provide cash for “high-quality ventilation equipment”.

“Even when schools and colleges receive their CO2 monitors, all they do is alert staff to poor ventilation and the government’s advice in such events is to open doors and windows,” he added.

“With temperatures having dipped below zero in many parts of the country already and obvious budgetary concerns for schools and colleges over rapidly rising energy costs, the government must now do more and provide funding for high-quality ventilation equipment.”

James Bowen, director of policy for school leaders’ union NAHT, said: “These latest figures show that less than half the CO2 monitors the government has said it will send to schools have been delivered to date.

“We still have no data on how many individual schools have actually received the monitors and how many are still waiting.

“We are certainly hearing from schools that have not received any yet, despite the policy being announced back in August.

“Given how important good ventilation is, it’s vitally important that these devices get out to all schools as quickly as possible.” 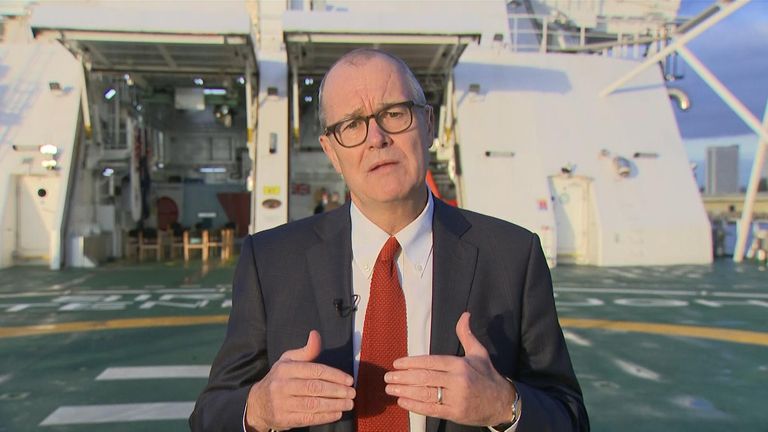 A Department for Education spokesperson said: “Our rollout of at least 300,000 carbon dioxide monitors to schools, backed by £25m in government funding, is on track with almost half already delivered and the remainder to be delivered this term.

“Deliveries to special schools and alternative provision settings are now complete and schools are generally finding the monitors to be a helpful tool to manage ventilation, sitting alongside the other protective measures in place to manage transmission, such as regular testing, vaccinations and increased hygiene.

“We encourage anyone eligible who hasn’t yet had the vaccine to get the vaccination , and all secondary and college students to keep doing their two rapid tests each week – and record the results.”