WASHINGTON (Reuters) – With coronavirus cases reported in all 50 U.S. states, lawmakers in Washington are working to limit the economic damage from the widening epidemic. To do so, they must overcome another problem – partisan gridlock. 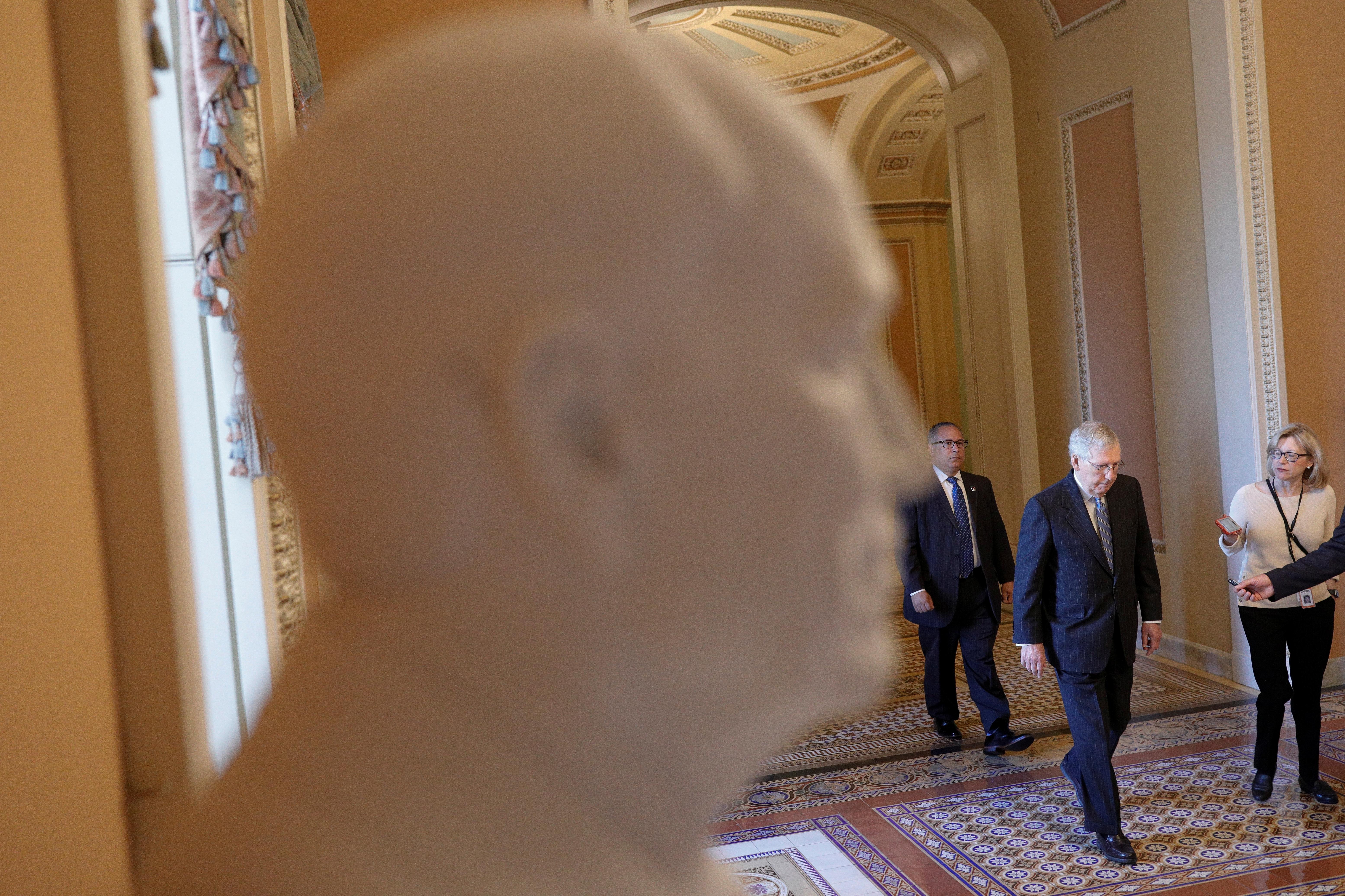 The Republican-controlled Senate is expected on Wednesday to vote on a roughly $105 billion aid package that bolsters safety-net programs and provides free testing for the highly contagious coronavirus that causes the COVID-19 respiratory disease.

The Democratic-controlled House of Representatives passed the package by an overwhelming bipartisan margin on Saturday.

Senate Majority Leader Mitch McConnell is urging his colleagues to approve it quickly.

“Gag and vote for it,” he said at a news conference on Tuesday.

That may be difficult for some Senate Republicans who worry that the proposed legislation’s sick-leave provisions could heap costs on small businesses. Others have objected it does not cover those who work at corporations that employ more than 500 people.

Senator Rand Paul, a conservative Republican, will offer an amendment to pay for the new spending in the legislation, said Sergio Gor, a spokesman for Paul. “This would include ending our decades-long involvement in Afghanistan,” he said.

Still, the Senate is expected to approve the bill this week and immediately turn to a third effort, after U.S. Treasury Secretary Steven Mnuchin privately warned that unemployment could hit 20% if Congress does not act.

The third package could include popular items, like giving $1,000 checks to Americans, and less popular items, such as an expensive bailout for airlines that risk falling into bankruptcy due to the sharp decline in travel due the outbreak.

It was unclear when that would be passed or how soon Americans would get the money, but President Donald Trump took to Twitter early Wednesday morning to push the effort.

“For the people that are now out of work because of the important and necessary containment policies, for instance the shutting down of hotels, bars and restaurants, money will soon be coming to you,” Trump said in his tweet.

McConnell said lawmakers were working as rapidly as possible on the third package. “But first, we need to pass the House bill, which hopefully we’ll do later today,” he said on the Senate floor.

Mindful of the backlash to the bank rescue package put together during the 2008 financial crisis, Republicans working on the third effort say it does not amount to a bailout of the industry.

“Chairman Shelby opposes bailouts,” said Blair Taylor, a spokeswoman for Republican Senator Richard Shelby, who is working on the effort.

Separately, the Trump administration on Tuesday night also asked Congress for another $45.8 billion to shore up U.S. agencies responding to the outbreak.

It would also give extra funds to help beef up sanitation efforts at airports, provide extra protective gear to federal agents, bolster cybersecurity protections, improve teleworking capabilities and shore up the Amtrak passenger rail service, which has seen a steep drop in ridership.

Health officials have advised Americans to avoid non-essential travel and large gatherings in an effort to stop the spread of the coronavirus, which has infected more than 6,500 people across the country and killed at least 115.

McConnell on Wednesday warned his fellow senators to abide by the containment guidelines, admonishing them against congregating as they normally do during votes, especially at the “well” of the chamber where staffers work.

“Come in and vote and leave,” said McConnell, who also announced that the Senate’s typical 15-minute roll-call votes would be extended to 30 minutes so that members did not all rush into the chamber at once.

Disputes over taxes and spending have repeatedly brought Washington to a standstill over the past decade, but lawmakers so far have overcome their partisan divisions to confront the crisis.

Congress quickly approved an initial $8.3 billion package to boost the medical response to the pandemic, and the House-passed bill enjoyed broad support from both Republicans and Democrats.

Sick-leave and family-leave provisions alone in the House-passed legislation would cost $105 billion, according to the Joint Committee on Taxation.

Mnuchin said the third package could cost $1.3 trillion – surpassing the $838 billion in stimulus provided by the American Recovery and Reinvestment Act of 2009, which passed Congress with only a handful of Republican votes. 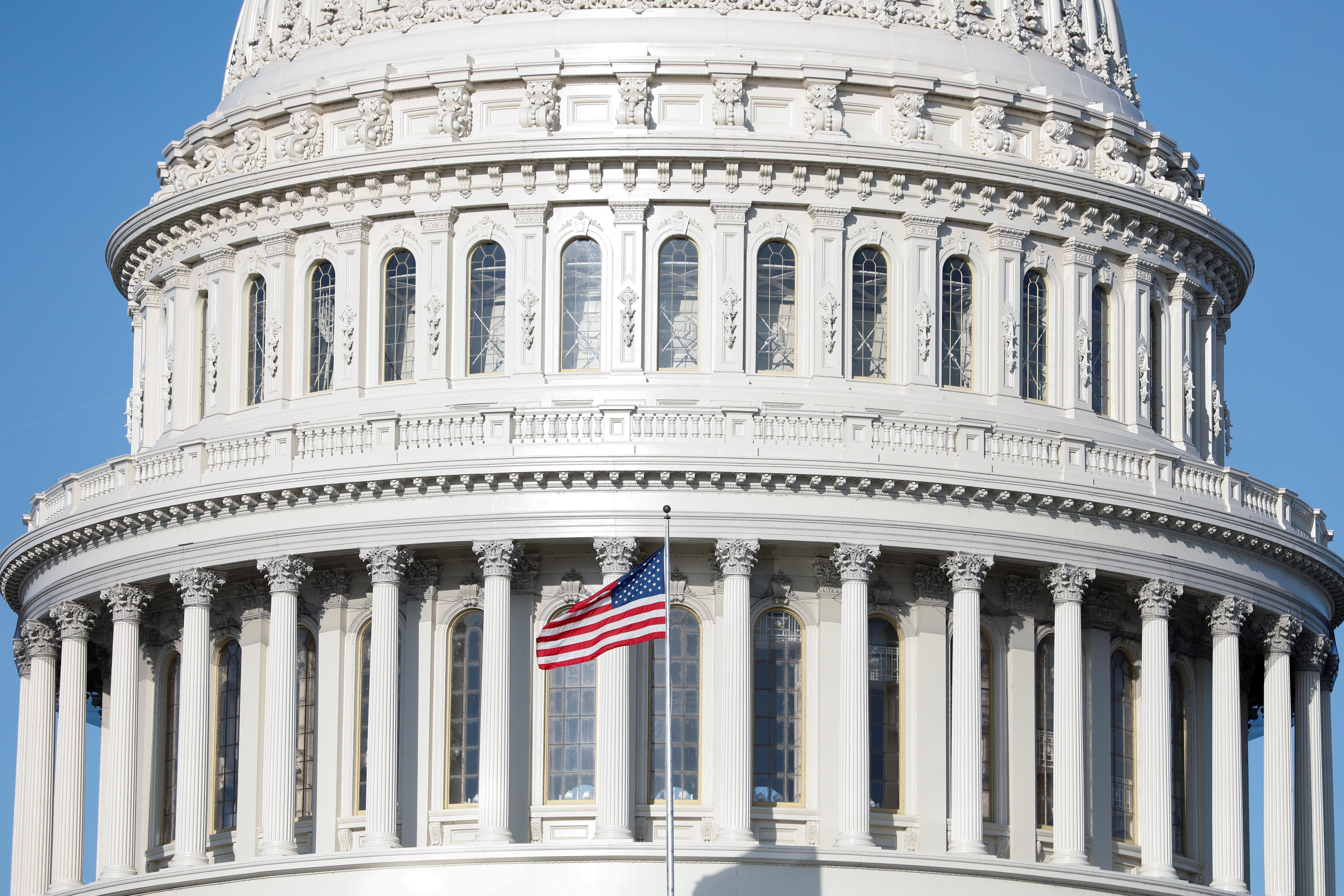 Conservatives like Republican Senator Tom Cotton are calling for it to include expanded safety-net benefits.

Lawmakers from both parties also have lined up against Trump’s proposed payroll tax cut on the grounds that it would take too long to make a difference and would not help those who lose their jobs.