The Accession Council made up of 200 of the 700 Privy Counsellors – Britain’s most senior politicians – will gather in the State Apartments of the Palace this morning to confirm the new King in his absence. The event, which will be televised live for the first time, has not been seen for more than seven decades since King Charles’ late mother, Queen Elizabeth II, was proclaimed after the death of her father George VI. Attendees included former Labour minister Lord Mandelson, First Minister Nicola Sturgeon and former Lib Dem deputy Prime Minister Nick Clegg.

Privy Counsellors are appointed to advise the monarch and are made up of current and former cabinet members as well as the Leader of the Opposition and former holders of that title.

The new Lord President of the Council is Leader of the House of Commons and former leadership candidate Penny Mordaunt who was only appointed to her post via Zoom by the late Queen on Tuesday night.

The Accession Council today saw the current cabinet invited and Sir Keir Starmer with a ballot for the other 200 spots because currently there are 700 Privy Counsellors. 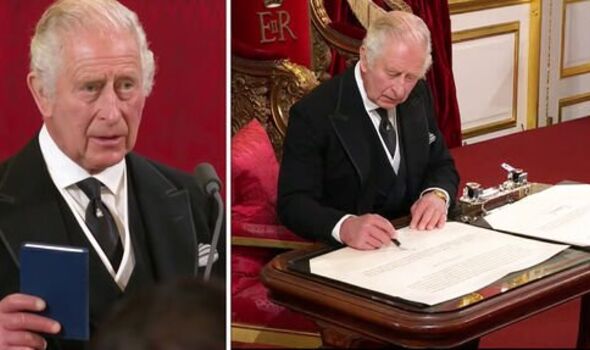 The Accession Council, attended by Privy Counsellors, was divided into two parts. In the first part Privy Council, without The King present, proclaim the Sovereign, and formally approve various consequential Orders, including the arrangements for the Proclamation.

The King will now make his declaration and read and sign an oath to uphold the security of the Church in Scotland and approve Orders in Council which facilitate continuity of government.

The legal status of the Proclamation comes from the Act of Union 1707 which also included the Oath to uphold the security of the Church of Scotland because the Monarch is the official head of the Church of England.

However, the tradition goes as far back as the Saxon kings before the Norman Conquest. 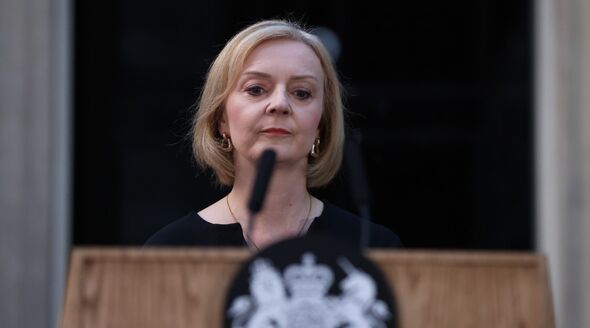 Later this morning the Accession Council will be followed by the Principal Proclamation, which will be read at 11am from the balcony overlooking Friary Court at St James’s Palace. The Proclamation will be read by Garter King of Arms, accompanied by the Earl Marshal, other Officers of Arms and the Serjeants at Arms.

Then, at 12pm, a second Proclamation will be read in the City of London, on the steps of the Royal Exchange.

Upon accession, a new sovereign is also required to make what is known as the Accession Declaration. This is not usually made at a meeting of the Accession Council but in the presence of Parliament on the first State Opening following the monarch’s accession to the throne or at their coronation, whichever occurs first. King George VI made the declaration at his coronation.

The House of Commons will then sit today where the Prime Minister Ms Truss and other senior members of Parliament will retake their oath of allegiance to mark the accession of the new Monarch.