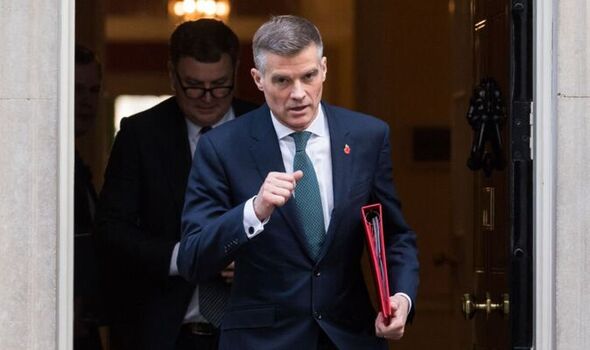 Lawyer Nazir Afzal urged ministers to set up the probe after he compiled a report on the toxic culture in Britain’s biggest fire service. After exposing racism and misogyny in the London Fire Brigade, Mr Afzal was also contacted by members of the NHS, the BBC, the military and five police forces with similar allegations.

A high profile TV presenter was among those getting in touch, the former Chief Crown Prosecutor for the North West revealed – and he said he hoped his report would open the “floodgates”.

Describing a “pandemic” of workplace prejudices, Mr Afzal concluded: “I ask anyone who’s rushing to judgment on the LFB to look in the mirror and look at themselves because they will see similar things happening.”

The review came after 21-yearold firefighter Jaden Francois- Esprit, took his own life in 2020.

A female firefighter told the review that the threshold for bullying is so high you “have to gouge someone’s eyes out to get sacked”.

The review also found a black firefighter was subjected to racist bullying, which culminated in a mock noose being placed above his locker.

Transport Secretary Mr Harper told Sky’s Sophy Ridge on Sunday: “I don’t think you want every organisation in the entire country? to be setting up inquiries all over the place.

“But I do think all leaders of organisations should look at that report… and think about what they need to do to make sure it couldn’t [happen in their workplace].”