Ben Habib says Westminster is ‘not standing up for unionism’

While the sum is considerably less than the £14.4billion paid during our final year of EU membership, it is still equivalent to about £233 for every UK household. Critics described the payments to Brussels as “utter madness”. Former Brexit Party MEP Ben Habib said: “These are not small sums, they are massive. This is not taking back control of our cash.”

The money is just a tiny part of the Brexit divorce bill agreed as part of the 2019 Withdrawal Agreement. In its annual accounts for 2020, Brussels said that Britain would have to pay another £35billion to settle the bill.

The Office For Budget Responsibly had predicted the figure would be around £2billion less once the final payment is made, possibly in the 2060s.

The financial settlement was agreed as part of our split from the bloc, covering the cost of EU projects the UK signed up to as a member and the pensions of our former MEPs and eurocrats. 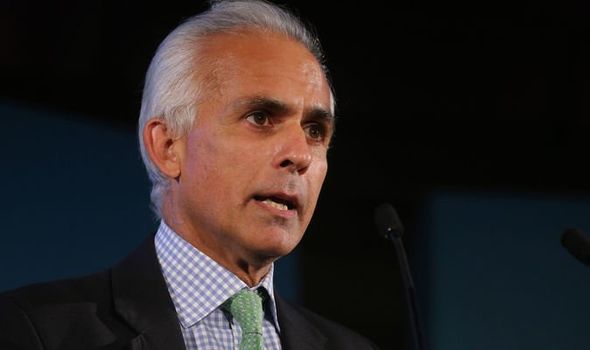 EU officials estimated that the pensions settlement would run to about £12.3billion, while other commitments would cost taxpayers £24.2billion.

The UK is expected to claw back around £1.5billion from cash being held by the bloc after slapping massive fines on firms, such as Google, while we
were members.

A Government spokesman said: “This is just an accounting estimate and does not reflect the exact amount the UK is expected to pay to the EU this year.

“We will publish detail on payments to and from the EU made under the financial settlement in the EU Finances Statement later this year.”