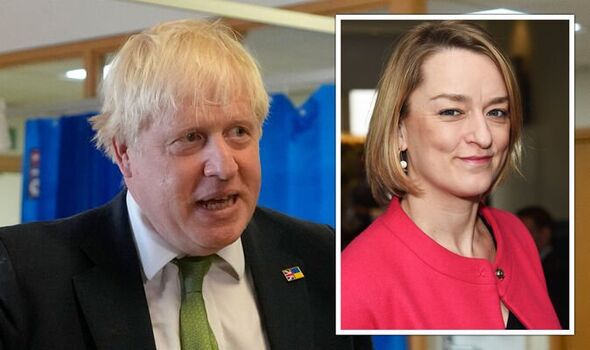 The BBC’s former political editor told the Sunday Times that Mr Johnson had been a Prime Minister of “huge consequence”, adding that his role in the debate “tipped” the balance towards the UK exiting the EU. She said: “He will, without doubt, always be seen as a prime minister of huge consequence.

“Because whatever you think of the UK decision to leave the EU, there’s a decent argument to be made that his involvement tipped [it], but there’s also a decent argument that if he hadn’t won the Tory leadership in 2019, it [Brexit] wouldn’t have happened.”

This contrasts the claim of former MEP Ben Habib, who writing for Express.co.uk argued that “to get Brexit done, he had to go”, adding the outgoing PM “did not have the courage to admit his monumental mistake” in failing to fix the Northern Ireland Protocol he signed into with his withdrawal agreement.

Ms Kuenssberg added there was some “latent sympathy” for Mr Johnson’s resignation among Tory MPs even if it was his own doing, claiming “they were absolutely aghast”.

Good morning from London, I’m Charles Harrison and I’ll be providing you with the latest on Brexit today.