EU ambassadors gave provisional consent to the deal on Monday in order to quickly implement the agreement before the end of the transition period on January 1. Although provisional approval was given, Brussels has set national parliaments a deadline of 3pm today in order to approve the deal. The EU is still waiting on national parliaments in states such as Sweden, who still need to give their consent.

While the EU is waiting for approval from member states, MPs will return to the House of Commons on Wednesday to vote on the deal.

The SNP has already declared it will vote against the deal, while Labour faces a civil war over its own position.

Multiple high-level MPs within the party have written to Sir Keir Starmer to demand him to vote against the deal.

Tory Brexiteers within the European Research Group will deliver their verdict on the deal today. 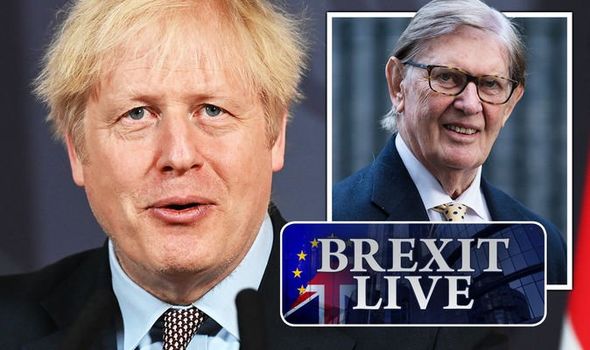 Since the release of the document, senior members including Sir Bill Cash, MP for Stone, have been analysing the document.

Although it is expected that Mr Johnson’s deal will be approved, some have criticised the agreement for betraying UK fishermen.

Cabinet Office Minister, Michael Gove has also stated businesses will face a slight period of uncertainty from the beginning of next year.

“I’m sure there will be bumpy moments but we are there in order to try to do everything we can to smooth the path.”

The EU has issued its final deadline to approve a deal today as it waits for national parliaments to approve the text.

MEPs will ratify the deal later in the year after the Commission presented the deal as an EU-only agreement.

MPs will return to the House of Commons on Wednesday in order to ratify Boris Johnson’s deal.

Despite some criticism of the agreement, it is thought the deal will pass.