Health Secretary Matt Hancock revealed Britain will join forces with the best medical regulators in the world to speed up medicine licensing. The international team will focus on authorising innovative cancer treatments swiftly and safely. Britain will be free of European Union medical red tape from January 1.

Mr Hancock said: “This means that one of the benefits of Brexit will be faster access to life-saving treatments on the NHS.”

Britain is currently bound by European Medicines Agency (EMA) rules but stops being a member of the organisation when Brexit transition arrangements end in December.

The government has informally joined Project Orbis, set up to allow medical regulators to work together to fasttrack treatments, and will officially become a member from January 1.

It means the UK’s Medicines and Healthcare products Regulatory Agency (MHRA) will work with its counterparts in the United States, Canada, Australia, Singapore and Switzerland on assessing new treatments.

Mr Hancock said the government is determined not to “lose sight” of the benefits of Brexit. 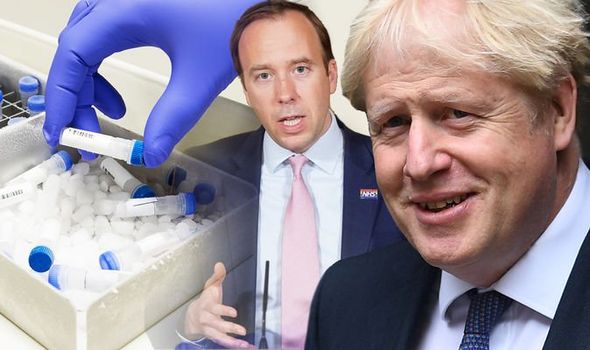 “As a member of the EMA we were constrained to operate within the European rules which are slower,” he said.

Pharmaceutical companies can submit pioneering treatments through Project Orbis to be reviewed by several countries at the same time, speeding up the process.

But the MHRA will still have independence to make the final authorisation decision for the UK.

“We are teaming up with the fastest regulators in the world to get safe licences as fast as the science allows,” Mr Hancock said.

“You have all the safety standards but you run different trials in parallel rather than one after the other and that means people can get life-saving treatments faster.

“Teaming up with Project Orbis means that we will be able to share the understanding between some of the world’s best medical regulators.

“In the first instance the focus of Project Orbis will be on life-saving cutting-edge cancer drugs.

“I feel incredibly proud that Britain’s amazing medical science and our world leading regulator are going to be able to save lives by doing what is right for Britain and right by the science in the most dynamic group of medical regulators in the world.”

Since Project Orbis was set up in May 2019 lifesaving treatments have already been approved for breast, lung, liver and endometrial cancer as well as chronic lymphocytic leukemia.

Scientific research is using the latest technology and genomic research, which Britain is a “global leader” in, Mr Hancock said.

The Daily Express has been the leading champion for patients struggling to access medical innovations.

But the Cabinet minister warned that coronavirus is making some illnesses “harder to treat”. 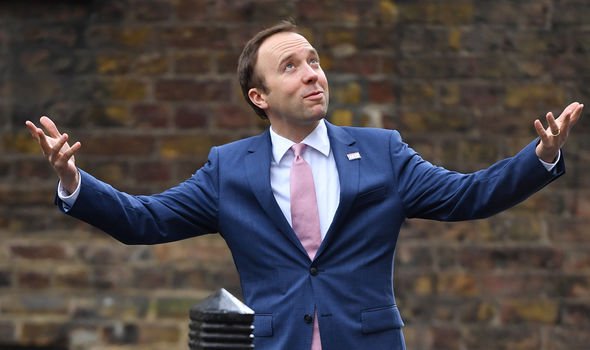 He was sent a letter by a group of GPs warning the action being taken to suppress the virus now “outweighs the benefits” because it is causing a rise in other types of death.

Mr Hancock said he had read the message but insisted the government’s response was the right one.

“We’ve got to remember that there are some things that are harder to treat when the virus is at large,” he said.

“When there’s a lot of virus cases, it’s harder to treat cancer.

“Treating other conditions is easier for the NHS when the number of cases is low.

“If Covid is out of control, that hits the NHS’s ability to treat other things like cancer. So to save lives from cancer as well as from Covid, we need to keep the virus under control.

“I’m absolutely emphatic that the best way to keep people safe from other diseases is to keep coronavirus under control.”

Mr Hancock also warned GPs that they must offer all patients appointments in person if they want one, despite the shift towards online consultations.

“GPs have Covid secure arrangements and every GP surgery should be accepting face to face visits as well as providing tele-medicine for people who want to see them from home,” he said.

The Health Secretary, who was struck down by Covid 19 at the start of the crisis, told how the coronavirus crisis has affected him.

“My view is I get out of bed in the morning and I work as hard as I can and make the best judgments I can and then I go to bed.

“I feel the weight of the responsibility on my shoulders to try to get as many decisions right as possible.

“I don’t get all the calls right, nobody ever does. But I feel a very strong sense of duty to do the best I can.”

Mr Hancock said he was inspired by the millions of Britons who are “doing their bit”.

“Fighting a pandemic is a team effort and the whole country is on the same side.”

The Health Secretary has come under pressure over his tough approach to imposing new rules after a surge in the virus.

MPs overwhelmingly backed the renewal of emergency powers last week despite a threatened rebellion by some senior figures in his own party.

He said the result “sums up the very significant majority for the strategy we are pursuing”.

“I know that’s reflected in the country,” he added. “I also know how difficult the measures are.

“But I think that the alternative of letting it rip would lead to more misery and death and I’m absolutely sure that that would be the wrong approach.”