Boris Johnson is reportedly drawing up new legislation that will override the Brexit withdrawal agreement on Northern Ireland – a move that risks the collapse of trade negotiations with the European Union.

The Financial Times reports that sections of the Internal Market Bill, due to be published on Wednesday, are expected to “eliminate the legal force of parts of the withdrawal agreement” in areas including Northern Ireland customs and state aid.

A source told the FT that the move could “clearly and consciously” undermine the agreement on Northern Ireland that the prime minister signed last October to avoid a return to a hard border with the Irish Republic.

Asked about the report, a government spokeswoman said it was working to “protect Northern Ireland’s place in our United Kingdom”.

“We are working hard to resolve outstanding issues with the Northern Ireland Protocol through the Joint Committee and will continue to approach these discussions in good faith,” she said.

“As a responsible government, we are considering fall back options in the event this is not achieved to ensure the communities of Northern Ireland are protected.” 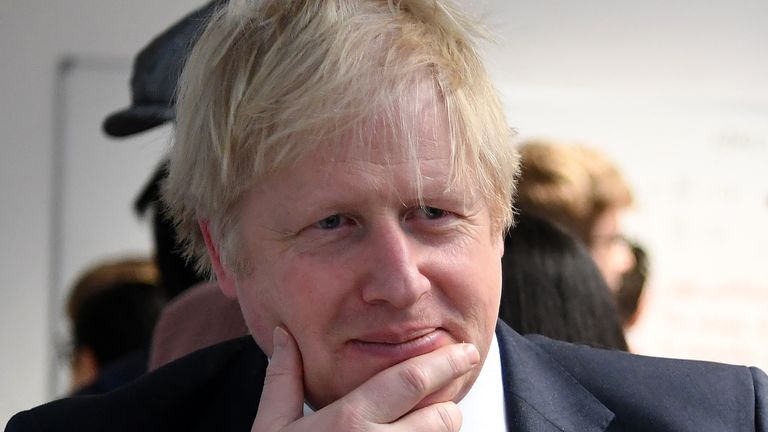 The suggestion that ministers could possibly undermine an international treaty and use Northern Ireland as a bargaining chip has been condemned by parties on both sides of the Irish border.

Irish Foreign Minister Simon Coveney, who played a key role in negotiating the withdrawal agreement and Northern Ireland Protocol, tweeted “this would be a very unwise way to proceed”.

Labour shadow Northern Ireland secretary Louise Haigh said: “It beggars belief that the government is – yet again – playing a dangerous game in Northern Ireland and sacrificing our international standing at the altar of the prime minister’s incompetence.”

Scotland’s First Minister Nicola Sturgeon tweeted: “If true, this means repudiation by UK govt of a Treaty freely negotiated by it, & described by PM in GE as an ‘oven ready’ deal. This will significantly increase likelihood of no deal, and the resulting damage to the economy will be entirely Tory inflicted. What charlatans.”

The move comes as Britain and the EU resume talks on a trade deal, with Mr Johnson telling the EU that a free trade deal must be done by 15 October, otherwise the UK will “move on”.

The prime minister said Britain was entering the “final phase” of negotiations, which resume on Tuesday.

“There is no sense in thinking about timelines that go beyond that point,” he said.

“The EU have been very clear about the timetable. I am too. There needs to be an agreement with our European friends by the time of the European Council on 15 October if it’s going to be in force by the end of the year.

“So there is no sense in thinking about timelines that go beyond that point. If we can’t agree by then, then I do not see that there will be a free trade agreement between us, and we should both accept that and move on.”