Well, that’s clear then! Boris Johnson says carry on partying at Christmas, while the top NHS medic Dr Jenny Harries says don’t socialise if you don’t need to. What a muddle!

During the Commons debate on masks and self-isolation, which saw dozens of Tory MPs rebel once again, the hapless health minister Maggie Throup was challenged repeatedly about the doc’s Scrooge-like warning.

And facing similar questions at his Downing Street news conference, the PM was determined to deliver a “Carry on Christmas” message. Over and over again, he kept saying COVID rules must be “balanced and proportionate”. Asked if people should cancel Christmas parties and nativity plays, Santa Boris declared: “We don’t want people to cancel such events.” We’ll see if that pledge holds, given his record on COVID U-turns and cancelling Christmas last year.

By “balanced and proportionate”, what the PM meant was that he’s not going to extend mask-wearing to cinemas, pubs, restaurants and other hospitality venues.

Mr Johnson’s big announcement was that he wants “everyone eligible” – that’s everyone over 18 – to get a booster jab before the end of January, in just two months.

He revealed that he’s getting his booster jab on Thursday, which was odd, given he’s 57, spent a week in hospital – including three nights in intensive care – last year. Surely he has been eligible for weeks?

He was evasive when Sky News’ Sam Coates asked him earlier during a visit to a vaccination centre in north London when he was getting his booster. Had he forgotten to book it, like he appears to forget to put on a mask?

Sajid Javid, standing alongside the PM at the news conference, played booster salesman. The programme would be put “on steroids”, he said, and we should all get it “to give ourselves the best chance of Christmas with our loved ones”. But during his booster plea, salesman Saj gave one chilling statistic that is clearly worrying the government: that five million people have not had a single jab.

On the other side of the PM stood new NHS boss Amanda Pritchard, who hinted – at least in a subtle and nuanced way – at staff shortages by calling for more volunteers during “the most complex part” of the vaccine roll-out.

The Prime Minister didn’t wince at that point. But he might have done. After all, he did admit that 400 troops were going to be involved in the booster programme.

At the end of his news conference, he ignored a question about deteriorating Anglo-French relations in the spat over channel crossing deaths. But then, despite not being asked about it, he started rambling about Storm Arwen and the homes without power.

Was it just a coincidence, or had the PM deliberately chosen to stage his booster jabs news conference just as dozens of furious Tory MPs were rebelling in the Commons against his latest rules on face masks?

Oh, and immediately after the backbench revolt, MPs began debating a censure motion on the Prime Minister, proposed by the SNP and backed by Labour, calling for his salary to be reduced by £41,500 a year. It never rains… 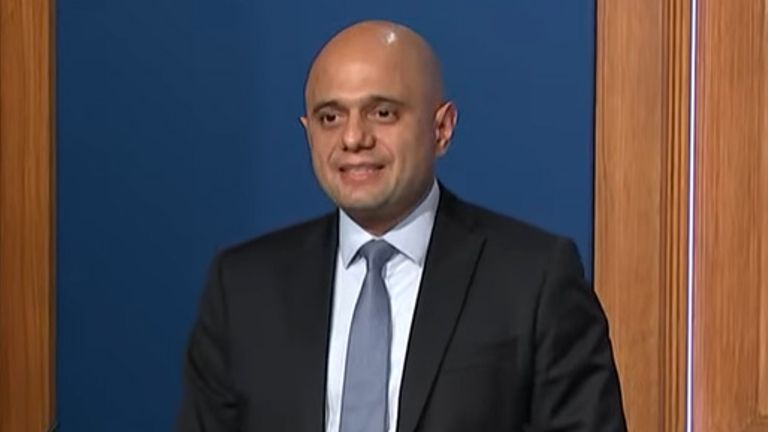 During the debate on face masks, many Conservative MPs complained that the new rules are due to be reviewed in three weeks, after Parliament rises for Christmas, and called for the Commons to be recalled during the recess.

Dr Harries would no doubt regard the recall of MPs as “socialising when we don’t particularly need to”, as she put it in her clumsy remarks that were slapped down by the PM and his Downing Street spokesman earlier.

Santa Boris won’t want the Commons sitting during the festive period either, but for difference reasons. He, after all, is pledging “Carry on Christmas”. For now.