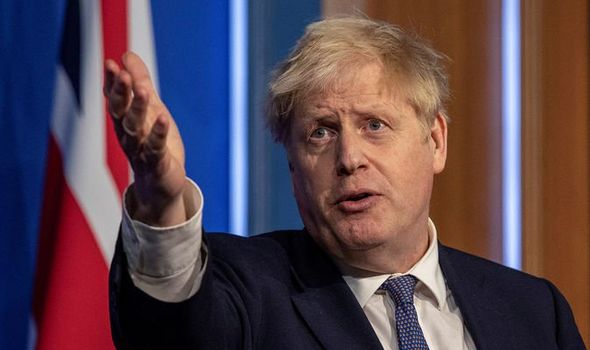 The Prime Minister was rebuked by standards chief Lord Geidt after secret Whatsapp exchanges were uncovered. In a letter to Mr Johnson, the adviser said it was “plainly unsatisfactory” the texts to Tory donor Lord Brownlow were not turned over to him and the incident “shook his confidence”.

The messages were revealed in a separate inquiry into how the No 11 flat revamp was paid for by the elections watchdog.

Lord Geidt said the information would not have changed the verdict of his own investigation last year that cleared Mr Johnson of breaching the ministerial rulebook.

But the ministerial standards adviser said he would have had further questions and his conclusion would have probably been qualified.

In a letter replying to Lord Geidt, Mr Johnson offered a “humble and sincere apology”.

The PM said the messages were sent from a previous mobile phone that he stopped using after a security breach and he “did not recall the message exchange”.

Mr Johnson admitted: “A fuller explanation of the circumstances should have been provided at the time of your investigation. I am sorry we did not do so.”

Lord Brownlow had been tasked with setting up a charitable trust to fund refurbishment of the Downing Street flat but the plan was later dropped.

An investigation by the Electoral Commission found a total of £112,549.12 had been paid by Huntswood Associates ‑ whose director is Lord Brownlow ‑ to cover the work by luxury firm Soane Britain, which is owned by interior designer Lulu Lytle.

The Prime Minister had assured Lord Geidt he had no knowledge of the payments until immediately prior to media reports in February 2021.

On November 29 2020, Mr Johnson sent a WhatsApp message to Lord Brownlow that said: “I am afraid parts of our flat are still a bit of a tip and am keen to allow Lulu Lytle to get on with it. Can I possibly ask her to get in touch with you for approvals?”

Lord Brownlow replied: “Of course, get Lulu to call me and we’ll get it sorted ASAP!”

He added: “I should have said, as the trust isn’t set up yet (will be in January) approval is a doddle as it’s only me and I know where the £ will come from, so as soon as Lulu calls we can crack on.”

A spokesman for the Prime Minister acknowledged that Mr Johnson received funding to decorate.

He said: “There is an annual grant for the Downing Street residences which allow for modernisation and upgrades, and ensuring that things work as they should.”

But he added there were “extra costs … as has been set out”.