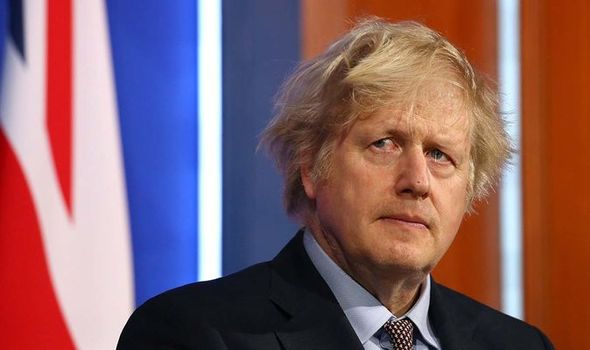 The Prime Minister took responsibility for the Government’s embarrassing climbdown, after its move to halt the suspension of Tory backbencher Owen Paterson.

I think that things could certainly have been handled better, let me put it that way, by me,” he said yesterday.

Angry Tory MPs had been waiting for an apology, while a series of polls showed the bid to rip up Westminster standards rules has damaged voters’ trust in his Government.

Chancellor Rishi Sunak last week said ministers must “do better”, but until last night the Prime Minister had kept silent in public about the scandal.

Mr Johnson’s comment on the outrages over MPs’ lobbying links and second jobs – the latter of which focused on the activities of MP Sir Geoffrey Cox – came at a news conference held in Downing Street to celebrate the COP26 climate deal.

Repeatedly asked if he will take responsibility for the episode, the Prime Minister at first refused to do so yesterday.

“I think it’s very important that all MPs work primarily and above all for their constituents,” he said. “Anybody who lobbies on behalf of a commercial interest is clearly in breach of the rules.All MPs should follow the rules. The rules are there to protect them, protect the public, they are very simple to understand.”

Yesterday the sleaze row was showing no signs of abating – as Whitehall officials issued a denial that Transport Secretary Grant Shapps, a keen pilot, used a lobbying body to protect airfields from development.

Earlier this month, Mr Paterson quit the Commons after the Government’s failed bid to save him from a 30-day suspension from Parliament for breaching lobbying rules.

MPs are today set to back a motion scrapping the standards overhaul – opposed by many infuriated Tory MPs – in an embarrassing Government U-turn.

Meanwhile, a poll by Opinium yesterday gave Labour a 1 per cent poll lead over the Conservatives – and 45 per cent of voters were in favour of a ban on MPs taking extra paid work, with just 25 per cent backing this privilege.