Michel Barnier claimed the Prime Minister has accepted that future police and judicial co-operation must be underpinned by the European Convention of Human Rights. The Brussels diplomat said this has paved the way to finalising terms on a deal that will make it easier for Britain to extradite terrorists and share criminal data with the bloc. An agreement has been on the verge of completion for longer than a month since Lord Frost first signalled the UK would soften its stance.

Mr Barnier told MEPS last Friday: “We are almost in agreement on judicial and police co-operation.”

“The British have accepted the prerequisites that we put down on the European Convention on Human Rights,” he added, according to the Daily Mail.

“We can now finalise those points.” 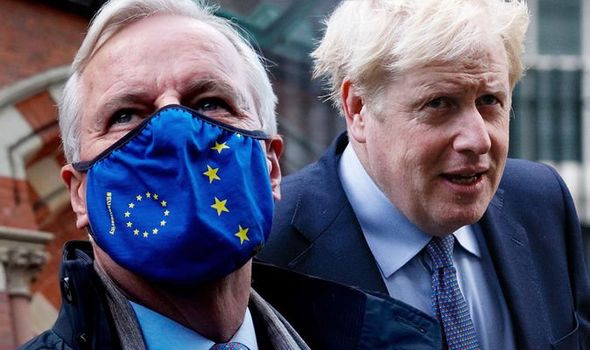