The dominating wins were a sign Democrats were ready to rally behind Biden in the race to pick a challenger to the Republican Trump in the Nov. 3 election, before the campaign enters an extended hiatus with no voting scheduled for weeks amidst the coronavirus outbreak.

They also raised questions about the future of Sanders’ campaign and whether his continued pursuit of the White House could hurt Biden in November. Party leaders have worried about a repeat of 2016, when they believe Sanders’ long, bitter primary battle with Hillary Clinton played a role in her upset loss to Trump, 73.

In somber remarks broadcast from his home in Delaware, Biden said the coronavirus outbreak demanded leadership from the White House, and he appealed to the many young supporters drawn to Sanders, a democratic socialist U.S. senator.

“Let me say especially to the young voters who have been inspired by Senator Sanders: I hear you. I know what’s at stake. I know what we have to do,” he said. “Our goal as a campaign and my goal as a candidate for president was to unify this party and then to unify the nation.”

The victories by Biden, 77, were powered by a broad coalition of voters of every ideology and demographic, Edison Research polls showed. Young voters between ages 18 and 44 were the only major demographic that backed Sanders on Tuesday, the polls found.

A majority of voters in all three states trusted Biden more than Sanders, 78, to handle a major crisis, the polls found, in a sign the deepening health crisis has increased Biden’s appeal as a steady and experienced hand.

They also found seven of 10 voters in all three states believed Biden had the best chance of beating Trump, a crucial factor in this year’s Democratic race where electability has been the top priority for many voters.

Because of the coronavirus, Edison Research, which normally conducts exit polls, spoke by telephone to early voters and others who planned to vote.

Biden’s overpowering performance in Florida, a traditional battleground state where he won every county, was an encouraging general election sign for Democrats. Trump narrowly beat Clinton in Florida in 2016.

Biden had taken command of the Democratic race in the past two weeks, scoring victories in 16 of the last 21 state contests. His sweep on Tuesday extended his lead over Sanders to roughly 230 delegates in the chase for the 1,991 delegates needed to clinch the nomination at July’s Democratic convention. 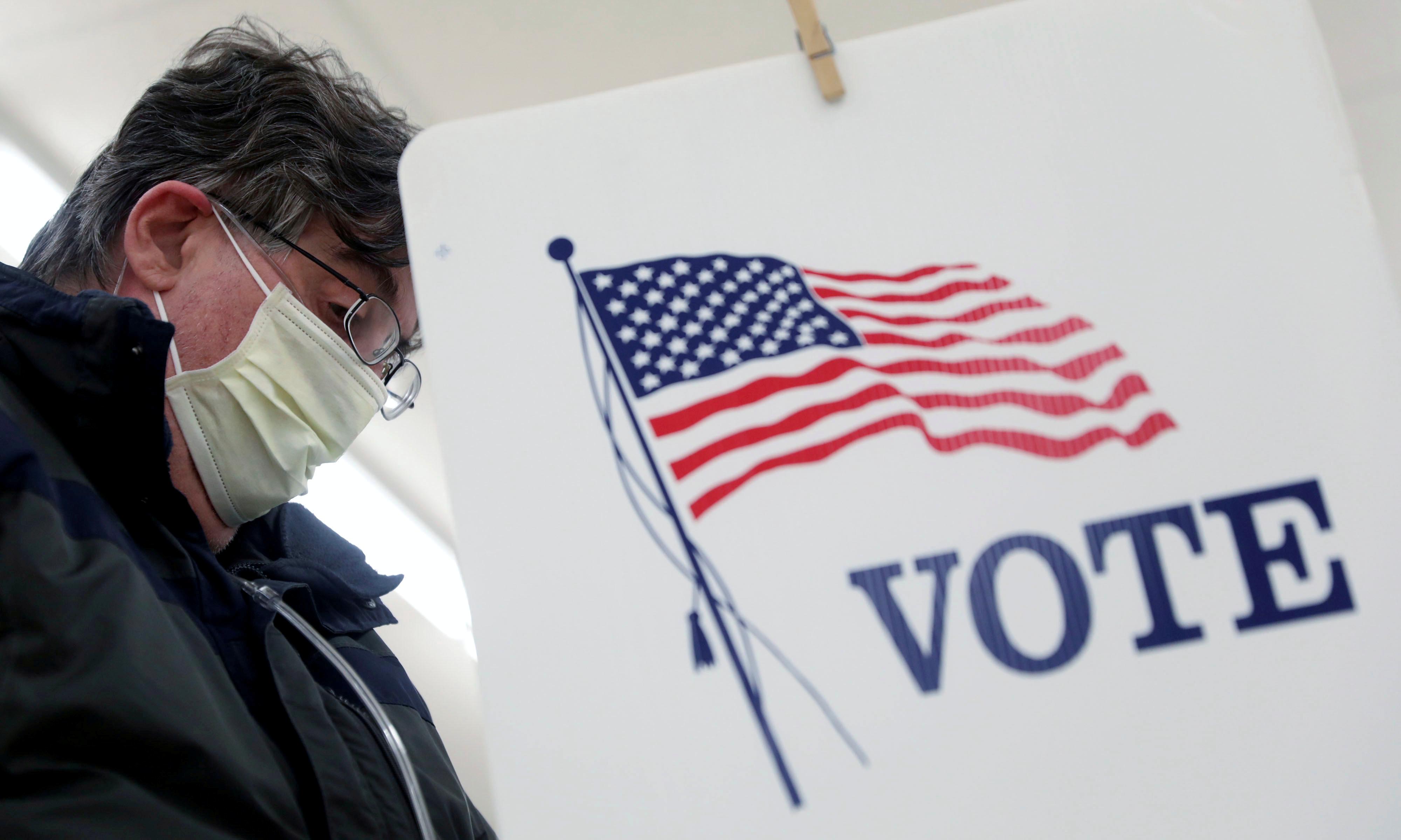 Despite escalating concerns about the coronavirus outbreak that has shut down large public gatherings across the country, Edison Research estimated Democratic turnout in Florida at 1.85 million – more than the 1.7 million who voted in 2016 and 1.75 million in 2008.

The polls also showed about half of voters in Illinois were “very concerned” about the potential effects of the outbreak, which caused Ohio to cancel its planned nominating contest on Tuesday.

“Our goal is that no one will have to choose between their constitutional rights and risking their health,” Ohio Governor Mike DeWine told a news conference on Tuesday, adding that going ahead with the vote would have been “a real, real disaster.”

Several states have postponed their Democratic presidential primaries, including Georgia, which had been scheduled to vote on March 24; Louisiana, on April 4; Maryland, on April 28; and Kentucky, on May 19.

Tom Perez, chairman of the Democratic National Committee, urged the remaining primary states not to postpone their voting but to focus on ways to make it safer such as voting by mail and extending early voting hours.

Officials in the three states that voted on Tuesday had assured the public it was safe despite fears about the coronavirus, which has dramatically altered American life, forced the campaigns to abandon public events and prompted other states to postpone future primary elections. 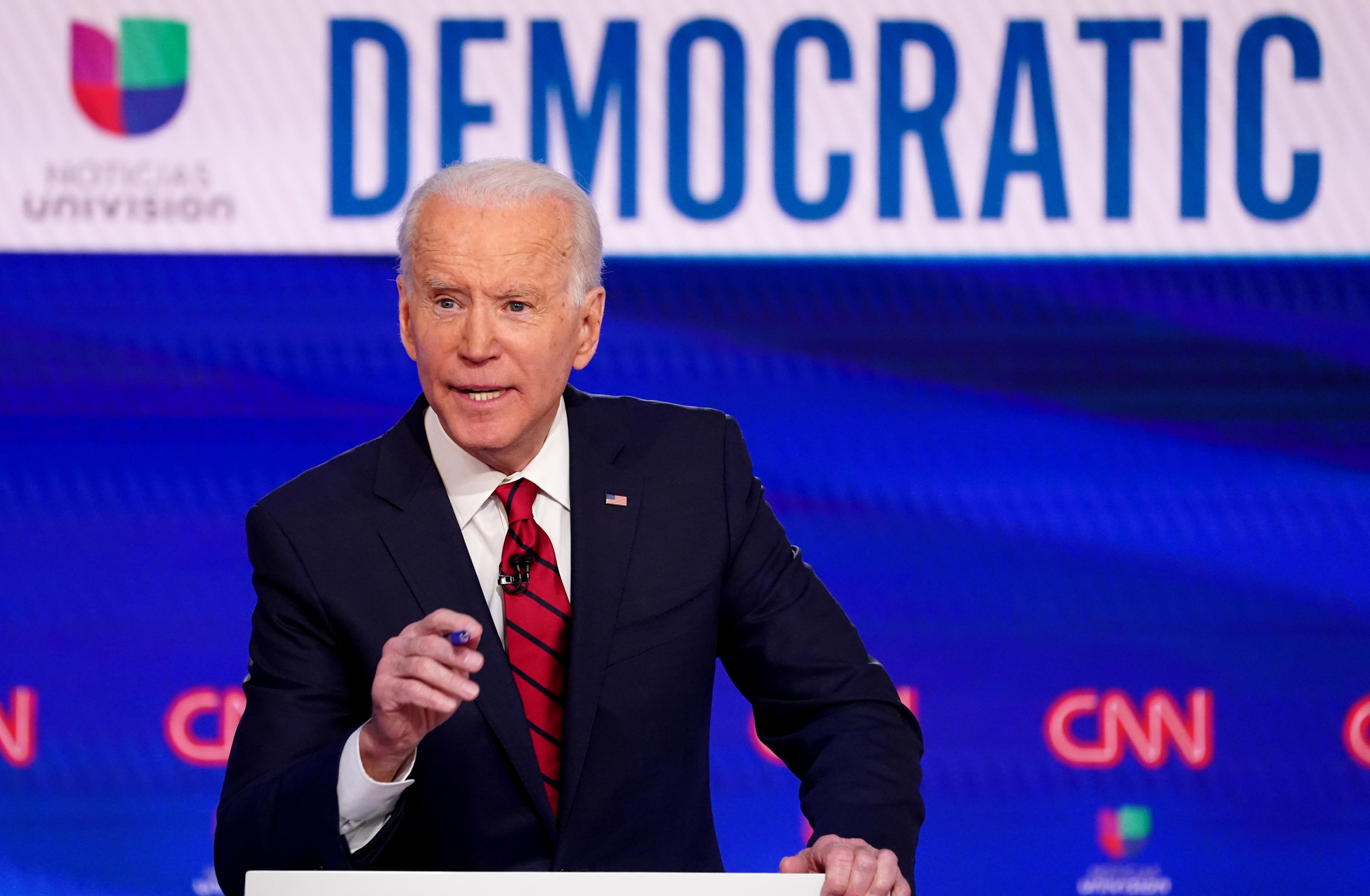 In remarks livestreamed online before the voting ended on Tuesday, Sanders did not mention Tuesday’s primaries but set out a detailed $2 trillion plan to deal with the health and economic impacts of coronavirus.

Tracy Finger, 53, wore a face mask as he cast a vote for Sanders in Miami on Tuesday. He said he expected the pandemic would offer the eventual Democratic nominee a political boost given the Trump administration’s response, which has drawn criticism for a lack of urgency.

Armed with hand sanitizer in his jacket pocket, Bill Monnin, a 60-year-old bartender who was recently laid off because of a lack of business due to the coronavirus, went to cast his ballot in Chicago.

“It’s important, it’s our responsibility,” he said as he walked into Kilmer Elementary School on Chicago’s north side. “It’s not an impossible situation yet. You don’t have to stay home.”