The filing described “shockingly deplorable” conditions at two emergency shelters set up in Texas to handle the surge of children crossing the southern border. 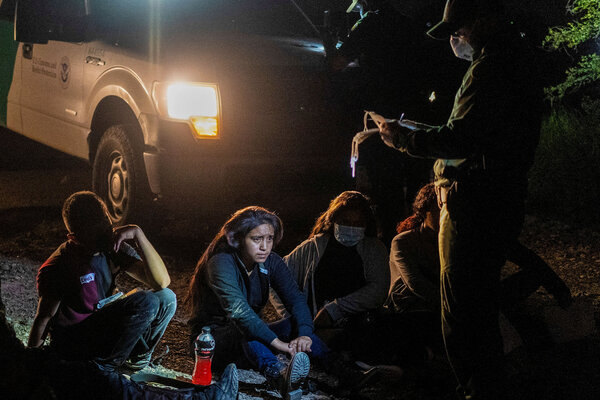 The Biden administration is violating the terms of a longstanding court settlement that requires certain protections for migrant children in government custody, lawyers said in a motion filed on Monday in a federal court.

The filing describes “shockingly deplorable” conditions at two emergency shelters set up in Texas this year to help house a record number of children caught crossing the border with Mexico. It draws on reports from whistle-blowers who have worked at the shelters — one in Pecos, Texas, the other on the Fort Bliss military base in El Paso — as well as from legal advocates who are allowed limited access.

According to reports included in the motion, children at Fort Bliss lived in “filthy conditions” and slept in large spaces with hundreds of other children. At Pecos, the motion said, children are supposed to clean their living spaces but regularly lack appropriate cleaning supplies. Many of the workers at the shelters are contractors and have little experience caring for children in such situations, it said, which has led to poor care and unnecessarily long stays.

Under a 1997 court decree, known as the Flores settlement, migrant children are to be transferred to state-licensed shelters with specific standards and requirements for care, including education and recreational activities, within three days of being taken into government custody.

While many of the conditions described in the new motion have been previously reported, Monday’s action carries the weight of the Flores case, whose plaintiffs last filed a motion at the beginning of the pandemic.