Kuenssberg: Northern Ireland deal ‘makes it easier to walk away’

The UK Government dropped controversial plans which would have allowed ministers to break international law as a result of the progress on the issues around Northern Ireland – something which could help improve relations with the EU and boost the chances of a Brexit trade deal. But BBC News political editor Laura Kuenssberg explained the move now makes it easier for Boris Johnson to walk away from the talks without a trade deal.

She said: “The two sides managed to put aside their differences and agreed to a joint protocol which is meant to sort everything out in Northern Ireland whether there is a deal or not.

“It meant the UK ditched its controversial clauses they put into draft legislation that would have unpicked some of the things they agreed with the EU last year.

“That was all sorted out yesterday but there will be real consequences for people in Northern Ireland which you can say makes a big difference to the atmosphere, because goodness me they managed to agree something.

“It was a deal, not the deal, but something got done.

“The flip side of that, if you’re feeling pessimistic this morning, is that it’s easier for the UK to walk away.

“Because it takes some of the uncertainty away on what happens on January 1st, because that agreement applies whether there is a trade deal or not.” 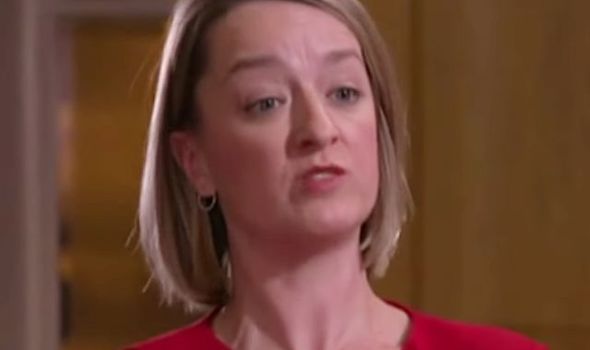 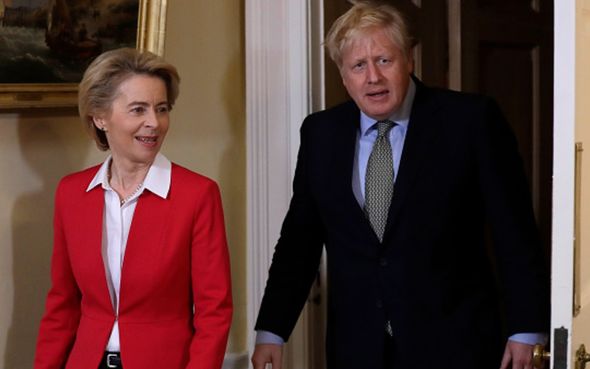 On Wednesday, Michael Gove said the European Union will have to give ground if there is to be any hope of a breakthrough in crunch talks between the Prime Minister and Brussels’ top official.

The pair’s dinner in Brussels comes as time is running out to reach a trade deal before the current transitional arrangements expire at the end of the month.

There have been pessimistic briefings from both sides ahead of the face-to-face talks, with UK sources acknowledging “an agreement may not be possible” and the EU’s negotiator, Michel Barnier, warning the bloc’s foreign ministers that a no-deal scenario is more likely than an agreement.

Asked about Mr Barnier’s gloomy assessment, Mr Gove said: “No, I don’t think it is right to say that yet.

Brexit: Michael Gove says ‘there won’t be a border in Irish Sea'

“I think that tonight there is an opportunity for the Prime Minister and Ursula von der Leyen, and they have a good relationship, to thrash out a potential way through.”

He told BBC Radio 4’s Today programme that Mrs von der Leyen “will want to ensure that all EU member states recognise that a deal is in everyone’s interest and that will require a degree of movement for some on the EU side”.

That comment could be seen as a reference to French warnings that President Emmanuel Macron could veto a deal, with Paris especially concerned about the issue of fishing rights – one of the main obstacles to an agreement.

Mr Gove told the BBC he hopes Mr Johnson “will be able to lay out, over the course of dinner, where movement is required” from the EU side.

“The conversation between the Prime Minister and the president tonight, I hope, will create further political momentum, which will make sure that we do reach an agreement,” he said. 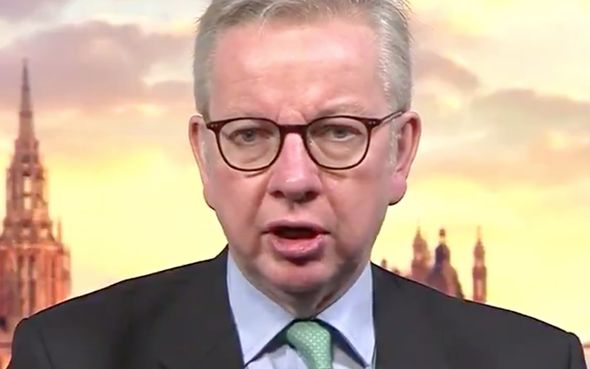 He suggested there could be a limited compromise over fishing rights, with the UK prepared to be “very generous” in the way changes are phased in.

He told Today: “I think there can be scope for compromise but the compromise exists on the way in which European boats can continue to access UK waters.

“But what is not up for compromise is the principle that the UK will be an independent coastal state and it will be a matter for negotiation between the UK and the EU, with the UK in control of our waters.”

Mr Gove, the Chancellor of the Duchy of Lancaster, led for the UK in talks with the EU on implementing the Brexit divorce deal which produced a breakthrough on Tuesday.

He denied that the agreement meant Mr Johnson has conceded to a trade border down the Irish Sea between Northern Ireland and Great Britain.

“I don’t think there is a border in the Irish Sea,” he said.