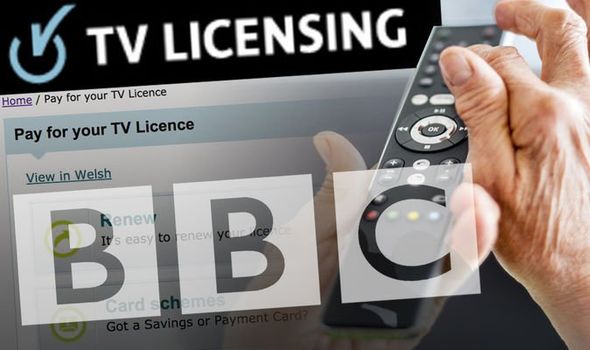 Silver Voices, a pressure group representing older voters, say the broadcaster has no legal right to claim retrospective payments from the 260,000 over 75s households who have not paid the licence fee since the rule change.

The organisation, which has been campaigning to save the free licence benefit, claims BBC chiefs failed to take the legal situation into account, ending up with a lower income from the licence fee than expected.

Dennis Reed, the director of Silver Voices, yesterday told the Daily Express he had alerted the corporation to the shortfall.

He said the BBC had declared the 260,000 households were unlicensed in July 2021 without establishing the individual circumstances of each case or advising them that a retrospective fee was payable.

As a result, the households will have to be treated in the same way as any other new licence application from the date of application if they choose to apply for one.

Mr Reed has twice written to BBC director-general Tim Davie to challenge the corporation about his calculation of the shortfall.

His said he had received one response that did not deny his allegation while his second email had not been answered.

Mr Reed said: “It is not surprising that the BBC wants this massive blunder to be kept under wraps.

“There is also the question of refunds for any over-75 who has paid a backdated licence fee under duress since 1 August 2021.

“We are continuing to support all those over 75 households who have been unable to pay the licence fee since 2020, and at least now they should have the comfort of knowing that they will not have a backdated debt to the BBC.

“The BBC must be honest and above board and admit that they have cocked up.”

In response to the allegations from Silver Voices, TV Licensing spokesperson said: “We don’t recognise these numbers.

“We are continuing to support the small number of over-75s who are unlicensed and we encourage them to get in touch with us directly, so we can tailor advice on payment plans to their individual circumstances.”

TV Licensing’s current advice or households in breach of the legal obligation to have a licence to contact them.

Officials at the agency say they tailor advice on payment plans to the individual circumstances of households.

They claim the overwhelming majority of over-75s customers, more than nine out of 10, have made arrangements to comply with the law.

TV Licensing chiefs same some of the non-paying households will be those entitled to a free licence as a result of receiving the Pension Credit benefit, covered by a different licence, no longer in need a licence or with a change in circumstances – such as a change of address – the agency has not been made aware of.

The most recently published figures show TV Licensing collected £3.75billion in licence fee income in 2020-21 and sales increased by £229million over the 12-month period.

BBC chiefs finally scrapped free TV licences for all households with an occupant aged over 75 from August 1 after the long-threatened cut was delayed by the Covid pandemic.

The benefit was introduced in 2000 and was initially funded by the Government.

Later, the BBC agreed to take responsibility for funding the scheme as part of the charter agreement hammered out with the Government in 2015.

But the corporation later claimed that the growing number of households entitled to the universal benefit meant the scheme was becoming unaffordable.