ATLANTA (Reuters) – With the U.S. coronavirus death toll topping 50,000, Georgia, Oklahoma and a handful of other states took the first tentative steps at reopening for business on Friday, despite the disapproval of President Donald Trump and health experts.

Gyms, hair salons, tattoo parlors and some other businesses were allowed to open their doors by Georgia Governor Brian Kemp, who disregarded warnings from public health officials that relaxing restrictions could lead to more infections and deaths.

The southern U.S. state has become a flashpoint in the debate over how quickly the country should return to work. While the COVID-19 illness is killing thousands of Americans daily, stay-at-home policies have made millions jobless.

“We’ve been hurting real bad,” said Lester Crowell, co-owner and manager of the Three-13 hair salon in suburban Atlanta, which reopened after 33 days. “I had to dip into my own bank account to keep the lights on here,” he said.

A dozen customers lined up outside the salon, each standing six feet apart. Before they could enter, staff members took their temperatures and asked if anyone had a cough, a recent fever or anyone in their house who had been sick or quarantined.

Despite the lost revenues, not all eligible businesses in Georgia jumped at the chance to reopen. Shay Cannon, owner of Liberty Tattoo in Atlanta, said he would reopen in May by appointment only and did not foresee a return to normal until June or later.

“We’re just watching the numbers and doing what seems right to us,” Cannon told Reuters.

The U.S. COVID-19 death toll, the highest in the world, topped 50,000 on Friday, having doubled in 10 days, according to a Reuters tally, and the number of Americans known to be infected surpassed 875,000.

Jasmine Maskell, owner of Timeless Tattoo in Atlanta, said she was not opening on Friday but would slowly resume business over the next couple of weeks under strict precautions.

The shop would operate as if everyone is infected, Maskell said. “We will just operate under that notion and then we can keep everyone safe here.”

Oklahoma was opening some retail businesses on Friday, Florida started letting people visit some of its beaches last Friday, South Carolina began easing restrictions on Monday, and other states will relax guidelines next week.

A Republican, Trump has given mixed signals about when and how the country should begin to get back to work after weeks in lockdown. This month he called for Democratic governors to “liberate” their states but, in a reversal this week, he told a news conference he disapproved of Georgia’s move to reopen.

Late on Thursday, Trump sparked fresh confusion over the prospects for treating COVID-19, suggesting that scientists should investigate whether patients might be cured by ingesting disinfectant.

The comments prompted doctors and health experts to warn the public not to drink or inject disinfectant. On Friday, Trump said his remarks were meant as sarcasm.

Asked about the 50,000 deaths and whether he felt any responsibility, Trump told reporters at the White House on Friday: “I think we’ve done a great job.” He pointed to early estimates that suggested the coronavirus could lead to at least 100,000 deaths in the United States.

“We’re going to be, hopefully, far below that,” he said. 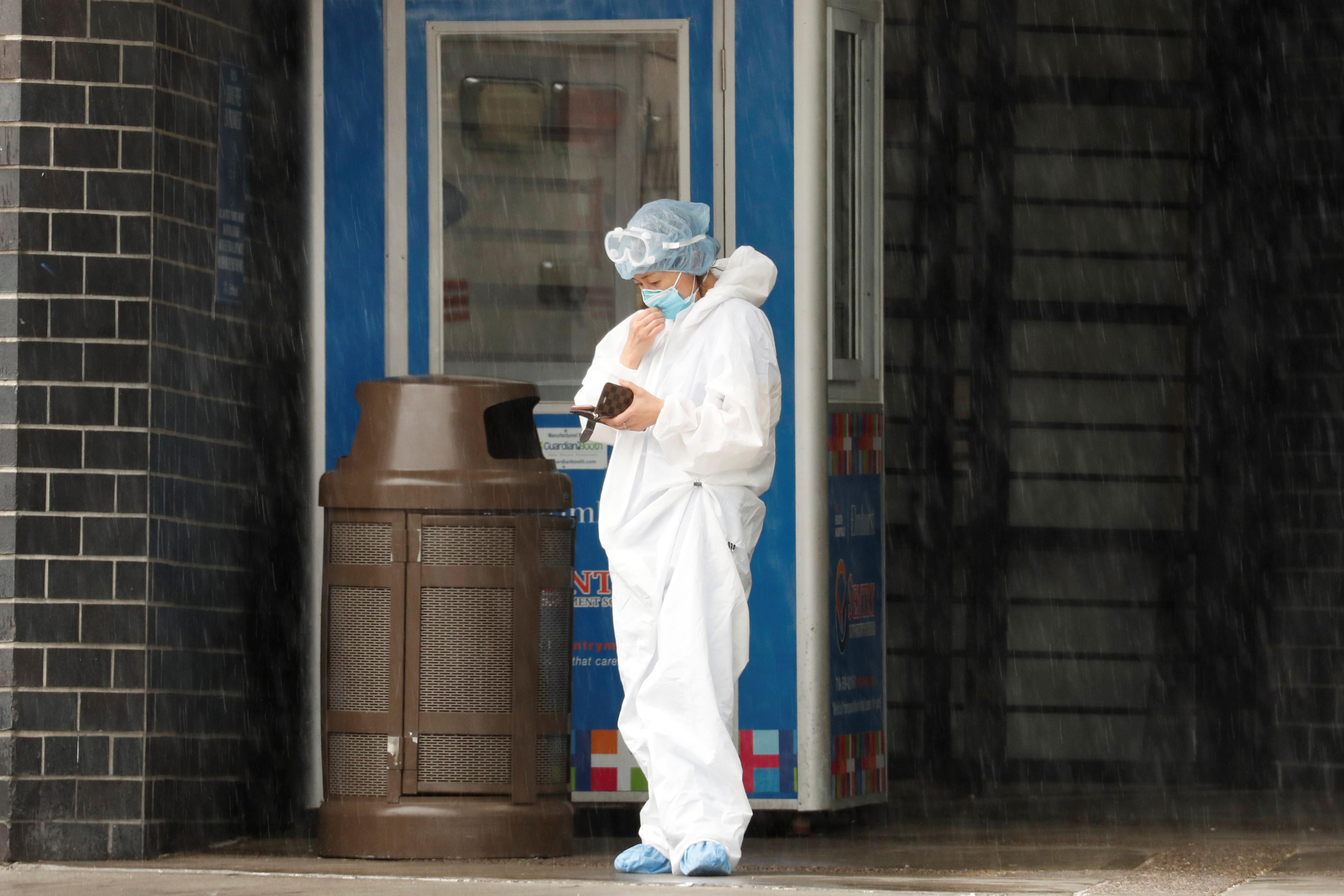 U.S. Representative Doug Collins from Georgia, a Republican like the state’s governor Kemp, said reopening on Friday was confusing for customers.

“Everyone’s supposed to be staying home, but yet we’re opening up these businesses,” Collins told Fox News. He cited federal guidelines calling for states to have a two-week decline in cases first, and said parts of Georgia were still struggling to treat patients.

New York Governor Andrew Cuomo, whose state has been the worst hit by the coronavirus, said reopening the economy too early in any U.S. state was a danger to others.

“Assume the virus got on the plane that night and flew to New York or flew to Newark airport. That has to be the operating mentality,” he told a news briefing.

According to a model maintained by the Institute for Health Metrics and Evaluation (IHME) at the University of Washington, which is used by the White House, hospitalizations in Georgia will peak next week.

Oklahoma, with far fewer cases and deaths than Georgia, began opening hair and nail salons, barber shops and other personal care businesses on Friday. The IHME model predicts that Oklahoma already hit its hospitalizations peak on Tuesday and could loosen restrictions on June 17.

Tennessee reopened most of its 56 state parks on Friday.

Texas on Friday began it’s “retail-to-go” phase of the reopening, allowing retail shops to either deliver products to homes, or letting customers wait in cars in parking lots and have items handed by store workers. 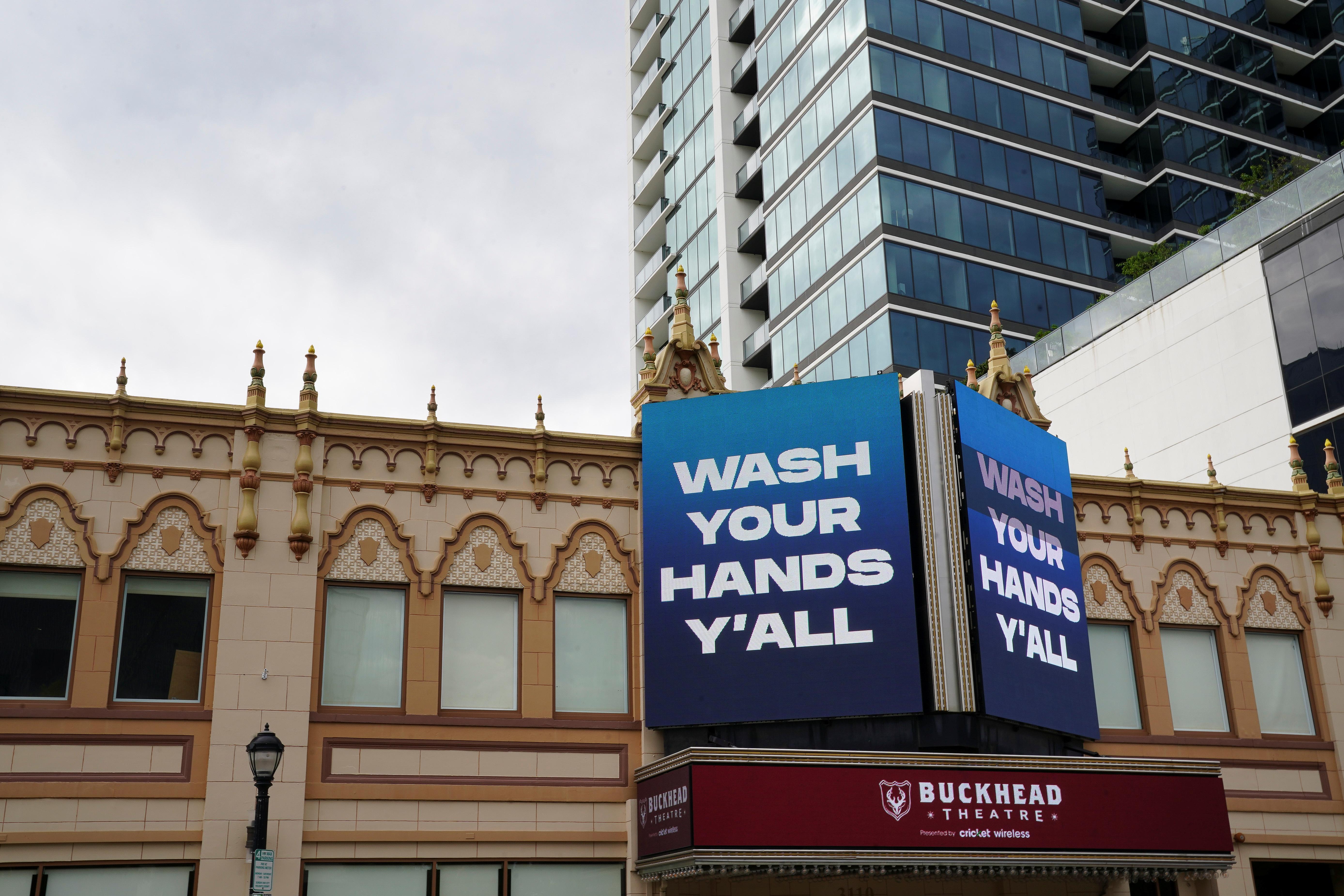 In practice, many Texas businesses have been doing this for weeks or stayed open outright, as Governor Greg Abbott had classified many retail businesses as essential.

In the latest protest against the shutdowns, hundreds of people gathered on Friday outside the Wisconsin state capitol building in Madison where they called for Democratic Governor Tony Evers to reopen the state.

“Stand strong, be united and stand tall and proud for America,” said one of the protesters through a bullhorn. Many people in the crowd wore Trump hats, waved American flags and carried “Go Back To Work” signs.