More than 200,000 have used a special enrollment period to sign up for health insurance under the act, while Alabama and Wyoming eye the law’s Medicaid expansion. 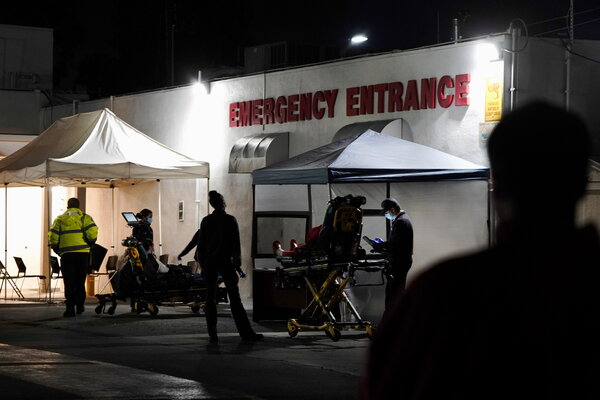 WASHINGTON — More than 200,000 Americans flocked to the Affordable Care Act’s online marketplace to sign up for health insurance during the first two weeks of an open enrollment period created by President Biden — a sign that those who lost insurance during the pandemic remain in desperate need of coverage.

At the same time, a provision in the president’s $1.9 trillion stimulus law to make Medicaid expansion more fiscally appealing has persuaded deeply conservative Alabama and Wyoming to examine whether to expand the government health program to residents who are too rich to qualify now but too poor to afford private health plans.

The Biden White House will celebrate Tuesday’s anniversary in a big way. The president will visit Ohio as part of his “Help Is Here” tour to talk up the stimulus law, which greatly expanded subsidies to make insurance affordable for tens of millions of people. And Mr. Biden’s newly installed health secretary, Xavier Becerra, whom the Senate confirmed just last week, will travel to Carson City, Nev., to help mark the moment.

The $1.9 trillion “American Rescue Plan” is the first major change to the law since its passage. The new subsidies last for only two years, and it will take some time for the full emergency aid to reach people. Even so, nearly everyone who buys insurance will be eligible to do so at a discount.

But Mr. Biden has a new challenge: living up to his campaign promise to expand the law, including making the new subsidies permanent, creating a “public option” for consumers who wish to buy into a government-run insurance plan, and tackling not only the rising cost of health insurance premiums, but also the soaring price of prescription drugs.