When Peter Goldin, a 44-year-old communications director, and his husband decided to start a family through in vitro fertilization, they faced mounds of paperwork at the fertility clinic.

The couple, who used one embryo to have a daughter, decided that if they broke up, Mr. Goldin would be the one who decided what to do with their one remaining embryo, since it was created with his sperm and a donor egg.

But Mr. Goldin said that when he and his husband separated last year, his husband no longer wanted him to have sole authority to determine what would happen to the embryo.

“He had forgotten what he had signed at the clinic,” said Mr. Goldin, who, with the help of a lawyer, ultimately gained custody after a month of back and forth.

Mr. Goldin, who lives in Richmond, Va., said he would advise couples trying to have a family through I.V.F. to draw up a legal contract detailing each partner’s rights rather than to rely solely on the fertility clinic forms.

“Nobody gets married with the intention of getting divorced,” he said. “But it happens, and it happens all the time.”

Anyone who has been divorced knows the painful process well: disentangling finances, dividing possessions and mapping out custody arrangements for any children. And in recent years, with the use of artificial reproductive technologies on the rise, more couples have been confronting the even stickier question of what to do with frozen embryos.

The issue played out publicly last month when a Los Angeles Superior Court judge ruled against Nick Loeb, the ex-fiancé of the “Modern Family” actress Sofía Vergara, after he sued her for custody of embryos they created while they were together.

“It’s so common that now it’s a routine question that I have to ask: Is there any genetic material that we need to talk about?” said Monica Mazzei, a family lawyer at Sideman & Bancroft who represents high net worth clients in Silicon Valley.

In the event of divorce, she said, “you’re not together anymore, you probably don’t like each other and if one person is going to use the embryo and have the child, that leaves the other person in an awkward spot.”

Several major clinics said that the use of I.V.F. and other fertility treatments had risen during the coronavirus pandemic, with more people reassessing what matters to them.

I.V.F. requires self-administering daily injections of fertility drugs, called gonadotropins, for eight to 12 days in order to stimulate the ovaries so that they mature numerous eggs. Next, a doctor guides a needle through the vagina to retrieve the eggs while the patient is under anesthesia. The eggs are then fertilized with sperm in the clinic’s laboratory, and one or more embryos are placed back into the womb, or they can be tested for genetic abnormalities and frozen for a future embryo transfer.

I.V.F. can take a physical and emotional toll on patients, but working from home makes it easier. And at the moment, patients can undergo treatment without having to tell colleagues about appointments for blood tests or having to commute to an office, Dr. Hodes-Wertz said.

A woman who is not ready for children may decide to freeze just her eggs. But a woman may also decide to fertilize her eggs with a partner’s sperm or a donor’s sperm, since embryos have better survival rates than eggs and will provide more information, such as whether they are healthy enough to be fertilized and begin development, Dr. Hodes-Wertz said.

But if you create an embryo together, your genetic material is stuck together.

“I see a fair amount of patients that make embryos with their current partners because it’s a benefit from their office,” Dr. Hodes-Wertz said, referring to the increasing number of companies that include fertility treatments in their health insurance plans. “Sometimes if I get a sense that they’re not certain about their relationship, I’ll try to gear them toward eggs, but ultimately, obviously, it’s their decision.” One of her patients froze both embryos with her partner in addition to unfertilized eggs, just in case.

For those who fail to plan for the worst, the results can be devastating.

Dr. Mimi Lee, a physician-scientist and pianist, said she and her husband froze their embryos before she underwent cancer treatment. 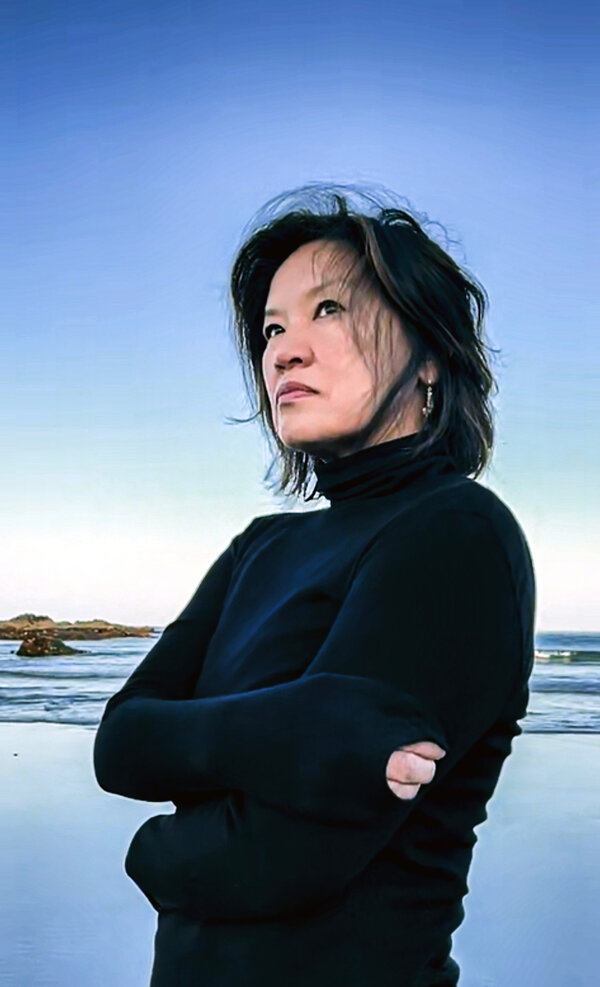 They produced five healthy embryos and froze them for when they would be ready to have children. Three years later, when they divorced, Dr. Lee wanted to use the embryos, but her husband sued to prevent her from doing so. The judge upheld the agreement that they had signed at the fertility clinic, saying that the embryos could be brought to term only with the consent of both partners.

Dr. Lee, 52, said she did not even remember signing the form at the clinic. “My state of mind at the time was complicated by cancer, being a newlywed and just this hope and opportunity to have children,” she said. “It was unfathomable that that’s what would eventually determine that my last chance of having biological children would be taken away from me.”

Richard Vaughn, a partner at the International Fertility Law Group in Los Angeles, said he had seen an increase in the number of people coming into his office for legal advice on frozen embryos. Giving a partner the sole rights to embryos could have emotional and financial consequences, should that partner or ex-partner bring the embryos to full term.

He said one recent client called him in a panic after signing documents at a fertility clinic that gave his girlfriend full control of the embryos. “We’ve got this issue of lots and lots of frozen material out there,” Mr. Vaughn said. “People have to figure what to do with them.”

Laws governing the disposition of frozen embryos vary from state to state. Judges have generally ruled in favor of the person who does not want to develop the embryo, but in Arizona, for example, the custody of disputed embryos goes to the party who wants to bring them to term.

Kathleen Pratt, 36, said that the process of poring over sheafs of legal documents to finalize the use of a surrogate led to several discussions with her husband, William, about what they would do with any remaining embryos if they divorced.

Ms. Pratt said her husband initially told her it made more sense to give her custody of remaining embryos — made with a donor egg and her husband’s sperm — because she was unable to have biological children. Then, Ms. Pratt said, she felt he should get to keep the embryos because they contained his genetic material, not hers.

Eventually they came to a decision: Neither should keep the embryos. Ms. Pratt, who lives in Charleston, S.C., remembers she and her husband saying to each other, “Why would we raise these babies outside of our family? If things go sour, let’s just call it a day.”

They ended up using both embryos to have a daughter in 2019 and a son last year. “I wouldn’t recommend anyone go through this with someone unless your relationship is solid,” she said.