Los Angeles County and the W.H.O. warned that even immunized people should wear masks indoors. Some scientists agreed, but urged a localized approach. 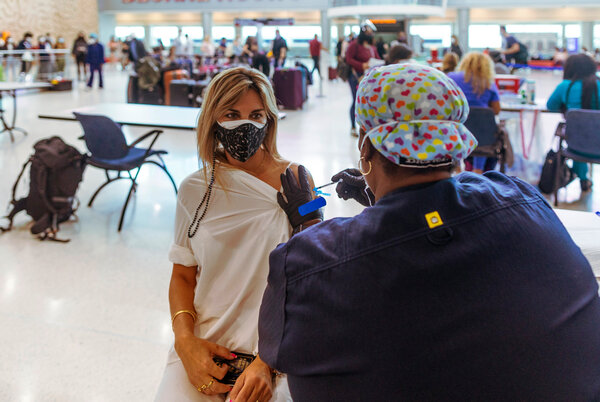 Throughout the pandemic, masks have ranked among the most contentious public health measures in the United States, symbolizing a bitter partisan divide over the role of government and individual liberties.

Now, with a new variant of the coronavirus rapidly spreading across the globe, masks are again the focus of conflicting views, and fears, about the course of pandemic and the restrictions required to manage it.

The renewed concerns follow the wildfire growth of the Delta variant, a highly infectious form of the virus first detected in India and later identified in at least 85 countries. It now accounts for one in five infections in the United States.

In May, federal health officials said that fully vaccinated people no longer needed to mask up, even indoors. The advice signified a sea change in American life, setting the stage for a national reopening that continues to gain momentum.

But that was before the spread of the Delta variant. Worried by a global surge in cases, the World Health Organization last week reiterated its longstanding recommendation that everyone — including the inoculated — wear masks to stem the spread of the virus.

On Monday, health officials in Los Angeles County followed suit, recommending that “everyone, regardless of vaccination status, wear masks indoors in public places as a precautionary measure.”

Barbara Ferrer, the county’s public health director, said the new recommendation was needed because of upticks in infections, a rise in cases due to the worrisome Delta variant, and persistently high numbers of unvaccinated residents, particularly children, Black and Latino residents and essential workers.

Roughly half of Los Angeles County residents are fully vaccinated, and about 60 percent have had at least one dose. While the number of positive tests is still below 1 percent in the county, the rate has been inching up, Dr. Ferrer added, and there has been a rise in the number of reinfections among residents who were infected before and did not get vaccinated.

To the extent that Los Angeles County has managed to control the pandemic, it has been because of a multilayered strategy that combined vaccinations with health restrictions aimed at curbing new infections, Dr. Ferrer said. Natural immunity among those already infected has also kept transmission low, she noted, but it is not clear how long natural immunity will last.

“We don’t want to return to lockdown or more disruptive mandates here,” Dr. Ferrer said. “We want to stay on the path we’re on right now, which is keeping community transmission really low.” 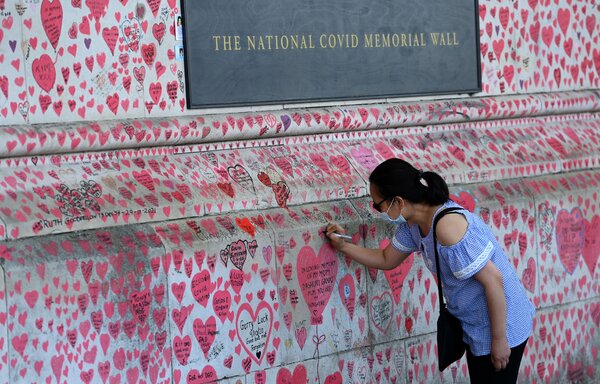 Health officials in Chicago and New York City said on Tuesday that they had no plans to revisit mask requirements. Officials at the Centers for Disease Control and Prevention declined to comment, but have not signaled any intention to revise or re-examine masking recommendations for those who are fully vaccinated.

“When the C.D.C. made the recommendation to quit masking, it didn’t anticipate being in a situation where we might need to recommend masking again,” said Angela Rasmussen, a research scientist at the Vaccine and Infectious Disease Organization at the University of Saskatchewan in Canada.