Almost all of the residents at Forest Hills of D.C. got their initial Covid-19 shots in January. But nearly half of the staff there had declined. Would an effort to change their minds succeed? 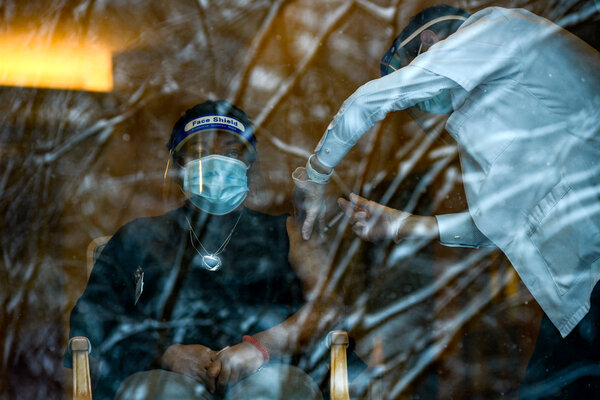 WASHINGTON — The Covid-19 vaccine had finally come to Forest Hills of D.C., a nursing home in a prosperous neighborhood of the nation’s capital, but there was a problem. Though nearly all of the home’s residents agreed to get the shots, nearly half its 200 staff members declined.

Tina Sandri, the chief executive, vowed not to let those numbers stand.

Over the next two months, rounding out the most bruising year of her long career in elder care, Ms. Sandri tried everything. She bombarded employees with text messages containing facts about the science behind the vaccines. She assigned a popular young worker to try to sway reluctant colleagues as an “influencer.” She set up a giant screen to show a television special that the Black actor and director Tyler Perry made to fight vaccine hesitancy — on a continuous loop, no less. Most of all, she worked to understand their concerns.

“You really have to listen to each person’s story and address it from that standpoint, so they feel, ‘This is a workplace that cares about me,’” she said.

Three months after the nation’s health care workers were among the first Americans to be eligible for the lifesaving new vaccines, long-term care facilities across the country continue to face a similar daunting challenge. The federal program that sent vaccinators from Walgreens and CVS into tens of thousands of nursing homes and assisted living residences has by one measure been strikingly successful, inoculating nearly all of the vulnerable residents of the facilities. Deaths in nursing homes have plummeted since the program began in late December.

But reaching the mostly low-wage employees of the facilities has proved far more difficult. A poll by The Washington Post and Kaiser Family Foundation conducted from Feb. 11 to March 7 found that half of the workers at nursing homes had yet to get even a first shot, and only 15 percent of that group said they definitely planned to.

At Forest Hills, the workers who turned down the vaccine during the center’s first vaccination event in early January included nurses, certified nursing assistants, members of the kitchen and activities staffs, and a security officer. Most were Black, reflecting the overall makeup of the home’s work force; many were immigrants from African countries, such as Nigeria, Liberia and Cameroon.

Ms. Sandri’s goal was to persuade — not pressure — them. But she found there was not one unifying story behind their refusal, and no straightforward message that helped to convince them.

She ruled out some tactics deployed by other nursing homes, including offering gift cards, bonuses or extra vacation days to employees who agreed to get the vaccine; Ms. Sandri considered those incentives inappropriate and called them “bribes.”

“We’re doing this because we care,” she said. “To dilute that message with other things is almost patronizing to people’s intellect.”

The vaccinators from Walgreens would come back twice more — in early February and early March — and Ms. Sandri had dozens of minds to change. By her count, there were still 92 employees who needed the shot. 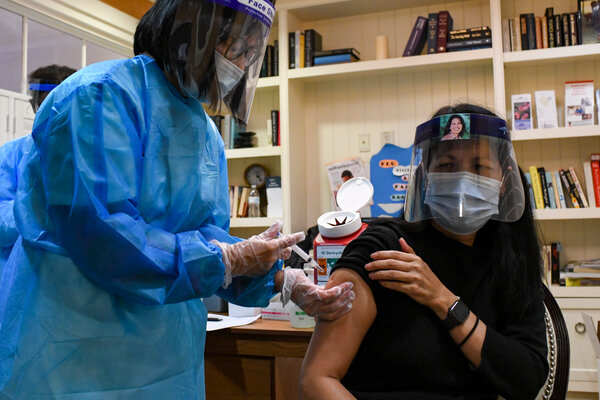 Ms. Sandri, 57, a yoga and outdoors enthusiast whose manner is at once bustling and soothing, had arrived at Forest Hills only in May, replacing a predecessor who left after the coronavirus had taken hold.

Three residents at Forest Hills had died from the virus and 17 others had become ill, along with 45 members of the staff — a less devastating toll than at many other nursing homes, but still an ordeal. Another resident would die in February, after a flurry of cases over the holiday period.