Doctors and nurses are reeling from new Covid cases, staff burnout and the prolonged stress of dealing with the pandemic.

Dr. Terrence Coulter, a critical care specialist at CoxHealth in Springfield, Mo. “The country has started the end zone dance before we cross the goal line,” he said.Credit…Neeta Satam for The New York Times

A largely unmasked nation will celebrate the nation’s return to near-normalcy this weekend with a ticker-tape parade in New York City, a dazzling fireworks display over the Washington Monument and countless Independence Day gatherings in cities and towns across the country.

“A summer of freedom. A summer of joy,” is how the White House tried to promote a new national mood in a letter encouraging local officials to hold public events during the July 4th holiday.

And in most parts of the country, Americans have reason to cheer, with more than half of those over 12 fully vaccinated, state after state lifting all emergency restrictions and caseloads decreasing by double-digits week over week. Families are traveling again, diners are flocking to restaurants and baseball is back as America’s seasonal pastime.

But the summer is turning out to be fairly joyless in places like CoxHealth Medical Center in Springfield, Mo., where nurses, doctors and respiratory therapists have been grappling with a resurgence in coronavirus cases that forced the hospital to reopen the 80-bed Covid unit it had shuttered in May.

Dr. Terrence Coulter, a critical care specialist at CoxHealth, said he and his colleagues were stunned to find themselves back in the trenches after the briefest of respites. “With everyone masked, you learn to read the emotions in your co-workers’ eyes,” he said. “They’re weary and they’re also disappointed that the country has started the end zone dance before we cross the goal line. The truth is we’re fumbling the ball before we even get there.”

America’s health care workers are in crisis, even in places that have had sharp declines in coronavirus infections and deaths. Battered and burned out, they feel unappreciated by a nation that lionized them as Covid heroes but often scoffed at mask mandates and refused to follow social distancing guidelines. Many of those same Americans are now ignoring their pleas to get vaccinated.

Doctors and nurses are also overworked, thanks to chronic staffing shortages made worse by a pandemic that drove thousands from the field. Many are struggling with depression and post-traumatic stress; others are mourning at least 3,600 colleagues who won’t be around for the celebrations.

“People don’t realize what it was like to be on the front lines and risking your own safety without adequate protective gear while dealing with so much death,” said Mary Turner, a registered nurse in Minneapolis who was unable to comfort her own father as he lay dying alone of Covid in a nursing home in the early days of the pandemic. A few months later, she found herself sobbing uncontrollably in a hospital room as she held up a phone so a man could say goodbye to his father. “A lot of us are still dealing with PTSD,” she said.

In recent weeks, a familiar sense of dread has returned to emergency rooms across the South and Mountain West as the more transmissible Delta variant gained traction among the unvaccinated, fueling a jump in hospitalizations. In Missouri alone, caseloads increased more than 40 percent from two weeks earlier; at CoxHealth where Dr. Coulter works, the Delta variant comprised 93 percent of all cases last week, he said. 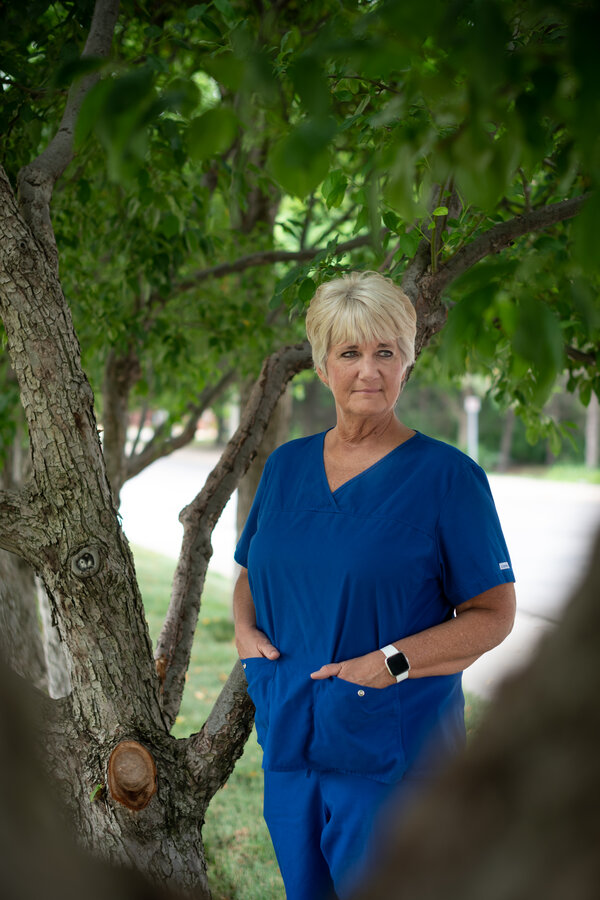 Dr. Clay Smith, an emergency room doctor who travels between two distant hospitals in South Dakota and Wyoming, said he worried about his children, who are both too young to get inoculated. “It’s really disconcerting to work in a community where people are doing so little to protect themselves and others from the virus,” Dr. Smith said.