All the weak points of American health care — testing delays, communication breakdowns, inequity — are working against this potential treatment. 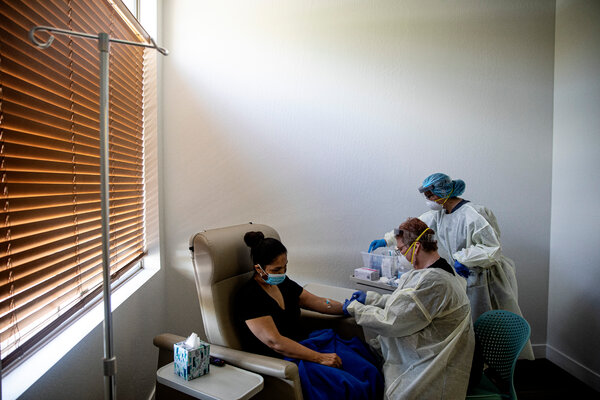 Nearly two weeks ago, President Trump told Americans that they would soon be getting an antibody treatment that he had promoted, without evidence, as a “cure” for the coronavirus. This weekend, as the country braced for another major wave of coronavirus infections, Mr. Trump’s health secretary promised such therapies were just around the corner.

But these statements are misleading, at best. Even if the drugs are proven to work — still a big if — there’s little chance that they will soon be widely available. A smooth distribution of the antibody treatments will be dependent on the very same factors that have so far bedeviled the country’s response to Covid-19: fast and plentiful testing, coordination between state and federal officials, and equitable access to health care.

Supply will be extremely limited at first, even though the pool of patients who might benefit is vast, raising messy questions about who should be first in line for treatment. The drugs are believed to work best in people who have recently been infected and are not yet very sick.

“It is just a setup for everything challenging about the pandemic that we’ve had until now, which is confusion, inequity, delays, reliance on testing,” said Dr. Walid Gellad, the director of the Center for Pharmaceutical Policy and Prescribing at the University of Pittsburgh. The therapies are promising, he said, but with “everything that’s gone wrong, it’s going to accentuate the problems.”

Roughly 60,000 Americans are testing positive for the coronavirus every day, yet the company that provided the president’s antibody treatment, Regeneron, has said it will have only 50,000 doses initially. Eli Lilly, which is developing a similar product, has said it will have 100,000 doses at first. Regeneron will eventually have 300,000 doses, and Eli Lilly will have up to one million before the end of the year. Both companies have applied to the Food and Drug Administration for emergency authorization of their products.

Administering the treatment is not as simple as handing out a bottle of pills. The therapies are given intravenously, requiring an infected person to visit a medical clinic or a hospital.

That’s assuming that the distribution will go smoothly. Officials with Operation Warp Speed, the government effort to speed treatments and vaccines to market, recently told reporters that the federal government would hand over to states the job of allocating the initial doses of Regeneron drugs. But those state agencies are overwhelmed from handling the current influx of new cases, as well as from planning for the distribution of coronavirus tests and future vaccines, and have not yet made detailed plans for deciding how to allocate the antibody treatments to hospitals and clinics. 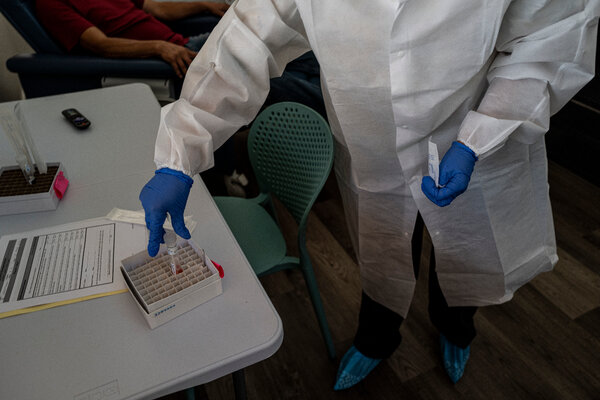 “We really have a lot going on, and this has not been front and center,” said Dr. Marcus Plescia, the chief medical officer of the Association of State and Territorial Health Officials.

Even some company executives have acknowledged that the country may not yet be up to the challenge. Dr. George Yancopoulos, the president and chief scientific officer of Regeneron, said in a recent call with investors and reporters that communities would need to have rapid testing and contact tracing in place to identify the best candidates for the treatments.