Exercise can increase women’s risk of iron deficiencies for some very interesting reasons.

We gain a lot from training: strength, endurance and an enviable sports bra collection. But like all good things, exercise comes with a small catch, most notably a negative impact on your iron levels.

Research suggests that those who exercise on a regular basis are more at risk of low levels of the mineral – a 2017 review published in the journal Nutrients found that the prevalence of iron deficiency is higher in physically active individuals and athletes, in comparison to the sedentary population. And women need to pay even closer attention than men.

Is anaemia affecting your workout? How to exercise with an iron deficiency

About 15-35% of female athletes have iron deficiency, compared to about 5-11% of male athletes, according to a 2019 review. Those levels were found to be as high as 50% in female athletes compared to 18% of sedentary population, in a study published in the International Journal of Sports Nutrition and Exercise Metabolism.

The latest research, a 2021 paper from the Medicine journal, led researchers to suggest the need for female athletes to be screened regularly for anaemia. They took blood samples at a fitness festival in the UK and found that nearly 80% of women were at risk of anaemia.

Exercise and the risk of anaemia

Those who menstruate are already more at risk of iron deficiencies due to the fact that they lose minerals in their bleed. But there are many compounding reasons as to why exercise puts people further at risk of low levels, according to Dr Carrie Ruxton from the Health and Food Supplements Service.

“Firstly, intense exercise speeds up the metabolism and increases oxygen use, which means that there are more free radicals (atoms in the body that are associated with diseases like cancer or Alzheimer’s) in the body,” she explains. This generally isn’t something to worry about, as “anti-oxidant substances such as iron (as well as vitamin C, copper, selenium and zinc) are used to mitigate these atoms.” The problem is that the more you exercise, the more free radicals are released, and the more iron you need. 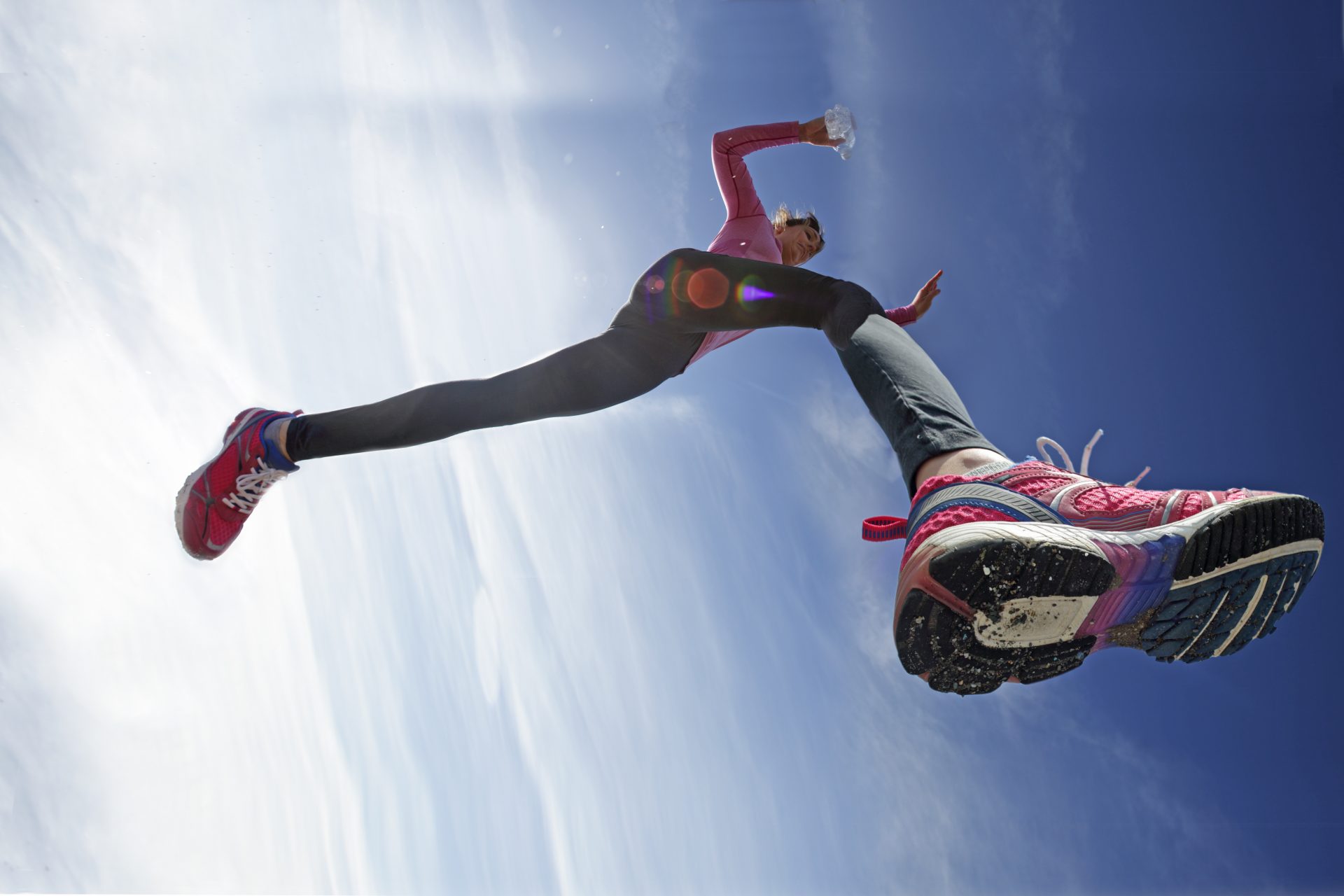 Other reasons include the fact that “regular exercise boosts levels of hepcidin, a liver hormone, which inhibits the recycling of iron, leaving less available in the blood. And the fact that trained athletes have an increased blood volume which dilutes iron levels,” Dr Ruxton explains.

Perhaps most interestingly is the fact that the way we touch the ground can break down iron cells. “In some athletes, foot strike hemolysis occurs, which is where repeated running or landing leads to red blood cells being destroyed due to the excess impact,” she adds.

A 2003 study is the main indicator of this: ​​finding that despite the same exertion, runners had fewer red blood cells than cyclists, thus footstrike must speed up the break down of the cells that transport the mineral around the body. The researchers concluded that although most iron is salvaged and reutilised from damaged red blood cells, intense training levels may impact this conservation due to the body being “overwhelmed or incompletely replenished during the recovery period”.

How to run: why you should include recovery runs into your training

How to support iron levels

According to Dr Ruxton, the early symptoms of low iron levels include shortness of breath and chronic tiredness. “Longer-term, if not treated, iron deficiency can impact on cognitive function and immune function.”

While the 2003 paper did report that hard-soled shoes led to more destruction of red blood cells than soft-soled shoes, there’s not enough research to prescribe cushioned trainers. So, in order to support your iron levels, nutrition is key. According to the NHS, women aged 19 to 50 need around 15mg of the mineral a day, but if you are at risk of low levels you may need more.

“The best sources of dietary iron are red meat (especially liver and kidneys), fortified breakfast cereals, eggs, green leafy vegetables and beans and pulses,” says Dr Ruxton. “Regarding amounts, I would suggest a fortified breakfast cereal daily and a multivitamin and multimineral supplement, red meat 4-5 times a week or iron-rich vegetarian alternatives (such as lentils, beans and pulses).”

3 iron-packed vegan recipes for all the plant-based energy

Taking the supplements or your iron-rich meals with vitamin C is also important to help absorb the mineral, so she recommends “having a glass of 100% orange juice with breakfast cereals” and adding leafy greens throughout your day.

“A daily multinutrient supplement, containing vitamins and minerals, is a good option for improving iron intakes alongside dietary changes,” notes Dr Ruxton, but urges that you talk with your GP before starting supplements.