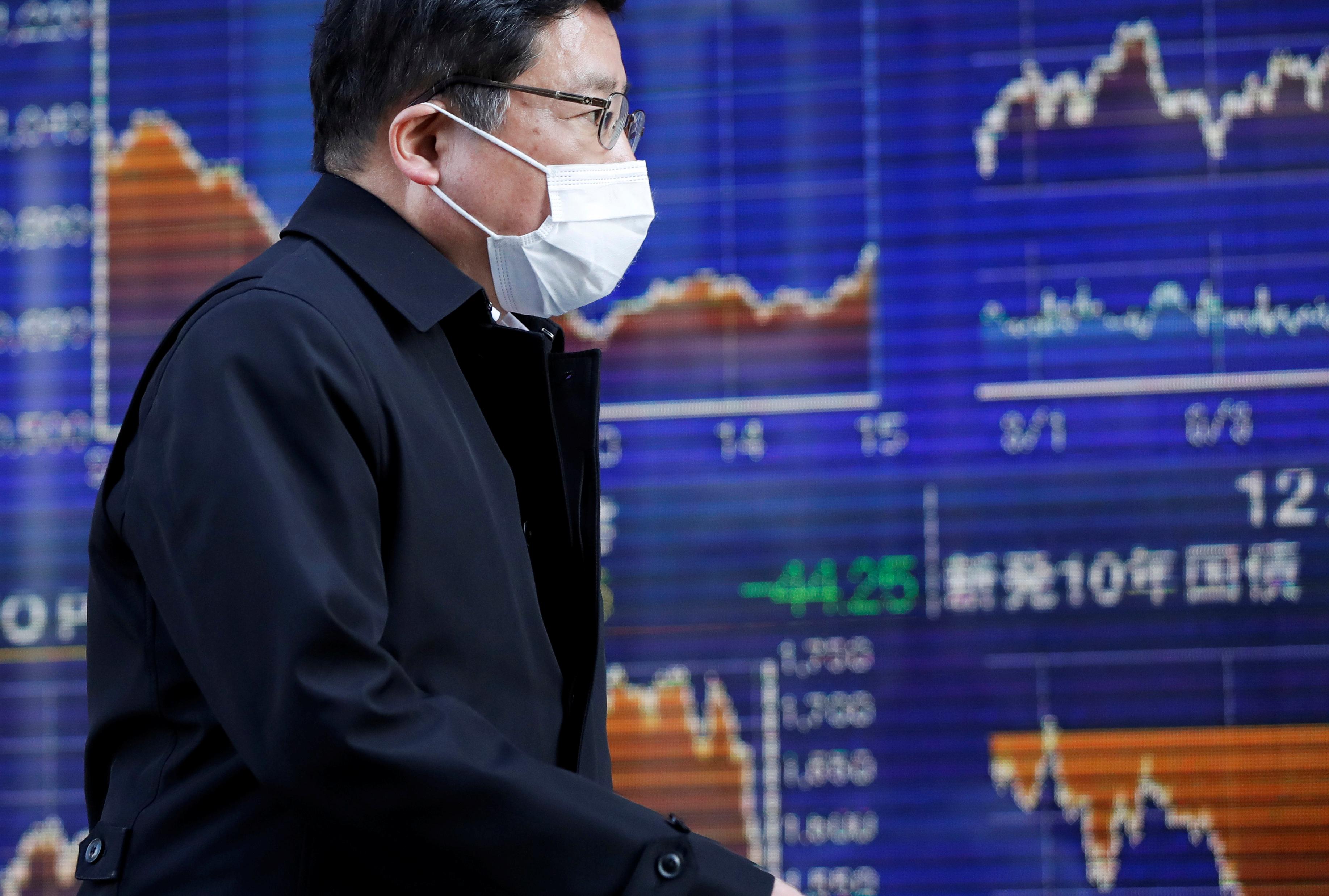 Tuesday’s lift in the S&P 500 came as policymakers around the world cobbled together packages to counter the severe restrictions on various economy-boosting activities aiming at slowing the spread of the virus.

“While markets react to positive news on stimulus, that doesn’t last long. I think there are a lot of banks and investors whose balance sheet was badly hit and they will have lots of positions to sell,” said Shin-ichiro Kadota, senior currency and rates strategist at Barclays.

The Trump administration on Tuesday unveiled a $1 trillion stimulus package that could deliver $1,000 cheques to Americans within two weeks to buttress an economy hit by coronavirus while many other governments look to fiscal stimulus.

“That would be bigger than a $787 billion package the Obama administration came up after the Lehman crisis, so in terms of size it is quite big,” said Masahiro Ichikawa, senior strategist at Sumitomo Mitsui Asset Management.

“Yet stock markets will likely remain capped by worries about the spreading coronavirus,” he said.

Talk of big stimulus is raising some concerns about the long-term outlook of U.S. fiscal health, putting pressure on long-term U.S. government bonds.

The spread between 30-year and five-year yields rose to almost 1%, the highest since September 2017.

In the currency market, a shortage of dollar cash supported the U.S. currency.

The dollar held firm against most currencies but dipped 0.25% against the safe-haven yen to 107.28 yen JPY=.

Oil prices sank near their 2016 troughs as the prospects of slow oil demand due to the pandemic added to pressure from a Saudi-instigated price war.