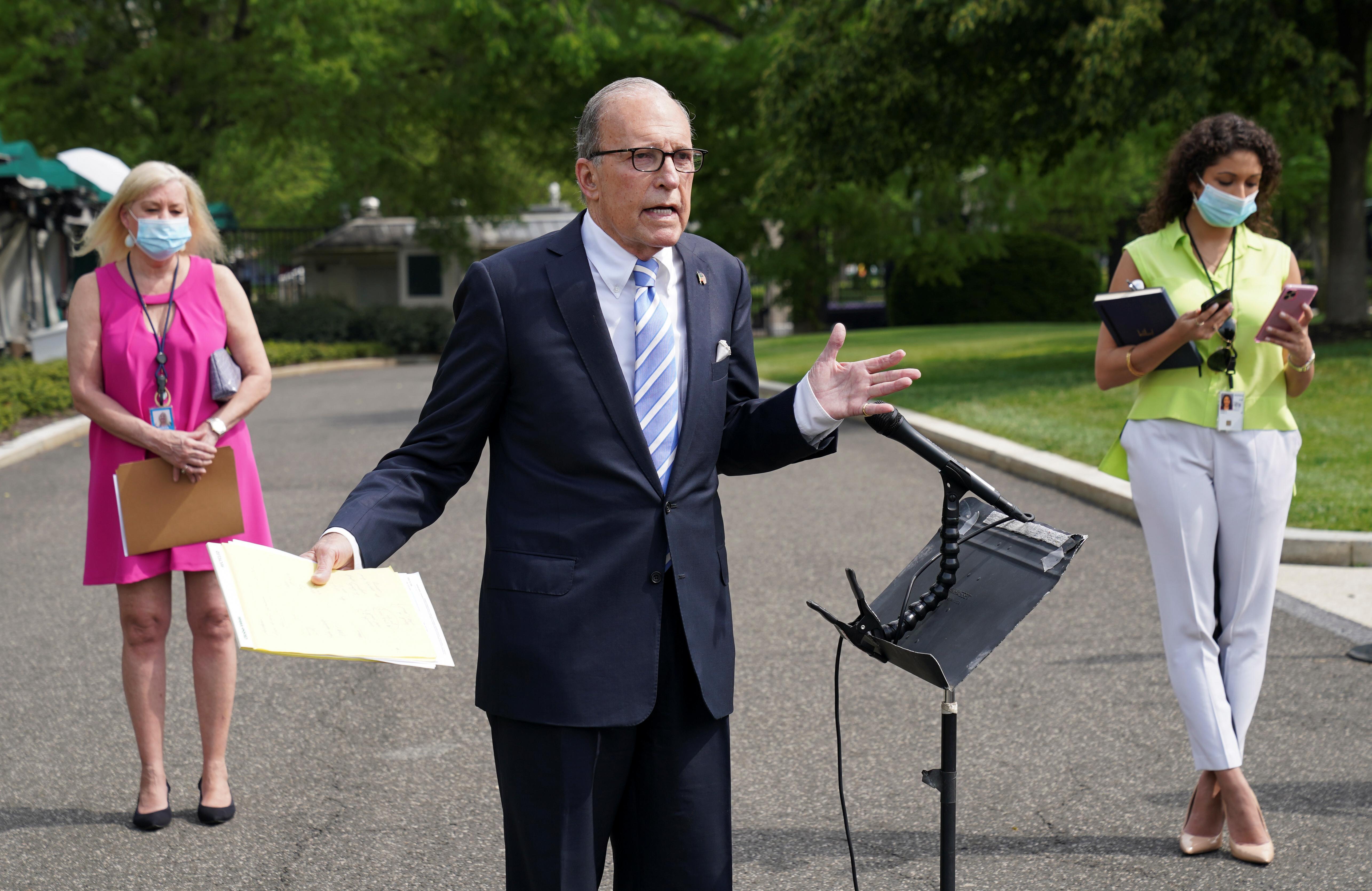 “We’ve offered a payroll tax holiday so that you come back to work (and) those folks will get a higher after-tax wage – 7.6% higher,” Kudlow told reporters at the White House.

For most Americans, 7.6% of their paycheck is withheld by the federal government to go toward the taxes they owe for the year. A holiday, essentially a temporary tax cut, generally benefits lower-paid households the most. Kudlow pointed out, though, that people must have jobs in order for the holiday to work, a tricky proposition with tens of millions losing work in the last two months.

In an interview with Fox Business Network earlier Kudlow appeared to misspeak, referring to the holiday as “a 7.6% cut in their payroll tax.”

The conservative leaning Tax Foundation has estimated that if the Trump administration held a holiday starting on April 1 that lasted through the end of the year, the government would lose out on $950 billion.

Trump is looking to the tax code to help the economy regain ground lost when states shut down virtually all economic activity in hopes of containing the spread of the novel coronavirus. He is also considering incentives for companies to move back to the United States, which Kudlow termed “onshoring.”

“We’re going to look at the numbers and assess what we think is necessary and not necessary,” Kudlow told reporters. “I’m being vague because I can’t commit.”

(This story has been refiled to fix typographical error in headline)