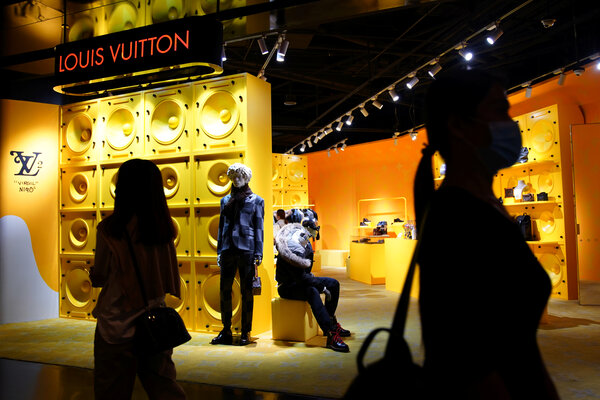 The International Monetary Fund said on Tuesday that the world economy is beginning its ascent from the worst downturn since the Great Depression but that the deep recession caused by the coronavirus pandemic will leave scars on labor markets for years to come.

In its latest World Economic Outlook report, the I.M.F. projected that the global economy would contract 4.4 percent in 2020. The forecast was a slight improvement from its midyear projection, as the easing of lockdowns and robust fiscal and monetary policy support have helped output recover more quickly than previously expected. But the global economy is not yet out of the woods.

“This crisis is, however, far from over,” Gita Gopinath, the I.M.F.’s chief economist, wrote in a memo accompanying the report. “The ascent out of this calamity is likely to be long, uneven, and highly uncertain.”

Ms. Gopinath urged countries not to withdraw policy support prematurely and warned that the crisis is intensifying inequality. Labor markets remain well below their prepandemic levels, and women, the young and low-income workers have been hit the hardest. National debt levels are swelling as tax bases shrink.

The recession is hammering both advanced and emerging economies. The United States economy is expected to contract 4.3 percent this year, and the eurozone economy is projected to shrink 8.3 percent, led by sharp contractions in Spain and Italy.

The lone exception this year is China, where the virus was first detected. China’s economy is projected to expand 1.9 percent in 2020, as its aggressive measures to contain the virus have allowed economic activity to resume more quickly.

The I.M.F. expects the global economy to expand 5.2 percent next year and then slow to a rate of 3.5 percent over the next several years. Compared with the group’s prepandemic projections, the world will lose $28 trillion in total output through 2025.

Continued aggressive fiscal support is not a given, considering mounting government debt. In the United States, for example, lawmakers have struggled to agree on another stimulus package amid political gridlock and concerns about spending.

The economic forecasts are also highly dependent on the trajectory of the virus and on the ability to combat it. Successful vaccines and more effective therapies will be required in order for countries to ease social distancing requirements and allow businesses to resume normal activity next year.

A resurgence of the virus and subsequent national lockdowns would mean more economic turmoil, the I.M.F. warned.