(Reuters) – The U.S. unemployment benefits program, a key part of the safety net for the labor market, is facing its biggest test in more than a decade. 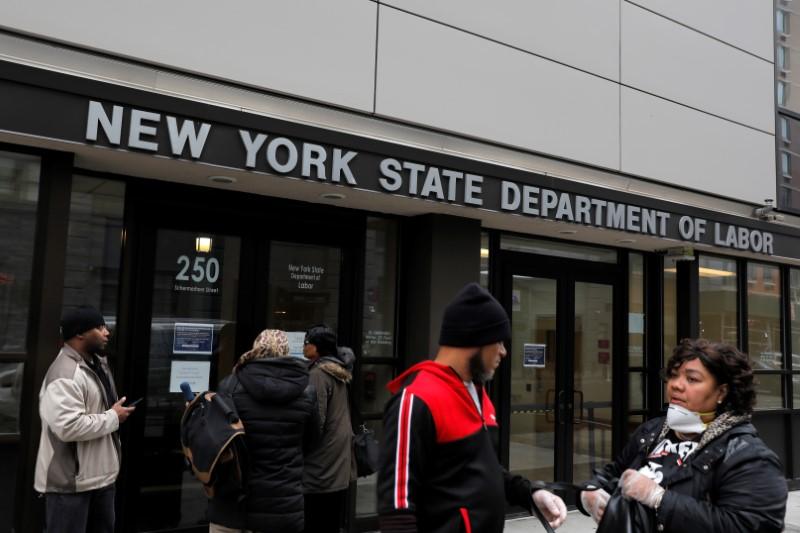 More than 2 million applications could be filed this week, economists said, as people who work for restaurants, bars, hotels and other businesses suddenly find themselves out of work because of the coronavirus.

States that cut unemployment staff and benefits during better economic times may be unprepared for the deluge in applications, analysts say. Some are moving rapidly to hire new workers or reallocate staff to keep up with the demand.

“States are just not in a position to respond to this,” said Michele Evermore, a senior policy analyst at the National Employment Law Project in Washington, D.C. “They’re at historically low levels of funding and they’re moving into a state where there may be historically high levels of claims within a couple of weeks.”

The pandemic is dealing a blow to states already facing budget shortfalls. Twenty-three states were short on unemployment insurance trust funds as of last year, before the coronavirus shock, a Department of Labor calculation shows here

Some workers who applied for the program this week were met with downed websites, long waits on phone lines and other delays.

After being laid off from her job as a bar tender in New York City, Caitlin Ma, 29, went online to apply for unemployment and food stamps on Thursday. “But the systems are so bogged down,” she said. To expedite her food stamp application, Ma will have to go physically to the offices, despite health officials’ recommendations.

Logins for the New York State Department of Labor are up 400% from the typical traffic and claims are up by more than 1000% in some areas this week, said Deanna Cohen, a spokeswoman for the department. The state is dedicating more than 700 staff members to deal with the increase, Cohen said.

Making things worse, qualifications and benefits available may also vary based on where workers live.

The U.S. Department of Labor, which sets federal guidelines for the program, recently gave states the flexibility to provide benefits to people temporarily out of work. But states administer the benefits, and not all have made the change.

North Carolina, where filings have already jumped, this week said here that anyone “separated from employment” by the virus, including having their hours reduced though still retaining a job, is entitled to unemployment insurance.

But lawmakers in Mississippi did not agree on a bill to extend access to jobless benefits, and are now on recess until April 1, according to a report in Mississippi Today. here

Ten states, including Florida, Alabama, North Carolina and Georgia, have cut their maximum length of benefits over the last several years to be less than 26 weeks, which is the standard for most states.

A bill passed by the Senate this week could increase funding for state labor departments and would make extended benefits available in the states where the unemployment rate rises by at least 10%. That funding could provide needed support to states that are now hiring rapidly to rebuild their staffs, Evermore said.

Some hospitality workers in Miami said they were told that after submitting applications for unemployment benefits online that it would take up to 72 hours to be notified that everything is in order. Others said they expected to be waiting a week or more.

On Friday, a message on the website for the state’s labor department said the department is “experiencing higher than average wait times.”

“There’s nothing to do other than wait,” said Bri Thomas, 25, who was an events manager for a handful of hotel restaurants in Miami.

Florida is planning to hire more than 100 staffers to help process claims, and starting next week, its call center will be open seven days a week, said Tiffany Vause, a spokeswoman for the Florida Department of Economic Opportunity.

Broader access to unemployment benefits can help stabilize the economy after a downturn – and speed up the recovery – by providing people who lose their jobs with cash they can use to buy groceries, gas and other necessities. The changes some states are making may help lessen the blow to their local economies. 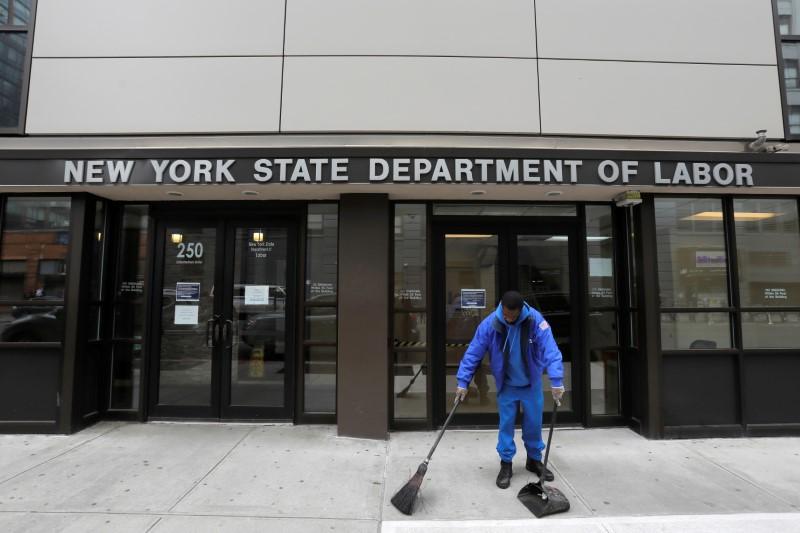 “It’s unfortunate that it takes a crisis for us to realize how important it is for people to have good unemployment insurance programs,” said Dave Cooper, a senior economic analyst for the Economic Policy Institute in Washington D.C.

Still, the recent adjustments may not fully close the gaps in the system. Self-employed people and contract workers who experience a drop off in business because of the virus may not be able to qualify for help, said Stephen Wandner, a research fellow at the W.E. Upjohn Institute.

“There are all of these other people who are losing their jobs who are not covered by unemployment insurance in the first place,” said Wandner.