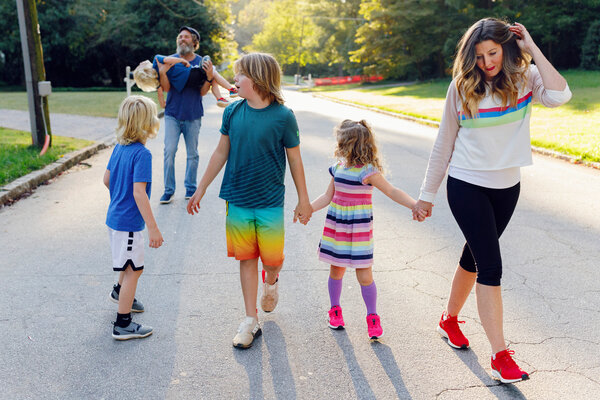 Just as people are beginning to squeeze into form-fitting clothes again, the shapewear brand Spanx has tapped Goldman Sachs to explore options including a sale, reports the DealBook newsletter, based on multiple sources familiar with the situation.

Any deal could value Spanx at $1 billion or more and allow Sara Blakely, the brand’s founder, to keep some of her ownership in the company. Spanx generated $300 million to $400 million in revenue over the past year, and $50 million to $80 million in operating earnings.

The people spoke on condition of anonymity because the talks were confidential. Spanx did not respond to multiple requests for comment.

The brand has attracted interest from private equity firms, including Carlyle, whose past investments in brands include Beautycounter, OGX and Supreme, and TPG, which has invested in Anastasia Beverly Hills.

Sales of women’s dresses were up 50 percent the week before Easter compared with the same week in 2019, according to NPD, which could signal demand for shapewear as lockdowns lift and people return to the office and go out more. But key to shapewear’s post-pandemic success will be products that maintain a level of comfort many have become used to while working in loose clothing over the past year and a half. And post-pandemic style trends are hard to predict, with even professional forecasters conceding befuddlement.

Founded more than 20 years ago, Spanx has become synonymous with the product it sells, like Kleenex with tissue. It has spawned rivals such as Kim Kardashian’s Skims, recently valued at $1.6 billion, which distinguishes itself with modern cuts and a broader color assortment. And Spanx has faced pushback amid focus on body neutrality and the rejection of the “culture of perfection.” Seeking new growth, Spanx has expanded beyond undergarments into denim, swimsuits and undershirts for men.

Ms. Blakely has long resisted selling or taking the company public. But with private equity firms eager to spend idle capital and valuations on the rise, consumer brands are eyeing lofty paydays. The online fashion retailer Ssense announced the first fund-raising in its 18-year history earlier this month, which valued the company at more than 5 billion Canadian dollars ($4 billion). A slew of other brands — including Allbirds and Warby Parker — are planning public listings.