ZURICH/FRANKFURT (Reuters) – Siemens (SIEGn.DE) managing board member Michael Sen will no longer take charge of the new energy business which the German engineering group wants to spin off later this year, it said on Thursday, after he agreed to leave the company. 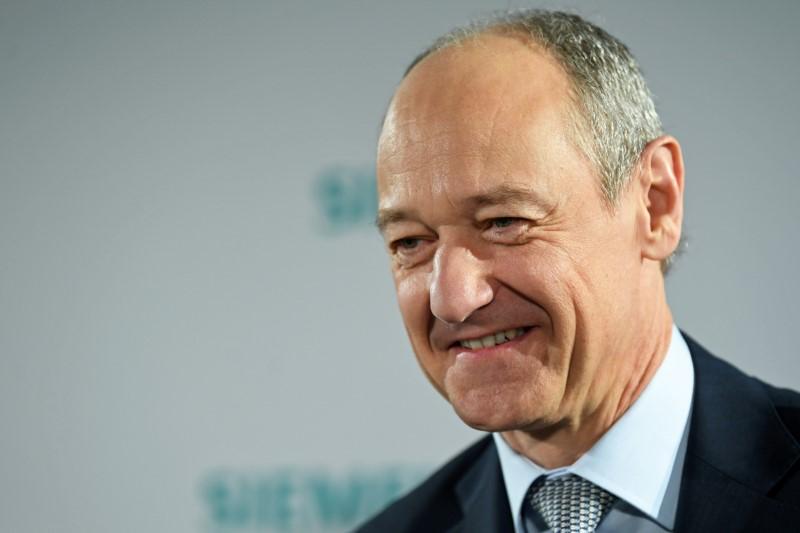 Siemens also announced that longstanding Chief Executive Joe Kaeser would leave the company and be replaced by deputy Chief Executive Roland Busch by early next year at the latest, making official a move that was expected.

Sen had been one of the favourites to succeed 62-year-old Kaeser before he was named CEO designate of the 27 billion euro ($28.84 billion) Siemens Energy business last September.

Michael Patzak, the executive responsible for carving out the energy business from the rest of Siemens and due to be its chief financial officer, will also leave by mutual consent, Siemens said.

The trains to industrial software conglomerate gave no reasons for the departures, although a source told Reuters there had been disagreements about how large a stake Siemens would retain in the new company after the spin-off.

Siemens originally said it would keep less than 50% of the company, but sources told Reuters that Sen wanted Siemens to keep a much smaller stake.

Replacing Sen, Siemens said it was appointing Linde executive Christian Bruch to be the new CEO of the energy business, effective May 1.

Until then it will be led by Tim Holt, the chief operating officer of the gas and power unit.

The spinoff and public listing of Siemens Energy by the end of September 2020 is being pursued on schedule and without change, Siemens said.

The business, which employs 80,000 people, has struggled with collapsing global demand for large gas turbines used to generate electricity as well as cut-throat pricing competition with rivals including General Electric and Mitsubishi Heavy Industries.

Siemens also said CEO Kaeser would be named as the chairman of Siemens Energy, ending speculation about his future when his contract expires early next year.

Kaeser, who has led Siemens since 2013, told Siemens’s supervisory board he would not seek a contract extension.

The move clears the way for deputy CEO Busch to become chief executive of the Munich-based company.

Busch will take charge no later than Feb 3 2021, and has been given a new five year contract, Siemens said.