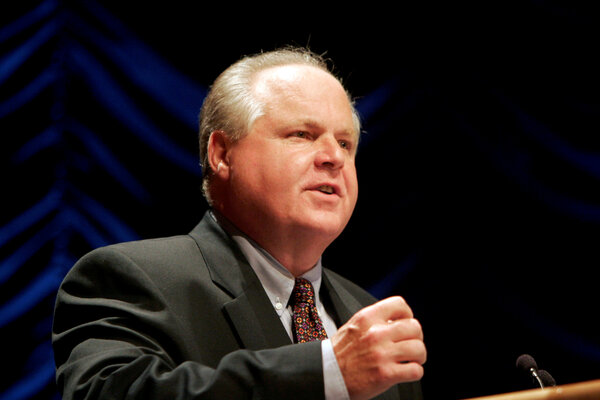 Three months after the death of the right-wing talk radio star Rush Limbaugh, Premiere Networks announced that Clay Travis and Buck Sexton would take over his time slot.

The duo will host a weekday program from 12 p.m. to 3 p.m. Eastern that will be syndicated by Premiere Networks, a division of iHeartMedia, to hundreds of radio stations across the United States, the network said Thursday.

The broadcaster has been running old episodes of “The Rush Limbaugh Show” in the time slot since Mr. Limbaugh’s death in February. “The Clay Travis & Buck Sexton Show” will start on June 21. The hirings were first reported by The Wall Street Journal.

Mr. Limbaugh died on Feb. 17 at age 70 from complications of lung cancer. He had dominated the conservative media landscape for more than three decades with his provocative commentary and propensity to push conspiracy theories. At the time of his death, he had a following of roughly 15 million listeners.

Premiere Networks is hoping to retain that audience with their new picks, but the pair face competition from Mr. Limbaugh’s counterparts on other networks. Cumulus Media’s Westwood One arm announced in April that the right-wing commentator Dan Bongino would take over the 12 p.m. to 3 p.m. time slot on its radio stations with a new show. Radio America recently re-signed a multiyear deal with Dana Loesch, the former National Rifle Association spokeswoman, who also has a program in the same time slot.

Mr. Travis, 42, is the founder of the sports and politics website Outkick.com, which was recently bought by Fox Corp. He hosts a nationally syndicated show on Fox Sports Radio and co-hosts a daily sports betting TV show on Fox Sports 1. Mr. Sexton, 39, a former C.I.A. officer, has his own three-hour weekday talk radio program on Premiere Networks and is a frequent Fox News guest.