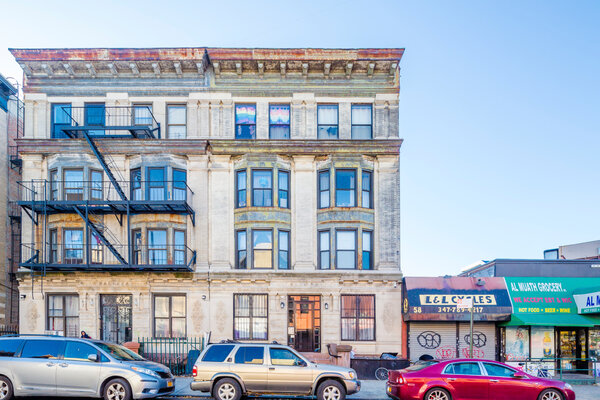 This four-story, 9,584-square-foot building in Crown Heights contains eight four-bedroom apartments, all occupied. Built in 1931, the building also has a basement.

Built in 1900, this five-story, 9,102-square-foot building in Brooklyn Heights contains 10 two-bedroom apartments and a basement studio. Nine of the apartments are vacant. The building had been in the previous owner’s hands for decades.

This 8,950-square-foot, five-story building in Chelsea has two stories of retail space and six apartments, three of which are rent-regulated. Built in 1920 and renovated in 1986, the retail space was last occupied by Francisco’s Centro Vasco, a Spanish restaurant that closed in 2017.