SEATTLE/CHICAGO/PARIS (Reuters) – Boeing and Airbus face a drop in planned deliveries as airlines struggle to survive the coronavirus crisis, sending shares in planemakers plunging on Monday. 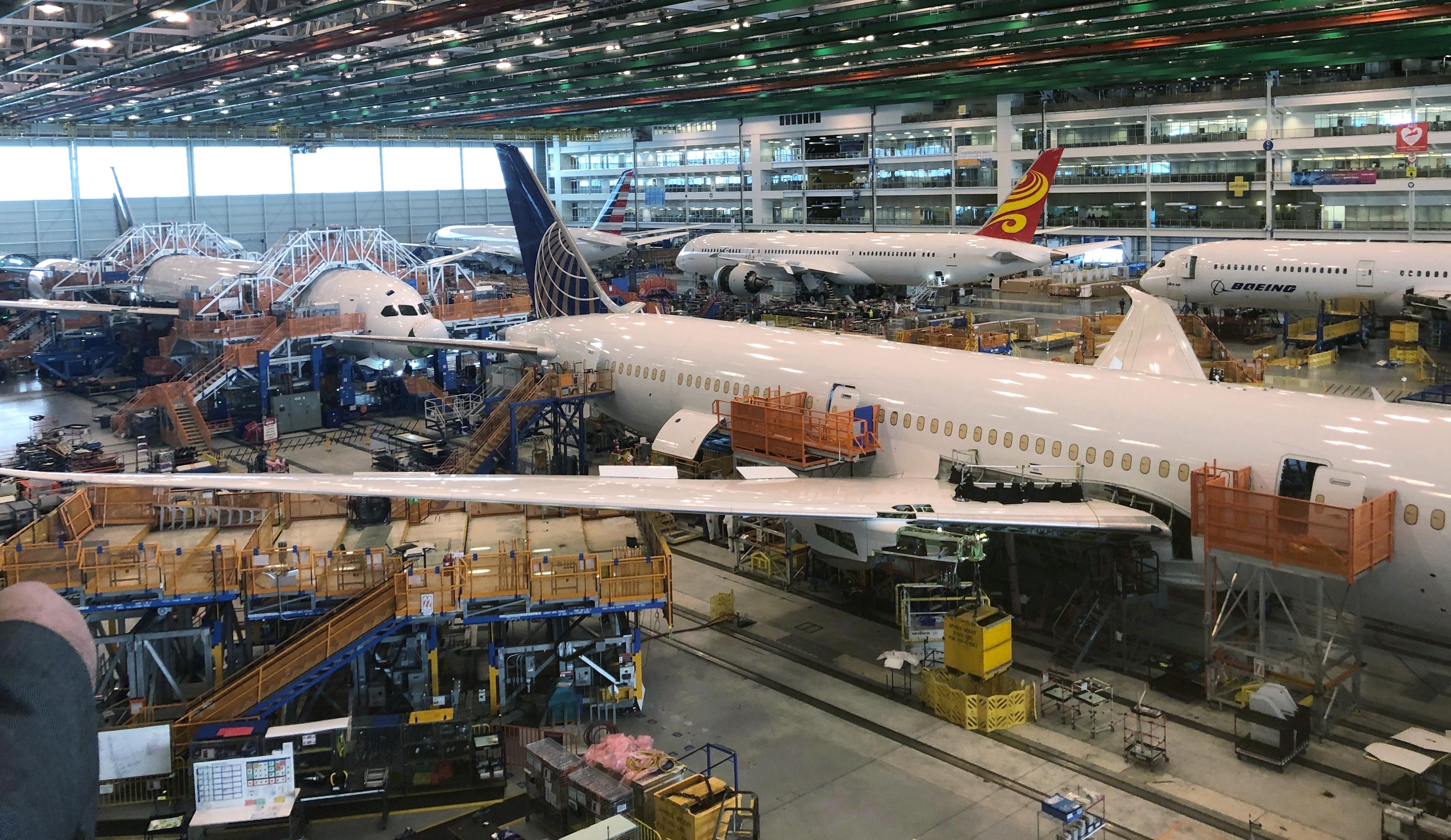 The world’s largest planemakers make most of their money when they deliver jets, but airlines are doing everything possible to preserve cash as air travel plummets and even financially sound U.S. carriers could defer deliveries.

“We don’t know what the world is going to look like in two weeks let alone two months,” one industry source close to fleet plans told Reuters on Monday.

Boeing did not immediately respond to a request for comment.

Dozens of brand-new aircraft were sitting outside factories at both planemakers, especially jetliners destined for China, witnesses said. China was the initial epicenter of a coronavirus outbreak that is now rapidly spreading across the world.

Up to 20 of Airbus’ hot-selling A321 jets were parked at its Hamburg, Germany facility. Meanwhile, one industry source said finished 787 Dreamliners were idled at Boeing’s plant in South Carolina, a key program already hit by slower sales in a softening widebody market.

More problematically for Boeing, the global health crisis threatens the smooth return to service of its money-spinning 737 MAX, as cash-strapped airlines push off plans to absorb the grounded planes or make pre-delivery downpayments.

United Airlines President Scott Kirby has said the airline will not take deliveries for the time being, a decision that could also push back its 2021 delivery schedule.

The head of Southwest Airlines, Boeing’s largest 737 MAX customer, has said it will keep options open on aircraft deliveries this year as it watches demand.

Meanwhile, Airbus deliveries have been hit by the impact of the coronavirus on airline operations, especially in China, as well as snags in ramping up production and new travel rules.

In order to make it easier for airlines to take delivery without sending big teams, Airbus has rushed to design a tool called Electronic Transfer of Title (ETOT) which involves doing the transaction at a distance after reviewing photographs.

It usually takes several airline officials to review the paperwork, last-minute quality checks and financial arrangements needed to transfer the ownership or “title” of the asset worth tens of million of dollars and approve delivery.

In most cases airlines are still required to send pilots to fetch the jets. One option being considered is for Airbus to deliver planes with its own pilots, but a question mark remains over how quickly airlines will take planes that are not needed.

“Airlines can find ways to delay taking delivery,” said one person familiar with the process. Qatar Airways is one airline that has been known for delaying delivery, citing its stringent standards, although analysts have also cited market pressures.