Even the consideration of such a move shows the waning influence of traditional broadcast TV. 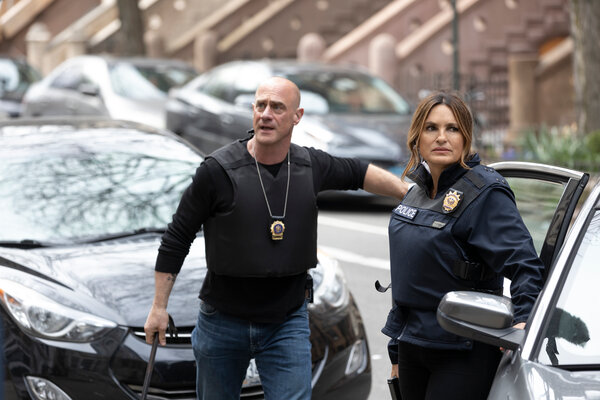 NBC executives have had discussions about ending the network’s prime-time lineup at 10 p.m. and turning the hour over to local stations, according to two people with knowledge of the talks.

Though no decision has been made, and NBC officials may eventually decide against making the move, the fact that it is even a consideration reflects the declining influence and viewership totals for the major broadcast networks as streaming entertainment has become ascendant.

In a statement, the network said: “We are always looking at strategies to ensure that our broadcast business remains as strong as possible. As a company, our advantage lies in our ability to provide audiences with the content they love across broadcast, cable and streaming.”

If NBC, the broadcaster that placed landmark dramas like “ER” and “Law & Order” at 10 p.m., forfeited the hour, it would be a largely symbolic yet significant change to the American television landscape. For the fall, NBC has nine hours of new scripted dramas in its lineup. Six of those hours, consisting of the entire prime-time lineup on Wednesday and Thursday nights, are from the superproducer Dick Wolf.

NBC’s most successful unscripted show, “The Voice,” as well as shows from its newsmagazine franchise, “Dateline,” occupy six hours of the fall lineup. Sunday night is dedicated entirely to the National Football League.

With the fall schedule set, the earliest NBC could turn its 10 p.m. hour into local programming would be more than a year away. There have also been discussions about taking NBC’s late-night franchise, “The Tonight Show,” and moving it up earlier, possibly to 11 p.m., a departure from its longstanding 11:30 slot.

This month, NBC also announced that it would take the long-running soap opera “Days of Our Lives” off network airwaves and move it exclusively to Peacock.

NBC has experimented with the 10 p.m. slot before. In 2009, it turned the slot over to Jay Leno. The experiment did not go well, and NBC soon returned scripted shows to that hour.