Marquee Brands’ maternity portfolio is about to expand.

Second Avenue Capital Partners has closed on a $10 million senior secured credit facility to Marquee’s two maternity brands: Motherhood Maternity and A Pea in the Pod. The money will be used to provide the company with additional liquidity to expand the digital growth initiatives it amplified during the height of the pandemic.

Even before COVID-19 caused retail stores to shutter, the two maternity brands had started to implement a strategic plan to close all of their brick-and-mortar stores and focus exclusively on their online efforts. In 2019, Destination Maternity had operated about 900 stores but about 200 were closed during the bankruptcy and last March, the remaining stores were liquidated. The 21 remaining Pea in the Pod stores were also exited by the same time.

According to Marla Ryan, brand executive vice president for both Motherhood Maternity and A Pea in the Pod, “Last year was such a large transition for us. Prior to the pandemic, we were already in the process of reducing and closing all of our brick-and-mortar locations. Two weeks before everything set in, we also decided to exit all of our leased locations within Macy’s, Bye Bye Baby and Boscov’s and focus on being a digitally driven organization.”

Then when online shopping was the only option, Ryan said, the brands doubled down on their efforts to communicate more closely with their customers by creating more compelling digital content related to all stages of motherhood.

“We made a lot of investments last year, we upgraded to a new platform for both of our websites, we took a lot of time to rebrand both of the businesses,” Ryan said. “It had been some time since that had been done.”

At the same time, the company significantly expanded its marketing efforts, an initiative that got its start during the Zoom meetings that became pervasive during the pandemic. Some of the employees were pregnant and it gave rise to an idea: The Zoom meetings would be filmed and they spawned the Real Moms video campaign.

“We had four different series,” Ryan said, adding that they resulted in “phenomenal community engagement. These were real moms and they were struggling: how will I deliver, can my partner come to the hospital, how do I go to my first appointment, what will happen if I get sick, what if the baby gets sick, what do I do, where do I go? And the really beautiful thing was that as each mom came through each of the stages, they were able to give advice to the ones that were coming up.” Motherhood Maternity has doubled down on community building. Bryan Solarski

That campaign continues this year along with Life & Color, a multicity virtual journey that kicked off in March in Philadelphia that will continue in major markets around the country where expectant moms in each city take viewers to the top local spots. The campaign includes a charity component where $2 from the sale of a Mamma T will be donated to a local non-profit.

“No matter where you live in the U.S., they’re all dealing with the same thing: going back to work, schools reopening or not reopening,” Ryan said. “It’s helped bond us through this interesting journey we’ve been on.”

Ryan said the successful community building efforts have also led to increased sales. She pointed in particular to a collaboration between A Pea in the Pod and Something Navy that kicked off in December. “We had fantastic sales and did a second launch in May around summer dresses,” Ryan said, adding that the companies are “looking to continue that relationship.”

Ryan said that since joining the company from Lands’ End around three years ago, the focus has been on “three pillars: providing core essentials, offering fashion and focusing on “solutions and innovations. Today, you don’t really need to wear maternity to be pregnant — we’ve heard from many women that it’s a badge of honor to not have to buy maternity, but we can make you feel more comfortable, confident, help you and aid you throughout the pregnancy and after.”

Ryan said the capital will allow the brands to also create new products such as the Bump Lift Secret Fit Belly that supports women in the later stages of their pregnancy as well as the Bump Ease, a short with a cooling belly. 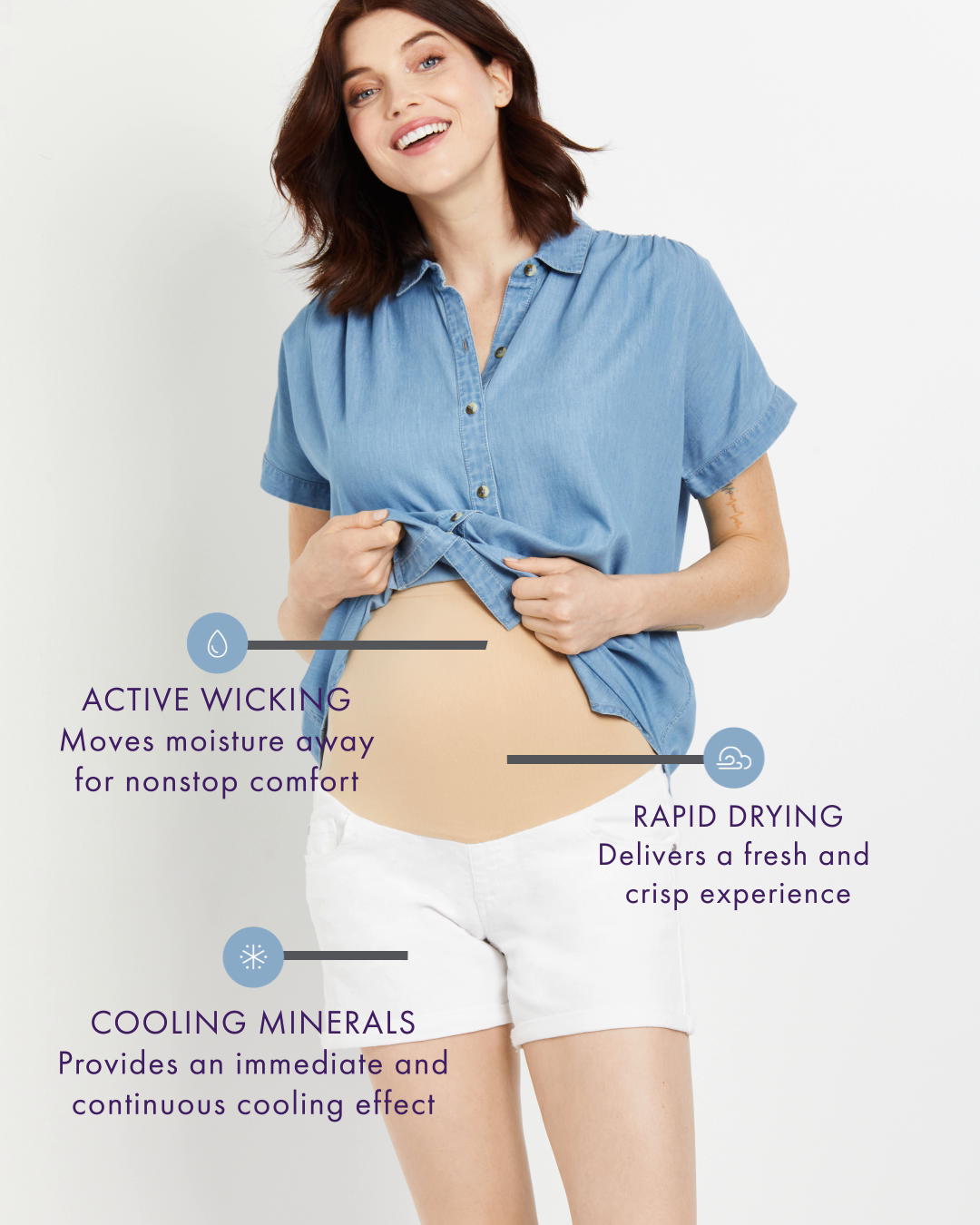 “These two maternity brands sit in a highly unique, niche market and possess an enviable e-commerce platform,” said Chris O’Connor, president of Second Avenue Capital Partners. “This facility will serve their business goals as they focus on developing a leading global marketplace and collaborate with strategic partners to achieve continued brand growth.”

Jonathan Greller, head of strategy and corporate development at Marquee Brands, added: “We’ve designed our digital channels with a focus on being consumer-centric. We’re really focused on solutions, building a community where commerce meets content. We continue to invest in our customer data platform to ensure we’re sending the right communication to the right customer and focus on personalization. That’s precisely why we continue to have the bright outlook on these two brands being the leading fashion maternity online retailers.”

The company was founded in 1982 by Dan and Rebecca Matthias as a mail-order catalogue under the Mothers Work Inc. name. In October 2019, the company went bankrupt, and in December of that year was purchased by Marquee Brands, which also owns the Martha Stewart, Bruno Magli and BCBG Max Azria nameplates. Marquee is owned by investor funds managed by Neuberger Berman.