MEXICO CITY (Reuters) – The Mexican government said on Monday that local residents voted by about 76% to reject the completion of a more than $1 billion brewery under construction by Constellation Brands Inc (STZ.N), a development likely to further shake investor confidence. 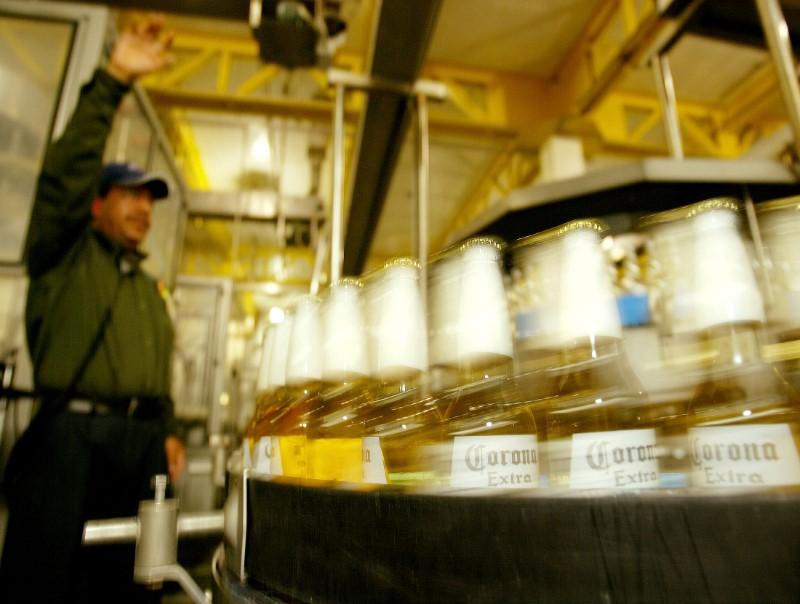 President Andres Manuel Lopez Obrador backed the weekend vote in the northern city of Mexicali, as he has in other high-profile projects including a partially built airport, as an exercise in local control.

“They have to respect the decision of the people. I think (the company) will understand when there’s a result like this one,” Lopez Obrador told his regular morning news conference.

Lopez Obrador said his support for the result of the local referendum did not mean his government opposes foreign private investment, adding that he planned to discuss an alternative site for the brewery with Constellation.

Constellation did not immediately reply to a request for comment. Earlier this month, the U.S.-based company said it would consider other locations if Mexico became problematic.

The results came as the Mexican peso hit a new low against the U.S. dollar, trading at 25 pesos per greenback for the first time ever.

“That may be due to a larger perception of risk in Mexico” driven by the vote, said Gabriela Siller, head of economic analysis for Mexico City-based Banco Base.

Several prominent Mexican business lobbies blasted the referendum process, saying it would generate uncertainty and hurt investment at a time when Mexico’s economy is weak and could be further damaged by coronavirus.

Lopez Obrador’s critics have panned past referendums as reflecting the will of only a tiny fraction of voters, lacking legitimacy due to the political parties behind them, and undermining private investment decisions.

Local activists in Mexicali, just across the U.S. border, argued that the project put water supplies at risk.

Constellation, which brews Modelo, Corona and other Mexican beers for export to mostly American drinkers, has countered that the brewery would affect less than 1% of local water supplies, and that the plant had all the requisite permits.

A Mexican government official said that under Chapter 14 of the newly ratified United States-Mexico-Canada Agreement, the project cancellation could be considered an indirect expropriation if the U.S. government wanted to pursue the matter.

“Surely the U.S. government is directly talking to the Mexican foreign ministry about this,” the person said, speaking on condition of anonymity as he was not authorized to speak on the matter.