Zhu Chaoping, a global markets strategist in the Shanghai office of J.P. Morgan, said that the willingness of China’s statisticians to acknowledge steep declines in January and February made it increasingly likely that China would report an actual shrinkage of its economy in the first quarter of 2 or 3 percent and possibly more. “They have let us know the real situation,” he said.

Mr. Mao said that whether the economy shrinks in the first quarter would depend on what happens in March.

Retail sales tumbled 20.5 percent in the first two months of the year compared with a year ago, after authorities kept stores closed beyond January’s Lunar New Year holiday. Even when shops reopened, often under pressure from their landlords, they had almost no customers until early March as many people continued to stay home to avoid infection.

Industrial production fell 13.5 percent. Many factories did not reopen until late February if at all. Tens of millions of workers had not yet returned from visits to their villages because of quarantines and roadblocks.

Fixed-asset investment slipped 24.5 percent. That category is expected to revive as provinces pour money into infrastructure projects this spring to restart economic growth.

The Fed unveils an emergency program to keep credit flowing.

The Fed’s interest rate cut on Sunday was its second emergency measure this month, reflecting its increasingly dire predictions about the economic impact of the coronavirus.

“The coronavirus outbreak has harmed communities and disrupted economic activity in many countries, including the United States,” the central bank said in a statement on Sunday. “The Federal Reserve is prepared to use its full range of tools to support the flow of credit to households and businesses.”

The Fed’s actions are aimed at making it easier for banks to lend money to businesses facing a steep and sudden drop in revenue as the virus forces them to curtail their activity or shut down.

In a sign of how urgent the Fed considered Sunday’s moves, the central bank’s chairman, Jerome H. Powell, said the Federal Open Market Committee would no longer hold its previously planned meeting scheduled for this week, saying this decision was “in lieu” of that.

Financial markets have plunged in recent weeks as investors fixated on potential costs of the coronavirus outbreak. Stocks are down some 20 percent from their Feb. 19 high.

On March 3, the Fed cut interest rates by a half percentage point in an emergency announcement. The U.S. stock market managed to rally only for roughly 15 minutes before falling sharply once again and finishing the day down nearly 3 percent.

The volatility has only grown since then, with the S&P 500 posting its worst-single day loss since the Black Monday crash of 1987 on Thursday, before posting an extraordinary 9.3 percent gain to close the week on Friday.

The wild swings in prices extend well beyond stocks. At times last week, the market for Treasuries showed signs of trouble — a worrisome indicator because U.S. government bonds are considered the safest spot for investors to park their cash in times of stress.

Australia’s securities regulator said on Monday that trading for some large equity markets will be reduced by up to one quarter, a rare move to prop up the Australian market as worries about the coronavirus send it sharply lower.

The Australian share market, which plunged 7 percent early when it opened on Monday, had seen record levels of trading over the last two weeks, the Australian Securities and Investments Commission said in a statement. Continued increases, it said, would put strain on the “processing and risk management capabilities of the market infrastructure and market participants.”

“Australian markets have been strong and resilient over this period and this action is pre-emptive and intended to maintain those high standards,” the regulator said.

The agency issued the order to a number of unspecified “large equity market participants” and told them to curtail trades compared with Friday’s levels. “We do not expect these limits to impact the ability of retail consumers to execute trades,” it said.

Australia’s market has fallen 28 percent since its high last month. The country hasn’t seen a recession in nearly three decades, but its economy depends considerably on China’s, which has been virtually frozen since late January.

The Reserve Bank of Australia also said on Monday that it was ready to buy Australian government bonds and buy Australian market products in an attempt to prop up the market.

The scale of the effort, which will likely push down yields and make borrowing as cheap as possible, is something that “has never been seen in living memory in this country,” Mr. Lucas said.

“It is a ‘whatever it takes’ moment to make sure Australia can get through the coronavirus pandemic,” he said. 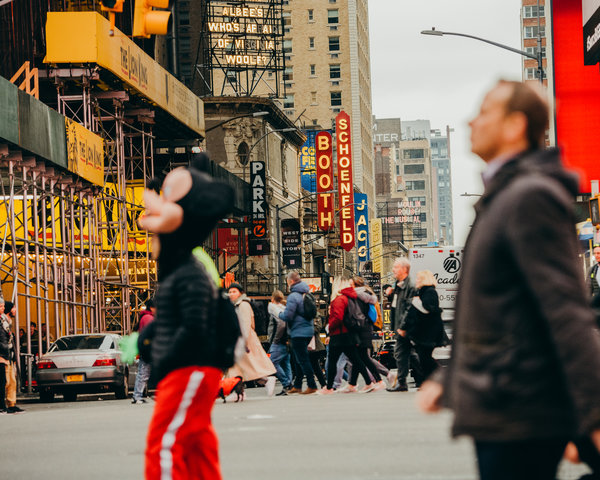 An economic hit from ‘all sides.’

For weeks, forecasters have warned of the coronavirus’s potential to disrupt the American economy just as it has done elsewhere. But there was little hard evidence beyond delayed shipments of goods from China and stomach-churning volatility in financial markets.

Now the effects are showing up in downtown nightspots and suburban shopping centers from coast to coast.

Not since the attacks of Sept. 11, 2001, has a crisis enveloped so much of the economy so quickly. Broadway is dark. The college basketball tournaments are canceled and professional sports are on indefinite hold. Conferences, concerts and St. Patrick’s Day parades have been called off or postponed. Even Disneyland — which stayed open through a recession a decade ago that wiped out millions of American jobs and trillions of dollars in wealth — is shuttered.

“This hits the heart of the economy, and it hits the economy on all sides,” said Diane Swonk, chief economist at Grant Thornton. “It’s not just that we’re slowing down things. We’re actually hitting the pause button, and there is no precedent, there is no mold for that.”

Starbucks will eliminate seating and close some stores.

Starbucks will eliminate seating at all of its company-owned stores in the United States for at least the next two weeks to encourage social distancing, the company announced on Sunday.

It will also temporarily close some stores in “high-social gathering locations,” like malls and college campuses. A Starbucks spokeswoman, Jaime Riley, said the company was still determining how many stores would be closed.

At the stores that remain open, customers will be able to walk up to the counter to order, place delivery or pickup orders online or use drive-throughs where available.

For the next two weeks, Starbucks employees who are unable to work or whose hours are reduced because of the store closures will be compensated for the shifts they would normally have worked.

At the end of that period, Starbucks will “reassess to make sure that our partners continue to be financially supported,” Ms. Riley said.

Seemingly every aspect of American life has been disrupted by the coronavirus pandemic, and the weekend ritual of watching a movie in the dark sitting with strangers has been no exception. Most cinemas in the United States remain open, with the two biggest chains, AMC and Regal, reducing seating capacity in auditoriums by 50 percent so that people could leave at least one empty seat between them. But fears about the coronavirus kept the masses at home: Domestic ticket sales totaled about $55.3 million, a 44 percent drop from last weekend, despite three new films — “Bloodshot,” “The Hunt” and “I Still Believe” — arriving in wide release.

It was the worst period for movie theaters in two decades, according to Comscore, which compiles box office data. The next lowest weekend was Sept. 15 to 17 in 2000, when ticket sales totaled $54.5 million and the primary draws were holdovers like “The Watcher,” a serial-killer movie, and “Nurse Betty,” a dark comedy starring Renée Zellweger. In today’s money, however, the 2000 weekend generated roughly $83 million in ticket sales.

Catch up: Here’s what else is happening.

Wynn Resorts to shut down for two weeks. The company said it would close its Wynn Las Vegas and Encore casino hotels on Tuesday at 6 p.m. for two weeks and is “committed” to paying its full-time employees during the shutdown. MGM Resorts said it would close its Las Vegas properties starting Tuesday and would reopen as soon as it is “safe to do so.”

Retailers started closing stores: Apple said it would shutter more than 450 stores across 21 countries for two weeks. Nike said it would shut all of its stores in the United States, Canada, Western Europe, New Zealand and Australia for the same period.

Spain and France announced drastic restrictions: On Saturday, Spain ordered all citizens to confine themselves to their homes — and to leave only to buy food, go to work, seek medical care or assist the elderly and others in need. France announced the closing of all “non-indispensable” businesses as of midnight, including restaurants, bars and movie theaters.

Volkswagen will temporarily close a factory in Chattanooga, Tenn. The factory will close for the day on Monday as managers assess how to handle a shortage of workers who have child care problems.