Scott Kirby, the chief executive of United Airlines, reached a breaking point while vacationing in Croatia this summer: After receiving word that a 57-year-old United pilot had died after contracting the coronavirus, he felt it was time to require all employees to get vaccinated.

He paced for about half an hour and then called two of his top executives. “We concluded enough is enough,” Mr. Kirby said in an interview on Thursday. “People are dying, and we can do something to stop that with United Airlines.”

The company announced its vaccine mandate days later, kicking off a two-month process that ended last Monday. Mr. Kirby’s team had guessed that no more than 70 percent of the airline’s workers were already vaccinated, and the requirement helped convince most of the rest: Nearly all of United’s 67,000 U.S. employees have been vaccinated, in one of the largest and most successful corporate efforts of the kind during the pandemic.

The key to United’s success, even in states where vaccination rates are at or below the national average, like Texas and Florida, was a gradual effort that started with providing incentives and getting buy-in from employee groups, especially unions, which represent a majority of its workers.

About 2,000 employees have applied for medical or religious exemptions, though their fate remains unclear as United fights a lawsuit over its plan to place them on temporary leave. A few hundred more failed to comply with the mandate and could be fired in coming weeks.

When United announced its mandate in early August, it was part of a lonely group of large employers willing to broadly require vaccination. Some companies, like Disney and Walmart, had acted earlier but initially required only some employees to be vaccinated, primarily white-collar staff.

The airline earned high praise from President Biden, who weeks later announced that regulators would require all businesses with 100 or more workers to require vaccinations or conduct weekly virus testing. And the company drew scorn from conservatives.

Other mandates are producing results, too. Tyson Foods, which announced its vaccine requirement just days before United but has provided workers more time to comply, said on Thursday that 91 percent of its 120,000 U.S. employees had been vaccinated. Similar policies for health care workers by California and hospitals have also been effective.

On Friday, American Airlines said it would impose a vaccine mandate, too. But Delta Air Lines and Southwest Airlines have not. In late August, Delta said it would charge its unvaccinated employees an additional $200 per month for health insurance.

A Year in the Making

United had been laying the groundwork for a vaccine mandate for at least a year. The airline already had experience requiring vaccines. It has mandated a yellow fever vaccination for flight crews based at Dulles International Airport, near Washington, because of a route to Ghana, whose government requires it.

In January, at a virtual meeting, Mr. Kirby told employees that he favored a coronavirus vaccine mandate.

Writing letters to families of the employees who had died from the virus was “the worst thing that I believe I will ever do in my career,” he said at the time, according to a transcript. But while requiring vaccination was “the right thing to do,” United would not be able to act alone, he said.

The union representing flight attendants pushed the company to focus first on access and incentives. It argued that many flight attendants couldn’t get vaccinated because they were not yet eligible in certain states.

Mr. Kirby acknowledged that widespread access would be a precondition. The airline and unions worked together to set up clinics for staff in cities where it has hubs like Houston, Chicago and Newark. 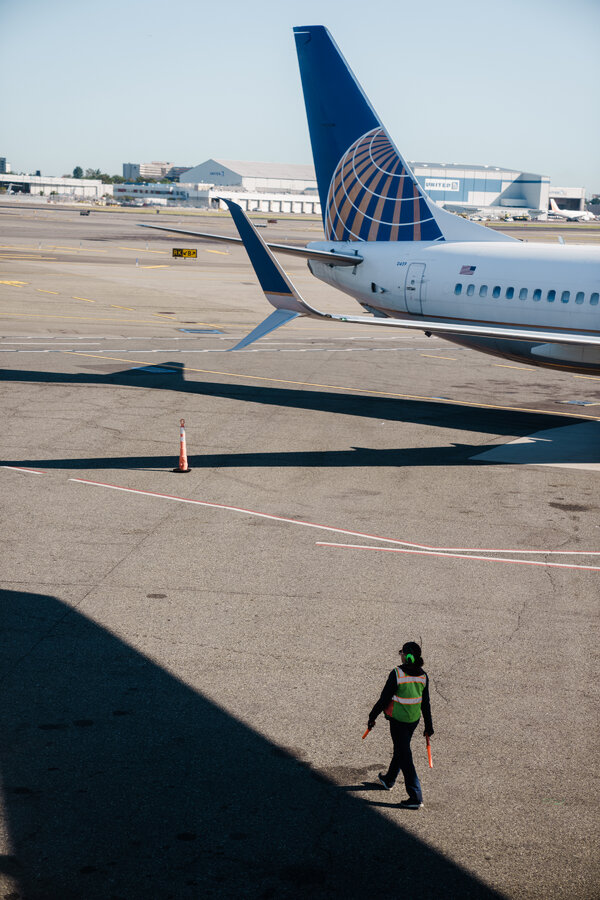 But the issue came to a head in late April when a United official called Capt. Todd Insler, the head of the United pilots’ union, to tell him the company planned to announce a mandate affecting his members very soon. The company conveyed a similar, though less definitive, message to the flight attendants.

Mr. Kirby said that the phone calls had been driven by the need to make sure pilots and flight attendants were vaccinated when they flew to countries where infection rates were rising, and that no final decision had been made.

“Cases had waned in the U.S., but now we’re asking them to fly into hot spots around the world,” Mr. Kirby said.

Both unions were extremely supportive of vaccinations but adamant that the airline should give workers incentives to get vaccinated before imposing a mandate. “We emphasized voluntary incentives and education,” Captain Insler said.

Other airlines had been offering incentives, and Mr. Biden was calling on all employers to do so. A mandate would strike workers as unfair and create unnecessary conflict, the flight attendants’ union argued.

“The more people you get to take action on their own, the more you can focus on reaching the remaining people before any knock-down, drag-out scenario,” said Sara Nelson, the president of the Association of Flight Attendants, which represents more than 23,000 active workers at United.

Then, shortly after Mr. Kirby’s decision a few weeks later, the airline began informing the two unions that it would impose the mandate in early August. Employees would have to be vaccinated by Oct. 25 or within five weeks of a vaccine’s formal approval by the Food and Drug Administration, whichever came first. The timing was intended to ensure that the airline had adequate staffing for holiday travel, said Kate Gebo, who heads human resources.

This time, the unions were more resigned.

Getting Over the Finish Line

The success of the incentives — about 80 percent of United’s flight attendants were also vaccinated by the time the airline announced its mandate in August — inspired the company to expand them to all employees, offering a full day’s pay to anyone who provided proof of vaccination by Sept. 20.

The company hadn’t surveyed its workers, but estimated that 60 to 70 percent were already vaccinated. Getting the rest there wouldn’t be easy.

The State of Vaccine Mandates in the U.S.