FRANKFURT (Reuters) – Deutsche Bank (DBKGn.DE) said on Friday that the impact of the coronavirus outbreak may affect the lender’s ability to meet its financial targets as the fragile bank undergoes a major revamp after years of losses. 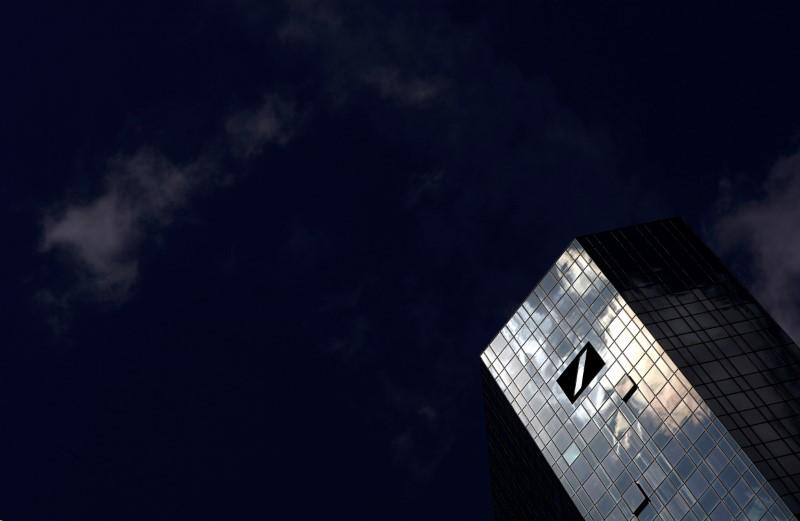 The warning is the first time that Germany’s largest lender has sounded the alarm on the outbreak, which has upended the bank’s operations by causing it to split teams globally and cancel major events. Deutsche’s shares have fallen to a record low amid a broad market rout.

“We may be materially adversely affected by a protracted downturn in local, regional or global economic condition,” the bank said in its annual report.

The bank said on Friday that its forecasts in its annual report didn’t factor in the effect of the virus. The bank is expected to provide an update on the outlook later in April when it reports earnings for the first quarter.

The bank has been trying to engineer a turnaround, and some executives and investors privately fear that the outbreak could stall the bank’s restructuring efforts.

Last year, Deutsche posted a 5.7 billion euro ($6.13 billion) loss, its fifth in a row, as the cost of its latest turnaround attempt hit earnings.

Until the outbreak of the coronavirus in Europe, things had been looking up for Deutsche this year. Its shares rallied, it successfully issued a risky bond, regained market share in Germany and added new top investor.

Separately, the bank announced that Deutsche Boerse (DB1Gn.DE) chief Theodor Weimer will be nominated to the bank’s supervisory board.

“We will gain an expert with deep knowledge of the German and European financial industry as well as an outstanding banker,” Deutsche Bank chairman Paul Achleitner said.

Reuters reported last year that some big investors would like Weimer to take over from Achleitner.

Weimer “will join as a normal member of the supervisory board”, a Deutsche Boerse spokeswoman said.