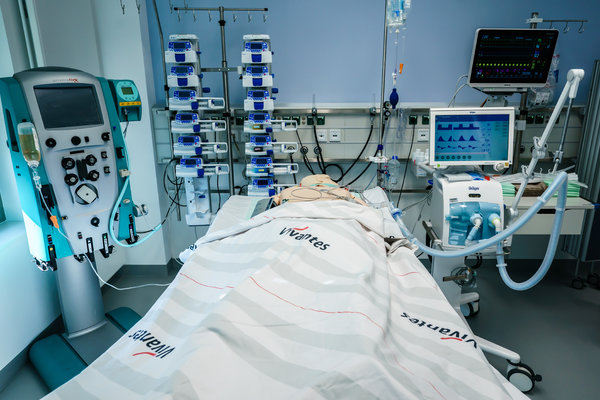 Good morning. The goal of “opening up” the U.S. economy by April 12 didn’t last long — social-distancing guidelines have been extended to April 30. (Was this email forwarded to you? Sign up here.)

The crisis in manufacturing

President Trump took office promising a renaissance in manufacturing. But when the coronavirus crisis required ramping factories to make ventilators, “the White House’s ability to gather the power of American industry crumpled,” the NYT’s David Sanger and Maggie Haberman write.

Automakers have retooled plants to build ventilators, but received mixed messages from the administration, which last week invoked emergency powers to compel the production of the lifesaving machines. Mr. Trump criticized G.M. and Ford for perceived delays on Friday, before praising them on Sunday.

• G.M. partnered with Ventec, a ventilator specialist, to accelerate production by using the carmaker’s plant in Indiana. The two were deep in round-the-clock preparations when Mr. Trump accused the carmaker’s C.E.O., Mary Barra, of “wasting time.”

• Worry over getting on the president’s bad side, the NYT’s Neal Boudette and Andrew Jacobs report, has made other executives think twice about volunteering their resources “for fear of ending up becoming targets for Mr. Trump as Ms. Barra had.”

“The stalled efforts to create a new class of cheap, easy-to-use ventilators highlight the perils of outsourcing projects with critical public-health implications to private companies; their focus on maximizing profits is not always consistent with the government’s goal of preparing for a future crisis.”

This isn’t a uniquely American problem. The British government’s ventilator-purchase plans are also in disarray. The C.E.O. of Germany’s Drägerwerk, one of the world’s largest ventilator manufacturers, told the FT that he was “skeptical” of non-specialists’ ability to ramp up production of the machines. He also worries about a shortage of supplies as demand soars around the world.

• When the crisis subsides, the scramble to build ventilators will provide plenty of material for studies about how to better align public policy with corporate planning.

Washington is prepared to spend trillions on helping the country recover from the pandemic. That has lobbyists and influence peddlers pressing for some of the money, the NYT’s Ken Vogel writes.