NEW YORK (Reuters) – The coronavirus shockwaves rippling through U.S. stocks are forcing investors to contemplate outcomes more dire than a recession, including several quarters of declining economic activity, a credit crisis or even a depression.

The rising global toll from the pandemic and the uncertainty over how far it may spread has left investors and economists scrambling to gauge the financial fallout.

“This market looks like it has already priced in most of a garden variety recession,” said Frances Donald, global chief economist at Manulife Investment Management. “It is now on top of that having to price in some probability of a credit crisis.”

Forecasters at Goldman Sachs and other banks are now projecting a steep economic contraction in at least the second quarter as governments in the United States and Europe start shutting restaurants, closing schools and calling on citizens to stay home.

But there is hope among some economists that economy will start expanding again later this year — depending in part on efforts to contain the virus, known as Covid-19.

The S&P 500 on average has fallen 28% from peak to trough during recessions, according to an analysis of the past 70 years from Keith Lerner, chief market strategist at Truist/SunTrust Advisory Services. As of Monday’s close, the benchmark index had declined 29.5% from its Feb. 19 closing record high.

But the market’s plunge was much deeper over a decade ago during the financial crisis, with the S&P 500 tumbling more than 50%.

“A 2008-like financial contagion is not yet priced into this market,” Donald said, but she added the market “probably won’t have any reassurance that we have avoided that 2008-type scenario completely until we see a calming of credit spreads and the pace of Covid-19 cases starts to decline.”

Stocks crumbled anew on Monday a day after the Federal Reserve took emergency action designed to cushion the economy, using tools similar to those the central bank deployed to help the country emerge from the 2007-2009 financial crisis.

The market’s reaction on Monday after the Fed’s “drastic action” is “a sign of a total breakdown of confidence,” said Peter Cardillo, chief market economist at Spartan Capital Securities. “That’s raising the question of how steep of a recession are we going to endure.” 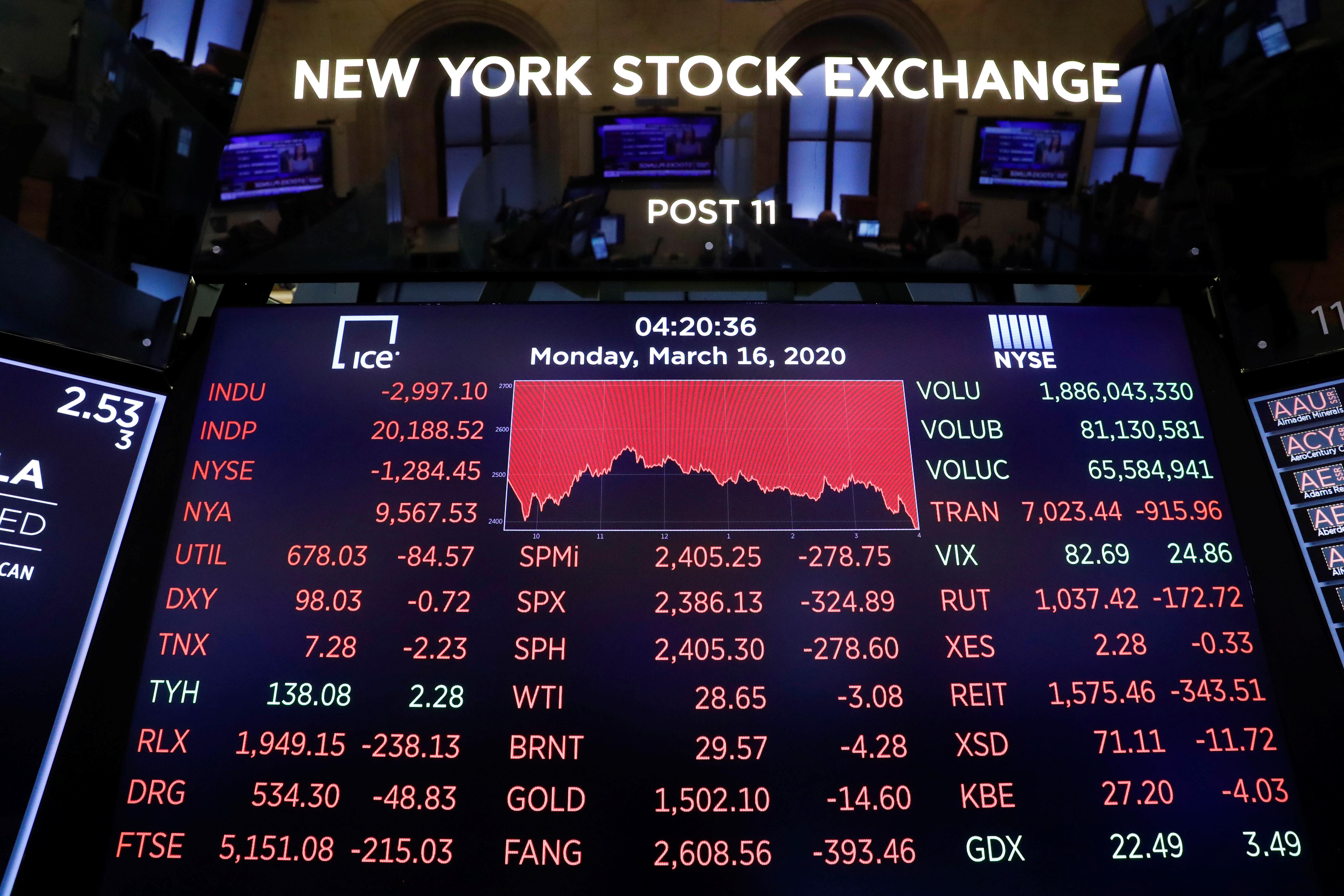 Joachim Fels, PIMCO’s global economic advisor, said in a written commentary that a global recession appeared to be a “foregone conclusion” and that the task for governments and central banks was to ensure that the recession “stays relatively short-lived and doesn’t morph into an economic depression.”

Fels loosely defined a depression as “a combination of a prolonged slump of activity that last longer than just a few quarters, a very significantly rise in unemployment, and mass business bankruptcies and bank failures.”

Data out of China, where the pathogen originated late last year, underscored just how much economic damage the disease had already done with industrial output plunging 13.5% and retail sales 20.5%.

At least one other big Wall Street name appears concerned that the current crisis could snowball into something bigger than a recession.

Billionaire investor Ray Dalio, whose main Bridgewater Associates LP hedge fund fell sharply amid the coronavirus-led market rout, is worried that the Fed and other central banks may have already expended a good deal of their firepower by cutting rates to near zero.

In a note on Monday, Dalio said he had been concerned that the next economic downturn would “lead to hitting the 0% interest rate floor with a lot of debt outstanding and big wealth and political gaps in the same way that configuration of events happened in the 1930s.”

Strategists at Deutsche Bank said in a note last week that the market’s recent volatility, marked by the swings of over 3% in the S&P 500, was coming at “a frequency previously seen only in the Great Financial Crisis and the Great Depression.”

Following the Fed’s action, Wall Street’s focus is now on what fiscal policies governments will enact, and even more so, on what can be done to contain the virus.

“Nothing else matters if we can’t get this under control,” said Eric Winograd, chief U.S. economist at AllianceBernstein.

“I don’t think it is quite pricing in a prolonged depression scenario at this stage and I think it is probably appropriate not to,” Winograd said. “That’s not the base case.” 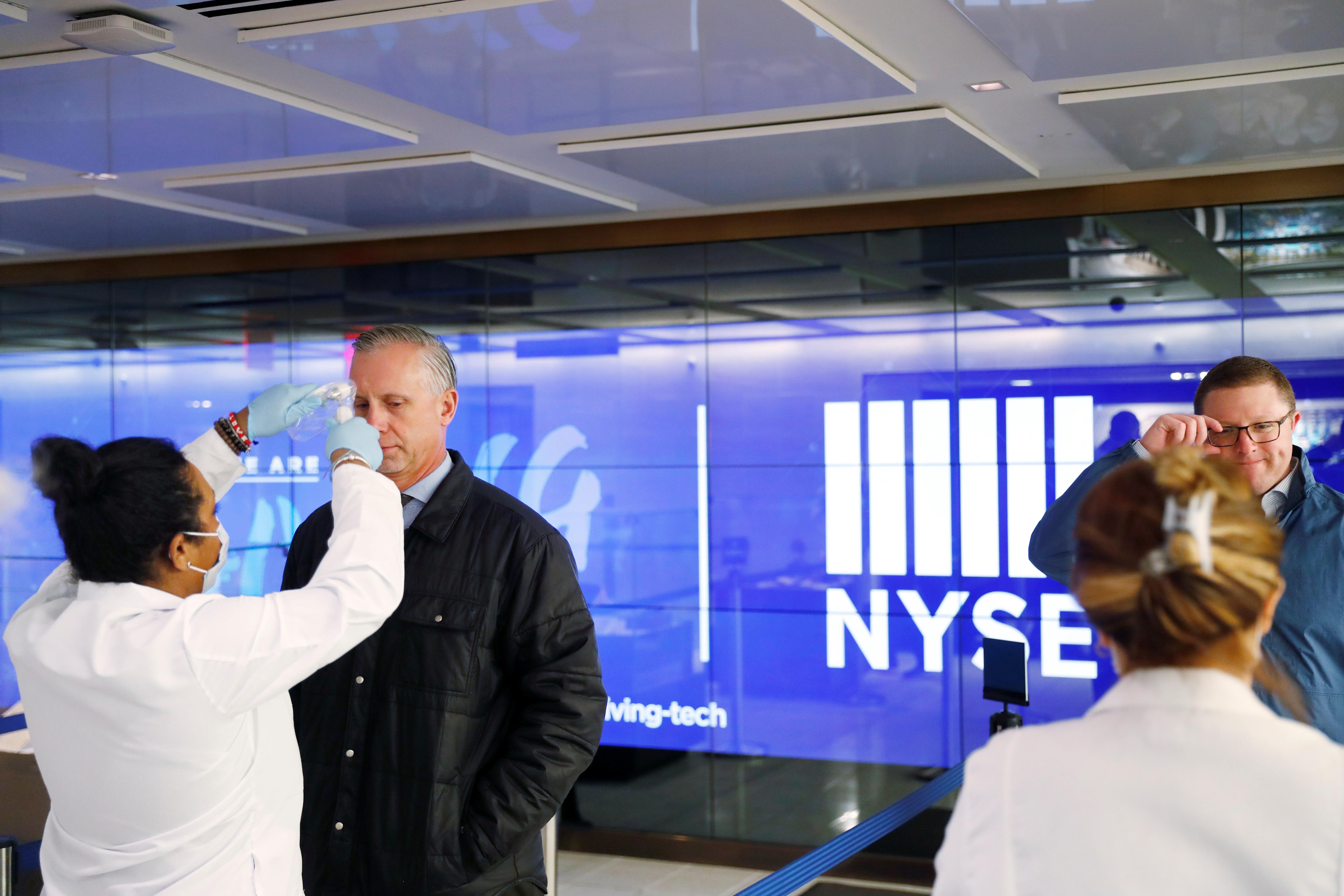 However, Winograd said he was concerned the situation could turn into a “durable recession” that stems in part from distress in the banking sector.

“If we end up in a multiple-quarter level decline, I would expect there still to be significant downside for the market.”