NEW YORK (Reuters) – From airlines and cruise lines to retailers and energy companies, investors are fleeing large pockets of the corporate credit market, worried that the coronavirus pandemic will lead to bankruptcies, defaults and credit rating downgrades. 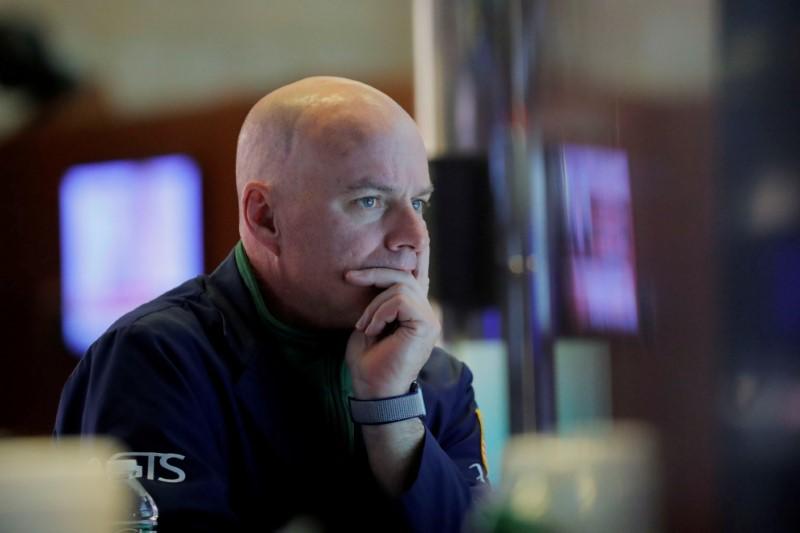 The premium investors demanded to hold riskier junk-rated credit rose to 904 basis points over safer Treasury securities on Wednesday, its highest level since 2011, according to the ICE/BofA high-yield index .MERH0A0.

With liquidity rapidly drying up in short-term funding markets and more companies drawing down on their credit lines, the Federal Reserve has taken a raft of measures over the past week to ease the strain, including urging banks to use its discount window and providing cash through the commercial paper markets. The unabated rise in corporate borrowing costs, however, shows that strains in the financial system remain.

Airlines, auto suppliers, apparel, gaming, lodging and leisure are among the sectors that will be most affected in the short term, according to credit ratings agency Moody’s Investors Service Inc. Under its baseline scenario, Moody’s expects the coronavirus outbreak to negatively affect around 16% of North American companies. Under its worst-case scenario that number would jump to 45%

The costs to insure billions of dollars in debt of Royal Caribbean Cruises Ltd (RCL.N), American Airlines Group Inc (AAL.O) and other companies have also soared, as investors fret that slowing growth could overwhelm the companies’ ability to repay debt.

These credit default swap (CDS) prices provide a kind of heat map showing the perceived credit risk from the travel bans and halted business activity that the pandemic has triggered. Some economists said this week that the global economy is already in a recession, and credit ratings of Boeing Co (BA.N) and several airlines have been lowered.

That compares with a 205% increase in an index of 125 investment-grade companies over the same period.

The cruise industry has been hit especially hard after the virus spread via several ships leading to passenger quarantines.

Royal Caribbean and Carnival did not immediately respond to requests for comment.

“American Airlines’ credit spreads suggest that it is at risk of default,” said Zox. “They do have significant liquidity and unencumbered assets but this is a brutal environment.”

Delta Air Lines Inc (DAL.N) CDS prices jumped 672% in the last month to 502.124 basis points on Wednesday, according to IHS Markit. By that measure, it is the safest credit risk of the major U.S. carriers.

American Airlines and Delta Air Lines did not immediately respond to requests for comment. The major U.S. airlines and Boeing sought tens of billions of dollars in government aid this week.

Boeing and General Electric Co (GE.N) are affected by exposure to falling demand for jetliners and engines, which are likely to stay low even after the virus subsides. Analysts expect airlines to defer plane orders while they try to rebuild their financial strength.

Boeing’s CDS price hit 490 basis points on Wednesday, up 736%, from four weeks ago, according to IHS Markit. The rise also reflected Boeing’s exposure to billions of dollars in costs from the grounding of its 737 MAX aircraft a year ago.

GE’s CDS prices were up 370% at 267.75 basis points on Wednesday, compared with a month ago. More than two-thirds of GE’s revenue comes from its commercial jet engine business, which is the sole engine maker for the 737 MAX. GE also has $91 billion in debt, with $13.35 billion of bonds due this year, and expects a net cash outflow in the first quarter.

To be sure, both companies have substantial cash and other assets on hand. Boeing recently drew a $13.8 billion loan. GE has $35 billion in credit it can tap and expects to receive a $20 billion cash infusion this month from the sale of its biopharma business.

Boeing’s current CDS prices are higher than those it hit during the financial crisis, but GE’s are not, Zox said.

GE has since sold most of GE Capital, the finance unit that nearly sank the company during the financial crisis. GE Capital’s CDS reached 733 basis points in March 2009, Zox said.

A GE spokeswoman noted the company’s significant cash assets on its balance sheet. “We have a strong liquidity position with more than $17 billion at GE Industrial, nearly $19 billion at GE Capital, and access to more than $35 billion of available credit facilities,” she said.

On Monday, Standard & Poors cut Boeing’s credit rating to BBB from A-minus, saying it now expects cash outflow of as much as $12 billion this year, with an inflow in 2022. S&P said Boeing remains on watch for further cuts due to weak cash flow and “effects related to the coronavirus.”

Boeing did not immediately respond to a request for comment.