WASHINGTON (Reuters) – As President Donald Trump scrambles for new ways to cushion the economic blow from the fast spreading coronavirus, industry groups, lawmakers and even some government officials are reviving a previous request: cut tariffs on Chinese and other imported goods. 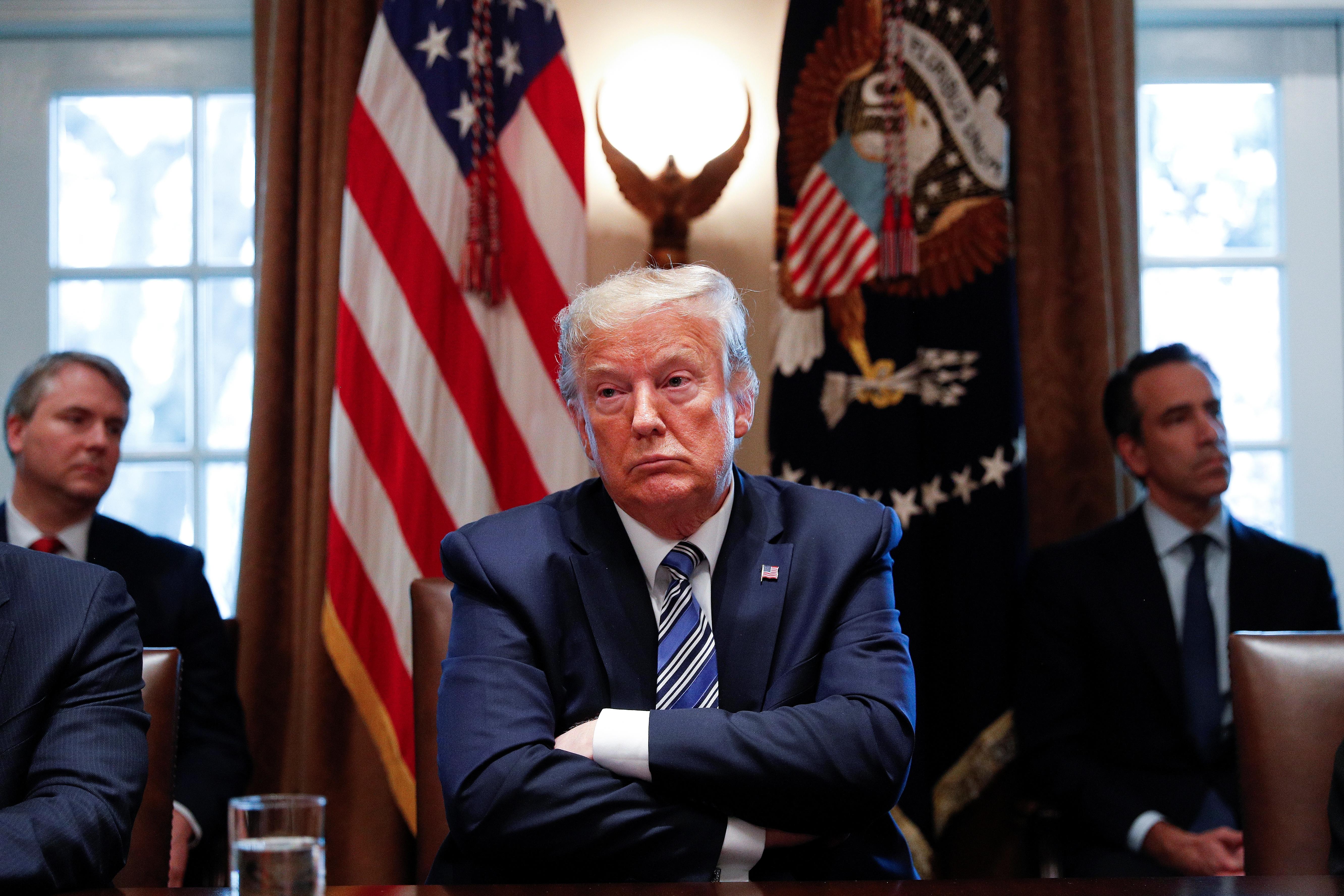 Anti-tariff forces both outside and inside the government see the virus crisis as the biggest opportunity for rolling back at least some import taxes since a U.S.-China “Phase 1” trade deal was reached in December.

They say repealing a Trump protectionist policy could save American companies and consumers billions of dollars and send a positive signal to investors, who sent U.S. stocks down about 10% on Thursday into bear market territory.

Tariffs of up to 25% remain on some $370 billion worth of Chinese goods imports annually. U.S. importers were billed for $48.1 billion in duties on Chinese goods from the Trump administration’s “Section 301” tariffs over the past 20 months, according to U.S. Customs and Border Protection.

“This is a tax that is fully within the authorities of the executive branch, so they can very quickly give American businesses and American consumers a tax cut by lifting the tariffs that are in place,” U.S. Representative Stephanie Murphy told Reuters on Thursday.

The Florida Democrat urged U.S. Trade Representative Robert Lighthizer on Wednesday to declare a trade “detente” by removing tariffs on both Chinese and European goods to aid small and medium-sized businesses.

Lighthizer, who for three years has led the Trump administration’s efforts to impose tariffs on Chinese goods, “was not receptive to the idea” during a closed-door meeting with members of the House Ways and Means Committee, Murphy said.

USTR did not respond to a request for comment.

The U.S.-China Business Council is also pressing for tariff reductions by both China and the United States as a way to help both economies weather coronavirus pressures.

“Both economies are suffering from a common challenge,” said USCBC President Craig Allen. “Both sides should use this as an opportunity to rein in the self-inflicted damage that tariffs cause.”

But there were differing views on tariffs within the Trump administration, Allen said, with “no clear consensus on moving forward with a tariff reduction no matter how obvious it may be that it’s in both countries’ interest.”

Trump has touted his tough stance on China trade as a key differentiator from Democratic challengers in the November presidential election. Keeping tariffs in place on Chinese goods allows him to say he is maintaining leverage over China for a Phase 2 trade deal.

But rapidly deteriorating financial markets and worries that COVID-19, the disease caused by the new coronavirus, will grind worldwide economic activity to a halt may be changing some trade thinking inside the administration, said a person familiar with White House trade deliberations.

“It’s not likely to happen” because of the election argument, the person said. “But COVID has changed a lot of things and industry sees an opening here.”

Before the coronavirus significantly reduced its global forecasts, the International Monetary Fund had estimated that U.S. and Chinese tariffs still in place after a Phase 1 trade deal would reduce 2020 global economic output by about 0.5%, or around $450 billion.

The National Association of Manufacturers on Monday published a coronavirus action plan that urged the administration to “develop a targeted list of products for which Section 301 tariffs and retaliatory tariffs can be suspended or removed to spur economic growth and job creation.”

“The Wall Street representatives in and out of the administration constantly push for tariff cuts, from the time the deal was struck through last week,” Scissors said. “The risk of a trade deficit jump later in the year, as the China tries to export its way to a V-shaped recovery, has blocked them.”

Mnuchin told lawmakers last week that tariff reductions were not being considered at that time but as the situation progresses, “we’ll look at all the options that we think are important” to aid small firms and certain sectors of the economy.

White House trade adviser Peter Navarro, the administration’s loudest anti-China voice, tamped down any speculation that tariffs might be lifted.

“There are no discussions within the White House about that. That is simply a fake news gambit by the usual Wall Street suspects who never met an American job they didn’t want to offshore for the sake of a buck,” he said.

Even economists who support lifting tariffs say it may not be effective as a short-term stimulus.

“Permanently lifting the tariffs on China is a good idea,” said Heritage Foundation economist Paul Winfree. “Rapid changes in trade policy linked specifically to the pandemic might not give them the bump they want because it will contribute to the long-run trade uncertainty that has depressed growth.”