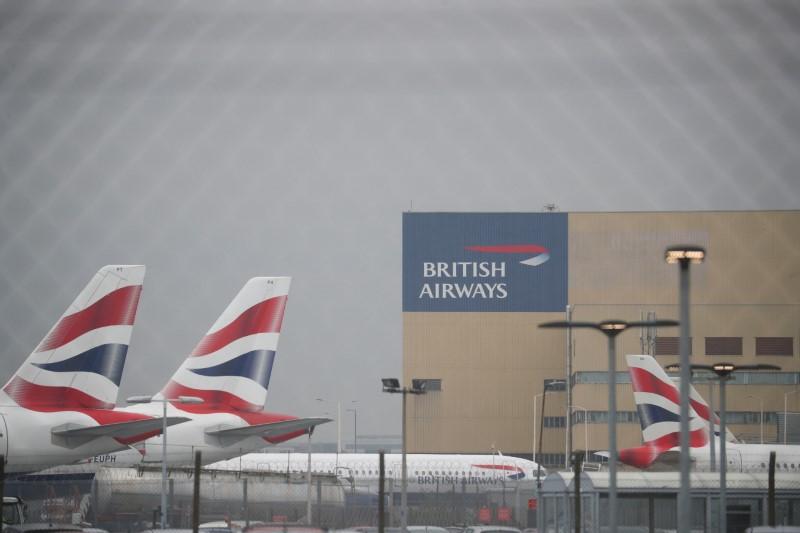 LONDON (Reuters) – British Airways pilots will have to take two weeks of unpaid leave in both April and May as well as a deduction from basic pay over three months, it said in a letter to pilots on Friday.

Chief Executive Alex Cruz last month told BA staff of plans to cut jobs and ground aircraft as he warned that the airline faces a battle to survive after coronavirus brought most air travel to a standstill.

In the letter to pilots, the airline said it had agreed to initial measures with pilots’ union BALPA to address “the immediate threat to the business in the face of COVID-19 and the unprecedented impact this is having on the airline”.

The Financial Times had earlier reported that pilots would face a 50% cut to their basic salary for April and May.

British Airways, which is owned by IAG (ICAG.L), indicated that it aims to avoid compulsory redundancies and is keeping its options open so that it can respond quickly once demand for air travel returns.

“We are committed to finding solutions and will focus any future discussions on exploring and exhausting all voluntary measures,” the BA letter said.