Foot traffic was down considerably and internet sales surged during a holiday weekend altered by the coronavirus. 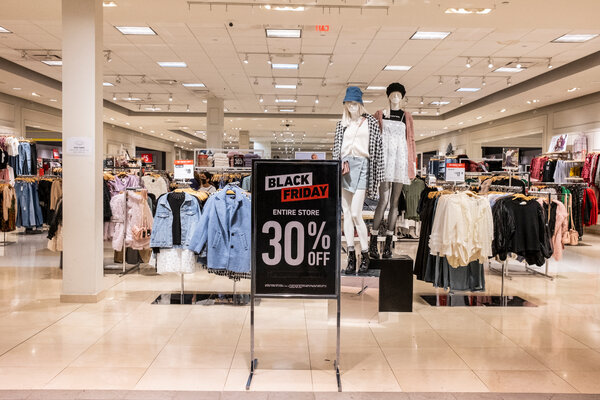 By Sapna Maheshwari and Michael Corkery

The 2020 edition of Black Friday did not offer the usual scenes of bustling stores and shoppers lined up outside discount chains and electronics retailers. Instead, most people bought online, if they bought at all.

Crowds at malls and city shopping districts were relatively sparse over the holiday weekend in the face of rising coronavirus cases and warnings from the Centers for Disease Control and Prevention to avoid large groups. Major chains closed on Thanksgiving, after years of being open that day. And many Americans did their shopping before the weekend even began, drawn by sales that began in October.

Analysts at Morgan Stanley estimated that retailers’ overall Black Friday sales fell 20 percent from last year, based on early reports of drops in store foot traffic and increases in online sales. Consumers spent $9 billion online on Friday, a 21.6 increase from last year and the second-biggest figure for online retailers ever, according to Adobe Analytics, which scans 80 percent of online transactions across the top 100 U.S. web retailers. The firm said online sales rose to $23.5 billion in the four-day Thanksgiving-to-Sunday period, up 23 percent from last year.

“This wasn’t a Black Friday, it was a bleak Friday in stores,” said David Bassuk, global co-head of the retail practice at AlixPartners, a consulting firm. “It is such a stark contrast to past years. The stores were really ghost towns.” 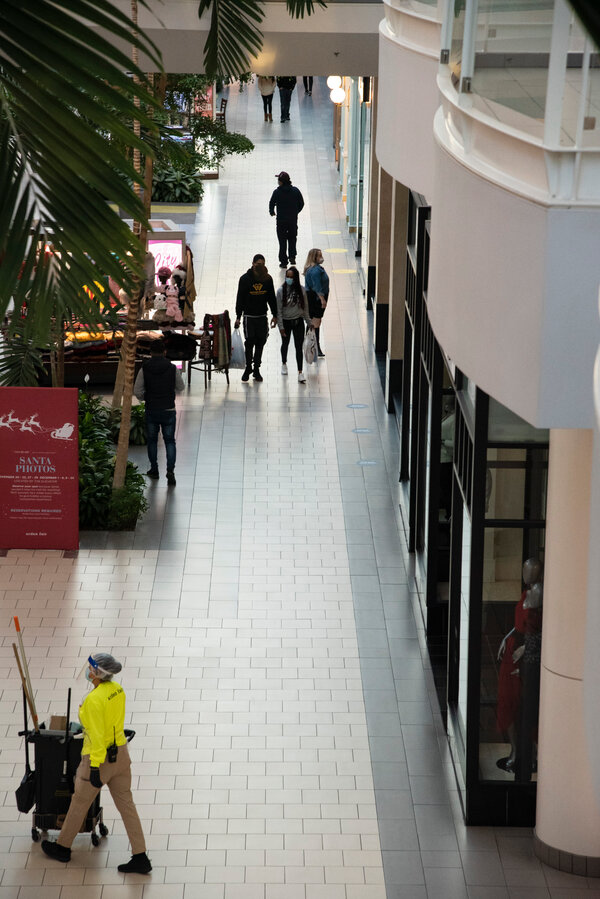 The early results from the weekend, which has traditionally kicked off holiday shopping in the United States, show how the season is being upended by the pandemic. Major retailers started offering deals well before Halloween, a shift that was amplified by Amazon’s decision to hold its annual Prime Day event in the middle of October. Consumers have been encouraged to shop early to avoid shipping delays. Chains have replicated deals once limited to stores on their websites and canceled visits with Santa Claus to minimize crowds.

Americans were already spending online before the pandemic, but the crisis has accelerated the trend. About 59 percent of shoppers had started their holiday shopping by early November this year, the National Retail Federation said. Shopper foot traffic declined 52 percent on Friday, according to data from Sensormatic Solutions.

“The ability to pull the holiday forward may linger with us,” said Simeon Siegel, a retail analyst at BMO Capital Markets. “It’s been a long time since Black Friday was simply three hours in the morning on Friday. Black Friday was already stretched into early November, it just happened to make it into October as well.”

During earnings calls in November, several retail executives said they were uncertain about how much holiday shopping had actually been done in October and early November. Matthew Bilunas, chief financial officer at Best Buy, said that “it’s really difficult to predict exactly how much was pulled into” the third quarter.

Most retailers operate on a calendar where the fourth quarter starts in November and ends in January, in part to fully capture the holiday shopping season.

“We think it’s going to be a prolonged shopping season,” Brian Cornell, chief executive of Target, said on a separate call. “We’re going to see very different shopping patterns. We don’t expect to see those big spikes during Black Friday and on weekends.”

Sales on Monday — known as Cyber Monday since it was concocted in 2005 —  are expected to exceed those on Friday.

But while consumers have flocked to deals online, Mr. Siegel said, many retailers had carefully managed inventory and promotions and were largely holding the line on prices compared with 2019.

“People have become accustomed to doorbusters and ever-deeper promotions,” he said. “The reality is at most companies, the headline promotions are, at most, flat to last year.”

The bigger question for retailers is how the jump in online sales may eat into their profits, since they have to spend additional money on shipping and processing returns. Black Friday was traditionally considered the day that retailers went from being in the red to becoming profitable, or in the black, for the year.

“The idea of retailers moving into the black on Black Friday has also evaporated,” said Mr. Bassuk of Alix Partners. “Yes, there is more volume, but as that volume shifts to online, it becomes more costly for the retailers.”

While the number of shoppers visiting just about every store on Black Friday was down markedly from previous years, those who did venture out were not there to window-shop.

“This is a trend we’re expected to see at this Covid Christmas,” Mr. Johnson said in an email.

While the results of this year have prompted some experts to portend the death of Black Friday, Mr. Siegel is among analysts who view 2020 as an outlier, anticipating that shoppers will return to stores once they feel it is safe to do so.

“The pandemic will leave us with a lot of new traditions but it’s not going to wipe away all of the prior,” he said.

The rest of the holiday shopping season will be closely watched as a barometer for the U.S. economy. Millions of people are still out of work or have been forced into part-time employment. Overall consumer spending, which drives as much as two-thirds of economic activity, has slowed in recent months along with the expiration of some emergency government spending programs.